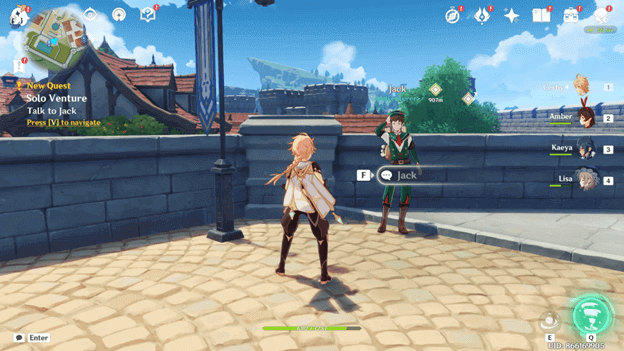 Following the storm that hit Mondstadt, some of the adventurers were given commissions to scout the movements in the area.

A man named Jack had a commission which was to observe monsters around the Thousand Winds Temple but it seems he was not ready for it.

Jack was almost caught by the monsters but was luckily rescued but left behind his Adventurer Handby and Map which he needs your help in retrieving.

How To Get Solo Venture Quest?

The Solo Venture quest is usually available once you have completed the Fine Opportunity Quest, which is available after completing the Dragon Storm quest. 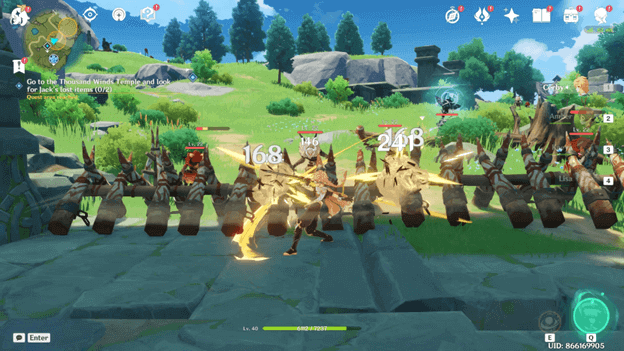 Once the quest starts, this objective will already have been completed and will finish right away, since Jack has already explained the situation.

He spoke about his need to reobtain his lost items, which are an Adventurer’s Handbook and his Map that was left behind when he was saved by an adventurer from monsters.

You will need to make your way to the two locations marked on your map, which are closest to the Temple of the Wolf.

To get to these areas, you can simply teleport to the temple or any nearby Teleport Waypoint that you have unlocked.

Once you are close to the first area, which will be closest once you have teleported to the Temple of the Wolf.

There will be a barricade that you need to destroy to get into the area, which you can do with a few attacks but there will also be Hilichurls nearby.

You will see an Investigation Marker nearby and can interact with it to obtain Jack’s Map and continue making your way to the next area.

There will be more Hilichurls in the area which you may defeat or you can simply rush to the Investigation Waypoint and interact with it to get his Adventurer’s Handbook.

3) Report Back To Jack

Once both of the lost items have been retrieved, you can now head back to Jack who you will need to speak with.

Jack will thank you for helping him retrieve the items and will reward you afterward for your efforts.

After you have completed the Solo Venture quest, you will receive Adventure EXP and Mora as well as additional rewards. 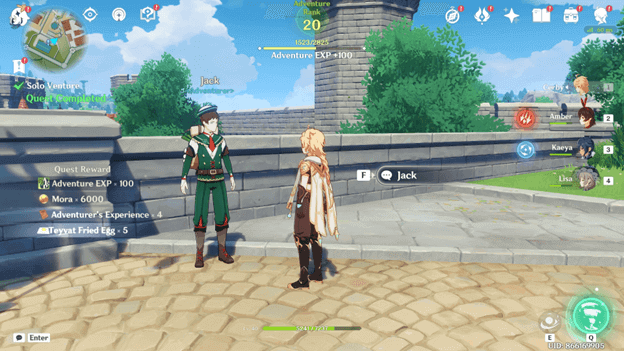 You have successfully brought back Jack’s lost items, which he claims are very important to him since he is an adventurer after all.

It looks like Jack might have been quite shaken up when he escaped the monsters he ran into but luckily you were able to retrieve his lost items.

He admits that it was embarrassing and it would have been a huge loss because he had a lot of markings in it.