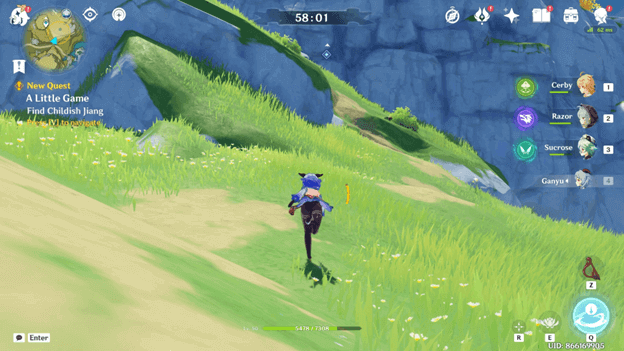 While adventuring around the mountains, you will see a strange man named Childish Jiang who is looking around and decides to approach him.

It appears this person is not actually up to anything bad but instead is bored and wants someone to play with.

After speaking with Childish Jiang, you agree to play a game with him to help pass the time and rid him of his boredom.

How To Get A Little Game Quest?

A Little Game world quest can be started once you reach Mt. Tianheng, where Childish Jiang will be standing on a cliff. After you talk to Childish Jiang, the quest will start, and you will be able to play a game with him to complete the quest. 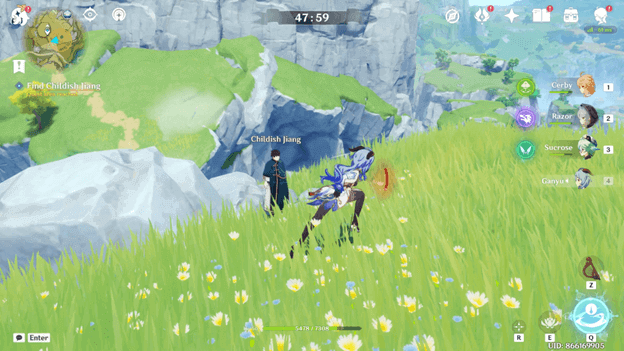 Once the quest begins, you will have a specific amount of time that runs out and you will need to find Childish Jiang before it does.

His first hiding spot will be marked on your map and you can easily find him to the north hiding behind a large boulder.

Once you have found him, he will be surprised and mention that even his father could not find him in that area and will ask you to continue playing. 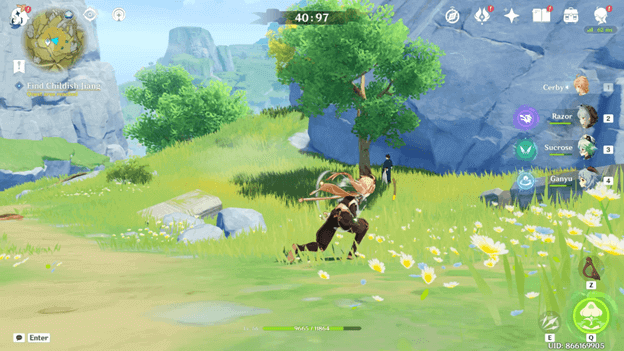 This time around, Childish Jiang will have hidden behind a tree which you can find as you head up north and look to your left.

Approach him once more before the time runs out and speak to him to win the round and proceed to the next round.

Childish Jiang mentions that behind the tree was his secret hiding spot which his mother could never figure out. 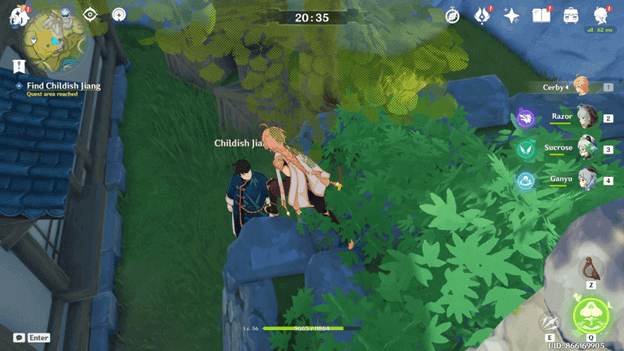 The next round of the game will be a bit tricky as Childish Jiang will be hiding behind one of the houses nearby.

Head to the area marked on your map and go between the houses and you will find him and will need to talk to him to progress to the last round.

Childish Jiang will comment that this will be his ultimate hiding place and says that you will never find him at the spot. 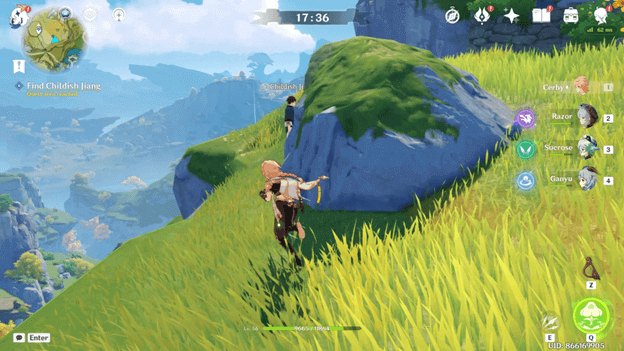 The next area will be marked on your map and will be just nearby where you found him earlier near the houses.

This time around, he will be hiding behind a large boulder near the cliff and you will need to talk to him once again within the limited amount of time given. 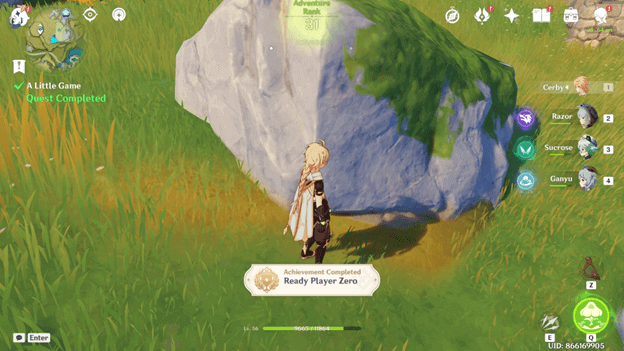 After talking to Childish Jiang, the game will be over, and he will give you a reward which he claims is from the hiding spots.

After you have completed A Little Game quest, you will receive Adventure EXP and Mora as well as additional rewards. 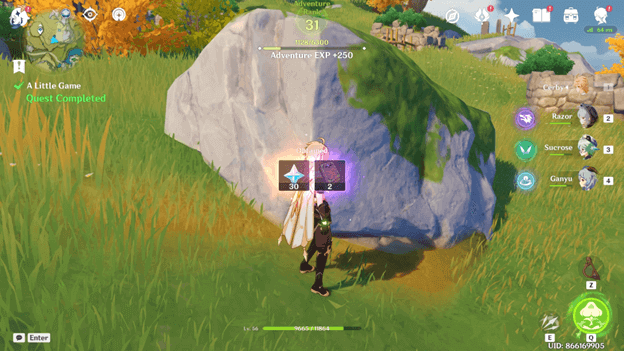 The man named Childish Jiang was up to nothing after all and simply just wanted to play a simple game of hiding and seek.

It turns out that his father had a lot of things hidden around and that is what he has rewarded you with for playing with him.

Lucky for Childish Jiang you were around and were able to play with him since his mother and father had been busy.