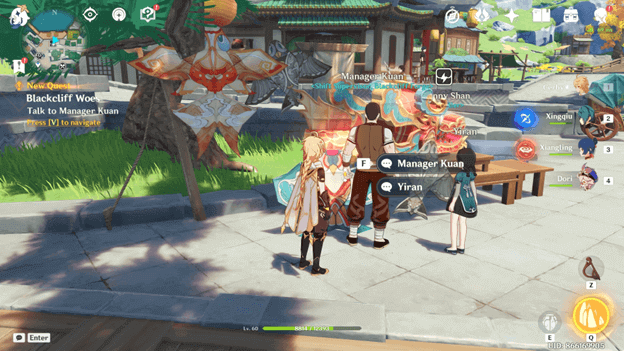 As you are wandering Liyue Harbor, you encounter a man and his daughter and notice the father is distraught for some reason.

After speaking with the man, it turns out he has been having some problems related to the Blackcliff Forge due to a band of monsters.

You have offered to aid this man which will require that you take care of the pests that have started to cause trouble in the area.

How To Get Blackcliff Woes Quest?

The Blackcliff Woes world quest becomes available once you have completed Chapter 1 – Of The Land Amidst Monoliths. You will be able to obtain this world quest by speaking to Manager Kuan who will be in Liyue Harbor next to the toy shop. 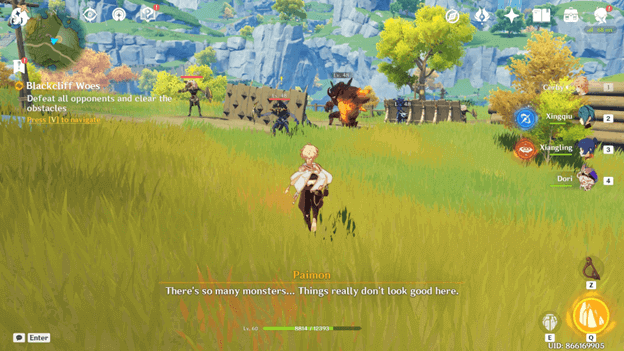 Manager Kuan will be next to the toy shop in Liyue Harbor, and it is after talking to him that you will be able to start this quest.

Once you have spoken with Manager Kuan, he will give you the details of what has happened, and you will offer to help.

3) Defeat All Enemies and Clear The Obstacles

As you reach the area, you will notice that Hilichurls are lurking about and will need to defeat them as well as clear any obstacles that they have placed.

You will need to defeat all the Hilichurls and destroy the barricades that they have placed, which are blocking the road.

After you have taken care of the Hilichurls in the area and have destroyed their barricades, you will need to proceed to the next area.

The next area you need to patrol will be marked on your map and will not be too far from where you currently are.

Continue making your way toward the next area and you will see a group of Treasure Hoarders in the area who are causing trouble. 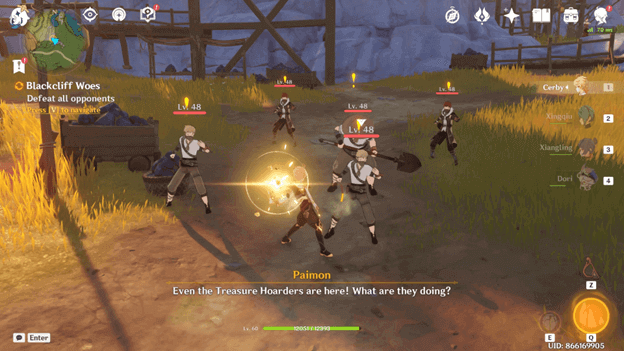 As you approach the area, the group of Treasure Hoarders will begin to attack you and you will have to clear them out.

Once the Treasure Hoarders have been dealt with, you will need to continue making your way to the last area that needs to be patrolled.

It is here that you will find a Hilichurl camp and some Hilichurls in the area which you will need to defeat before heading back. 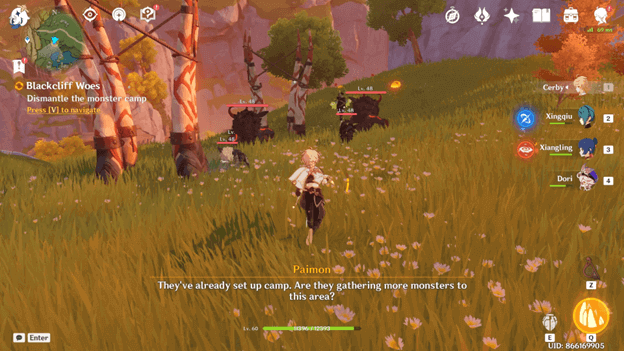 Not only will you need to defeat the Hilichurls, but you will also need to dismantle their camp, which simply means destroying their structures.

Take out all the Hilichurls in the area and be sure to destroy the structures that they have placed up and you can then head back to Manager Kuan.

8) Report Back to Manager Kuan

Once you have dismantled the monster camp, simply head back to Liyue Harbor, and speak with Manager Kuan, who will reward you.

After talking to Manager Kuan, he will thank you for helping and the quest will come to an end.

After you have completed the Blackcliff Woes quest, you will receive Adventure EXP and Mora as well as additional rewards. 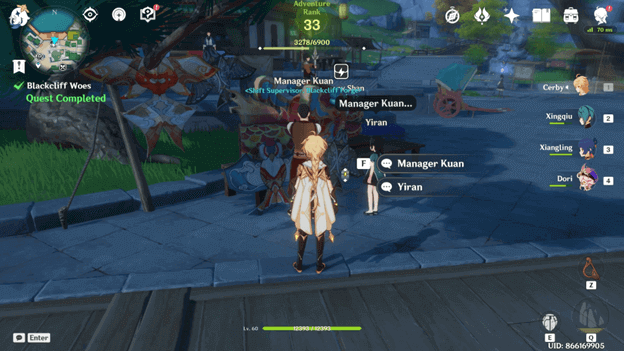 It seems that there was quite an amount of trouble being caused in the area which is what caused Manager Kuan’s business to have problems.

Now that you have dealt with the cause of the problem, Manager Kuan should no longer be having trouble in the future.

While it was initially monsters that you thought were the cause, there were also the human Treasure Hoarders which you were also able to put a stop to.