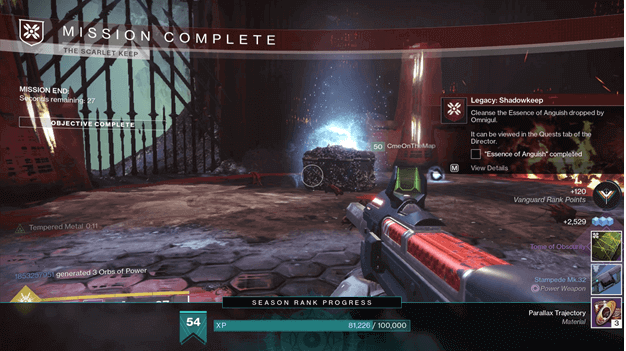 The Scarlet Keep has arisen on The Moon and you will need to investigate it and hunt down Hashladun, Daughter of Crota.

The appearance of Hashladun means that there is a greater hand at work and more is to be expected but for now you need to end her presence.

In this Strike, you will need to fight your way into The Scarlet Keep and defeat Hashladun, Daughter of Crota as soon as possible. 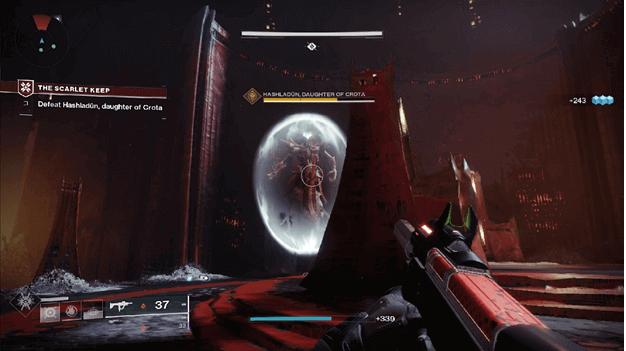 The Strike starts with you at the entrance of The Scarlet Keep and you will need to find your way inside, fighting enemies along the way.

Hashladun will create a spell that stops you from proceeding and you will need to defeat 2 Wizards to allow access to nearby orbs.

Once the Wizards are defeated, you will be able to grab an orb and will have to bring it to the marked location to break the spell.

Proceed further into The Scarlet Keep and fight your way as you progress further, crossing bridges and jumping gaps.

You will eventually find yourself in a large room with 3 altars that will need to be captured before you can proceed.

Stay within the radius of an altar and it will become captured after a short amount of time, allowing you to proceed once all have been captured.

After capturing the Altars, proceed towards the waypoint until you reach the center of the keep, which you will enter and find a round platform that takes you up.

This elevator-like platform will continue elevating and stop twice, which requires you to defeat at first one Wizard at the first stop and two on the second stop. (Destroy the crystal above the platform to continue).

Once the platform reaches the top, you will need to defeat enemies in the area to draw out Hashladun, and afterward, you finally go face to face with her.

Start fighting with Hashladun until you deplete part of her health and she will become invulnerable, which requires that you defeat the other enemies.

After the enemies have been cleared out, Hashladun’s barrier will disappear and you will be able to damage her again.

Repeat this until you completely deplete her life, defeating her which completes the Strike. 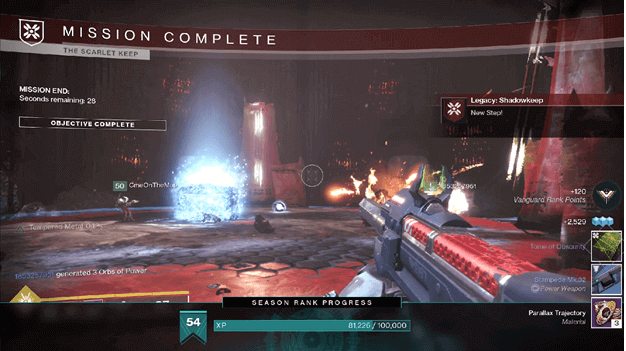 After infiltrating The Scarlet Keep, you were able to defeat Hashladun but there is most likely something amidst which should be watched out for.

Eris Morn believes that the Hive is up to something and this is most likely to involve the Pyramid’s influences.

For now, the issue with The Scarlet Keep is resolved but more is to be investigated when you are to learn more about the Pyramid.