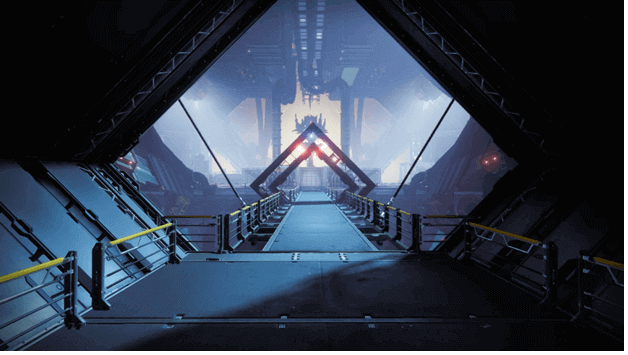 Season of the Seraph introduced a new activity that became one of the main go-to activities during the season, providing different rewards.

During the season, players would need to complete this type of activity to progress with the seasonal quest known as More Than A weapon.

Even after the Season of the Seraph, Heist Battlegrounds stands as an activity that you can continuously do to get rewards from the season.

How To Unlock Heist Battlegrounds Playlist?

Players will need to have the Destiny 2 Season 19 Pass but if you have previously purchased The Witch Queen Deluxe Edition, this will already have been unlocked.

As you progress through the season, you will need to do certain missions which will later be familiar to each of the Heist Battlegrounds Playlist activities.

Heist Battlegrounds will always have a similar goal at the end, which is to reach the vault, enter it, and defeat the final boss.

You will need to fight your way through the earlier stages of each activity to reach the vault, where you must obtain a PDT Refraction Core.

Once the Refraction Core has been obtained, you will need it to break the seals on the vault so that you can proceed inside.

After entering the vault, you will need to face off against a boss, which is different based on which mission you have started.

During the fight, the boss will become invulnerable, and you will need to obtain Arc Charges that need to be deposited to break down the shield.

Once the boss has been defeated, the mission will be completed, and you will get rewards and may even open a Seraph Chest if you started a mission from the Heist Battlegrounds Playlist.

Seraph Chests are available at the end of a Heist Battleground Playlist and can be opened if you have at least 500 Seraph Key Codes.

The rewards may vary but are usually equipment from Season of the Seraph and these can be better if you have purchased upgrades from the Exo Frame.

Take note that starting the mission from a planet instead of the playlist will not yield a Seraph Chest at the end of the mission.

At the end of the Heist Battlegrounds activity, you will be rewarded with legendary gear, which mostly provides you with Season of the Seraph goodies.

Seraph Key Codes and Resonate Stem will also be acquired, and you can get even more rewards from opening a Seraph Chest.

As Season of the Seraph continued to progress, further missions were unlocked, expanding the activity to certain destinations.

The following are the missions that can be played from the Heist Battlegrounds Playlist:

Heist Battlegrounds activities can be a great way to obtain rewards from the Season of the Seraph and you can get even more once the Exo Frame has been upgraded.

If you are after specific gear from the season, it is best to unlock what you can by doing this activity so you can focus on items later.

One of the most important things when it comes to Heist Battlegrounds Playlist activities is to have Seraph Key Codes, which are very easy to farm by doing activities.