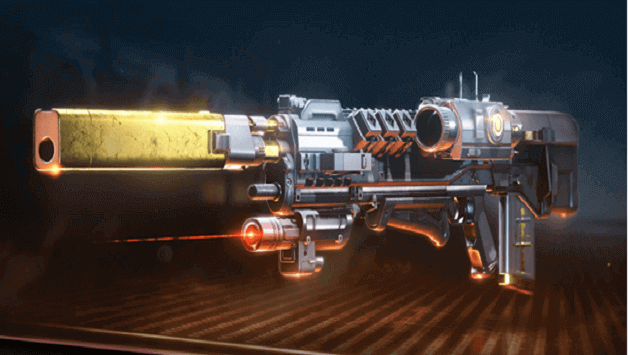 “The first of many.”

The Revision Zero is a weapon that was added to the game during Season of the Seraph and is obtainable by players who delve into its seasonal quests.

This weapon has innate shield-piercing ammunition and can be used to deal excessive damage to certain enemies.

With its intrinsic traits, the Revision Zero can be used to pack a large punch into enemies that you focus your shots on.

How To Get Revision Zero?

The Revision Zero is obtainable during Season of the Seraph by completing the Operation: Seraph’s Shield mission. You will be able to obtain this after you have completed the quest and can receive it as a reward during The Hidden Shape Exotic Quest. 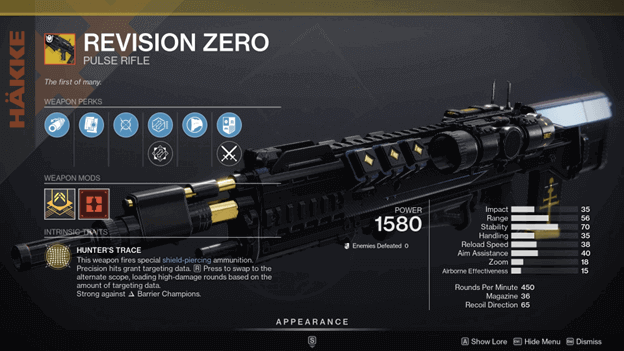 Revision Zero has a balanced barrel.

Revision Zero reloads faster when its magazine has been emptied.

When moving and aiming down the sights, movement speed and target acquisition will be increased.

Revision Zero fires special shield-piercing ammunition and Precision Hits will grant it targeting data which can later be used to deal high amounts of damage.

Pressing the reload button will allow you to swap to an alternate scope, which loads the high-damage rounds based on the targeting data that has been stored.

The Revision Zero catalyst has not yet been revealed but there may be one in the future, which we will add in this section later on.

The Revision Zero possesses good accuracy and can deal high amounts of damage, making it perfect for taking enemies out from almost any range.

Its ability to take out Barrier Champions makes it an essential weapon in the more difficult activities that you will do.

This Exotic Pulse Rifle can pack a punch thanks to its intrinsic trait, making it capable of easily shredding weaker and even strong combatants.