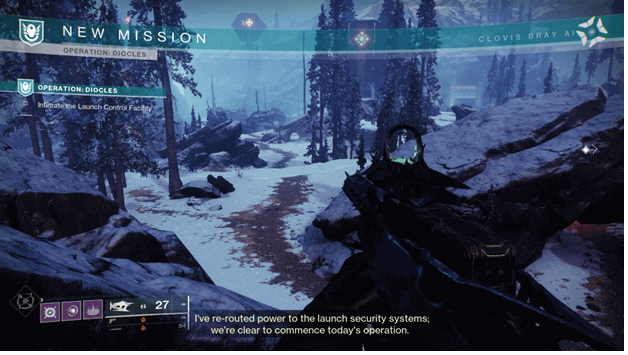 As you continue your attempts in finding a way to restore the Warmind to its former glory, Clovis has once again helped you out.

Clovis has discovered a terminal that lies within the Seraph Launch Facility, which could be where the codes you need may be found.

You will need to find your way into the facility and fight through the enemies that get in your way in an attempt to obtain the codes.

How To Get Operation Diocles?

Operation: Diocles can be started once you have reached quest step 15 in the Seasonal Quest called More Than A Weapon. You will need to complete Operation: Diocles to obtain codes from a Seraph Launch Facility to progress. 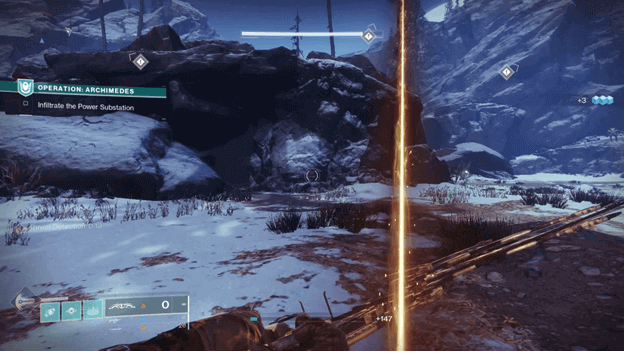 Starting from the outside of the facility you will need to run past the defenses and avoid the lasers as they will kill you if they remain locked for 15 seconds.

Once you are on the roof of the building, fight your way through the hive enemies and make your way to destroy a vent, and head down into the facility.

Continue making your way inside and avoid the laser until you reach the Seraph Facility Sublevels, where you will head further down by sliding. 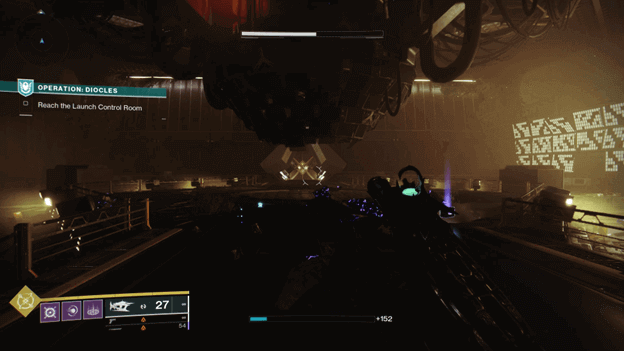 Proceed with making your way toward the waypoint and you will encounter Hive enemies that you will need to fight through.

The next path will have corridors that have Hive Crystals which need to be destroyed to allow you to proceed.

Defeat the enemies as well as the Crystalsinger Wizards that appear to remove the barriers from the Hive Crystals. 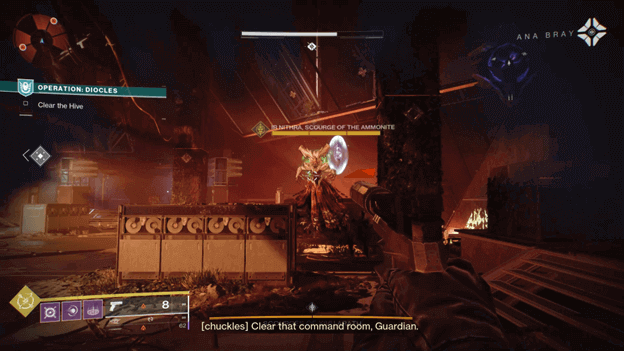 Once you reach the Launch Control Room, you will need to clear out the enemies within, which include two Hive Wizards.

4) Destroy the Hive Crystals to Remove the Wizard’s Shields

Go around the room and fight your way through the enemies as you destroy the crystals and after all have been destroyed, the two Hive Wizards will become vulnerable again.

With the Hive Wizards Vulnerable, proceed with fighting them once more until both have been defeated, which leaves you to clear out the rest of the enemies after. 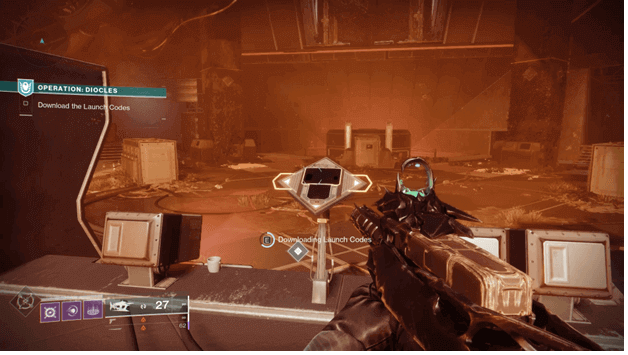 After clearing out the enemies, head over to the terminal and interact with it to begin downloading the launch codes.

Once the launch codes have been downloaded, the Operation: Diocles mission will be complete.

After completing the Operation: Diocles mission, you will be rewarded with Exo Frame Reputation, a piece of legendary equipment, and more.

You will also have acquired the Encrypted Launch Codes that will allow you to progress further with the Seasonal Quest. 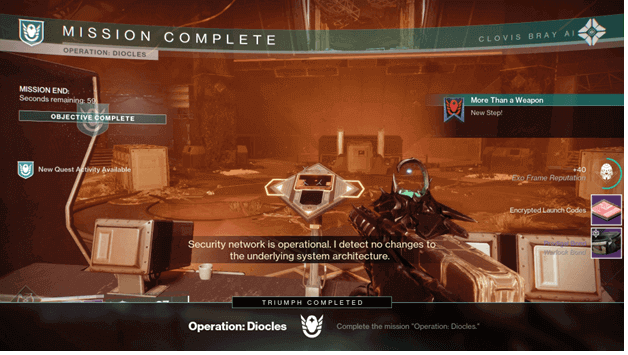 It may have been a tough fight taking on two Hive Wizards at once along with all their Hive minions but you were able to pull through.

The launch codes are encrypted and it is time for you to bring them back to find out what the next step will be in restoring Rasputin.

With the launch codes in hand, the team can now prepare for the next phase and the goal to restore the Warmind is getting nearer.