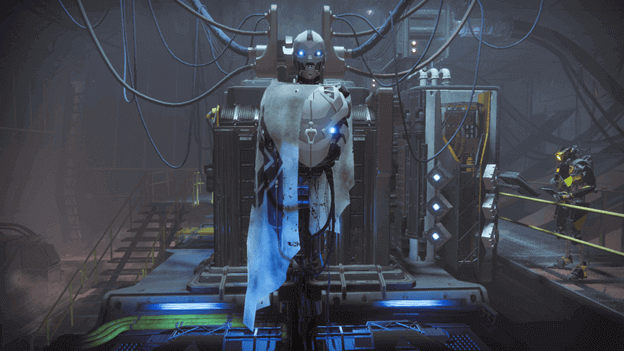 The Season of the Seraph brings on a whole new story and with it, a new Seasonal Vendor that you will be interacting with throughout the season.

The Exo Frame was an experimental frame created by Anastasia Bray and was later used to host Clovis Bray who was previously rescued.

Throughout the Season of the Seraph, you will be able to progress with the Seasonal Quest, take on bounties, obtain rewards, focus new gear, and more at the Exo frame. 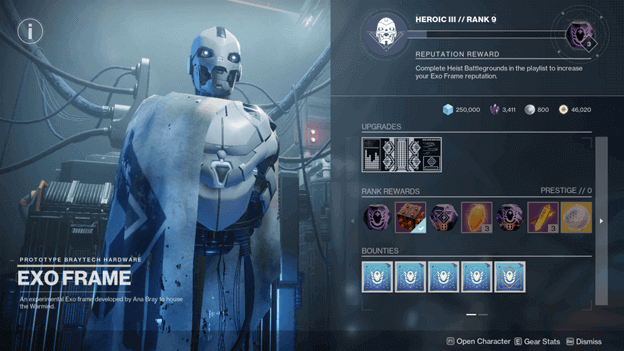 The following are the Exo Frame reputation rewards:

Once you have reached the max Exo Frame Reputation Rank, you will be able to reset it, providing you with an Ascendant Shard.

You will then be able to gain Exo Frame Reputation again, allowing you to get even more rewards as your rank increases.

This is a great way for you to farm a lot of goodies during the season and the rewards will be worth the effort.