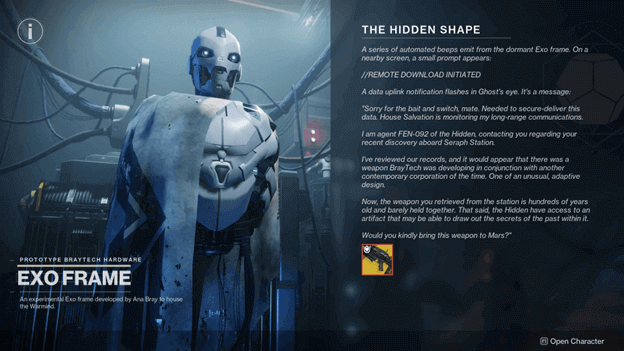 The Hidden Shape is an Exotic Quest that sets you on a path to improve Revision Zero, unlocking its capabilities.

Previously you were able to obtain an ancient weapon called the Revision Zero and now you need to find a way to keep it intact.

The Exo Frame has given you advice on what you need to do, which requires that you seek out The Hidden as the weapon is barely held together.

How To Get The Hidden Shape Quest?

The Hidden Shape is acquired once you have completed Quest Step 23 in the More Than A Weapon Seasonal Quest.

After completing the quest step, which requires you do the Operation: Seraph’s Shield mission, you will be able to obtain the Revision Zero and The Hidden Shape from the Exo Frame.

Obtaining the rewards during Week 3 will activate the quest for you and you can obtain the Revision Zero when speaking to the Exo Frame. 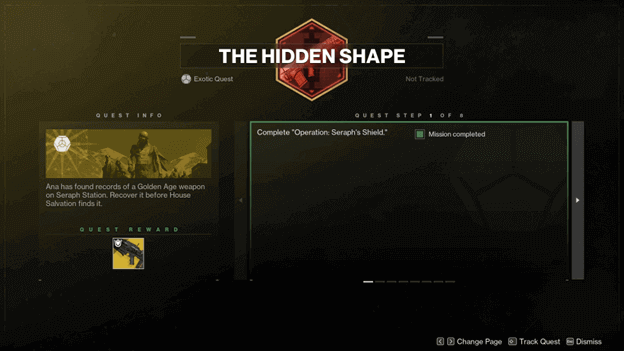 Ana has found records about a Golden Age weapon on Seraph Station which you will need to recover before House Salvation finds it.

Clovis wants to debrief you regarding the mission that you completed while you were aboard the Seraph Station.

A Hidden agent with the codename Fen-092 has requested your assistance to bring the ancient weapon to Mars for examination.

Step 4: Speak with Ikora Rey at the Mars Enclave, and complete “The Relic” quest to learn its secrets

A Hidden agent with the codename Fen-092 has requested your assistance to bring the ancient weapon to Mars for examination.

Step 5: Speak with Ikora Rey at the Mars Enclave, and complete the “Shaping: Extraction” quest to harness the power of Deepsight

The power of Deepsight – a Darkness ability to draw out secrets from the past – is required to extract Revisions Zero’s secrets.

Step 6: Speak with Ikora Rey at the Mars Enclave, and complete the “Shaping: Resonant Alloys” quest to unlock the full power of the Relic

Ikora Rey and her Hidden know of a special resource that can be used to draw out the latent history of ancient objects.

All that remains now is to shape Revision Zero from the past iteration of itself using the power of the Mars Relic.

Step 8: Commune with the Relic Conduit

It is time to complete the preparation for Revision Zero and nod you will need to commune with the Relic Conduit.

Beginning this quest will already reward you with Revision Zero from the start and later on, you will learn how to improve it further.

Following the steps of the quest will allow you to discover the upgrades and later on, you will be able to do quests that can unlock more parts for when reshaping. 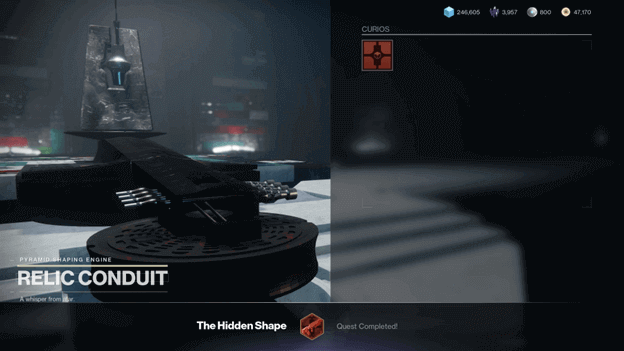 The Revision Zero is a powerful weapon and while you only obtained it in a rather poor condition, you will now be able to upgrade it into the perfect weapon.

Sooner or later you will be able to do a series of quests that will allow you to alter the other perks of this weapon to make it fit your preferences.