Season of the Seraph has introduced a new vendor which is now known simply as the Exo Frame, which is an experimental frame to house the Warmind.

Like most seasonal vendors, you can obtain several rewards as well as purchase upgrades to further boost what you can reap.

To purchase upgrades though, you will first need to get your hands on Exo Frame Modules, which can later be used when interacting with the Exo Frame. 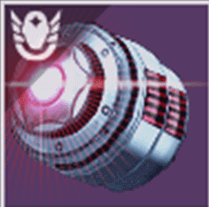 The more you progress throughout the season, the more you will be able to unlock the Exo Frame, which will provide you with many benefits.

During your progression in Season of the Seraph, you will be able to collect Exo Frame Modules that can be used to purchase different upgrades.

The following are the upgrades that you may purchase with Exo Frame Modules: 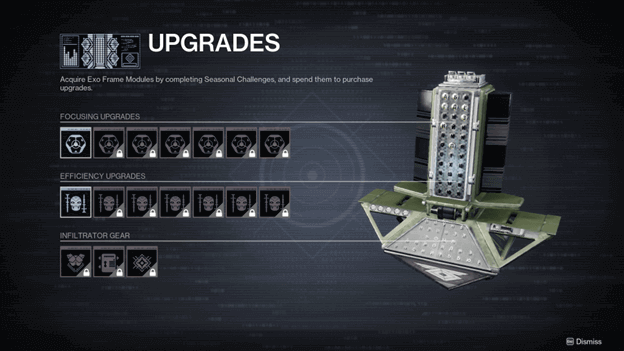 While there is no specific order required to progress faster, you can always follow certain paths to get more resources or prepare for farming rewards.

To make the most out of the Season of the Seraph, we suggest that the order below should be followed so that you can farm more in bulk once ready.