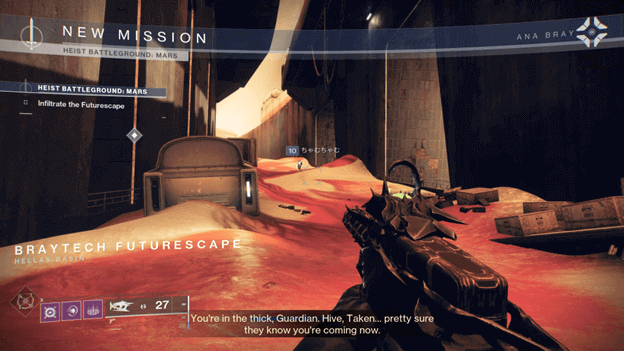 Clovis had recently learned about the Time Wounds on Mars and was able to come up with a solution to finding the Charlemagne submind data.

Since Rasputin’s Mindlab is located within one of the Time Wounds, this gives you a chance to retrieve the Charlemagne submind data.

You will need to head over to Mars and locate the facility in order to recover another missing piece needed for bringing the Warmind back.

How To Get Unlock Heist Battleground Mars?

Heist Battleground Mars became available during Week 2 of the Season of the Seraph and is now a repeatable mission. 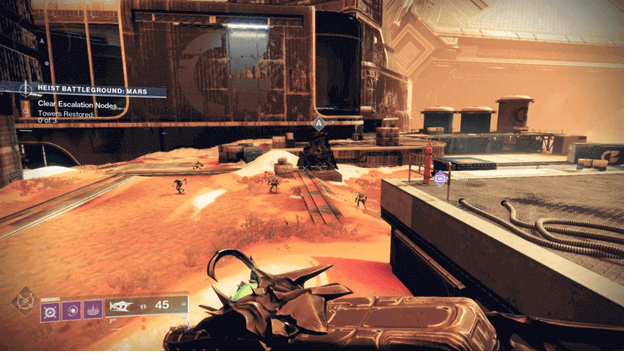 The mission starts with you deploying at Hellas Basin and you will need to make your way toward the waypoint up ahead.

There will be three towers in the area that are underground and you will have to destroy the debris above them.

Once destroyed, stay in the area until the progress of a tower reaches 100% while you fight off the oncoming Hive enemies.

After a tower 100% progress is reached, move on to the next tower and repeat this until all three are complete.

3) Cut into the Lobby

When all 3 towers are done, head towards the entrance of the building and destroy the debris so you can go inside. 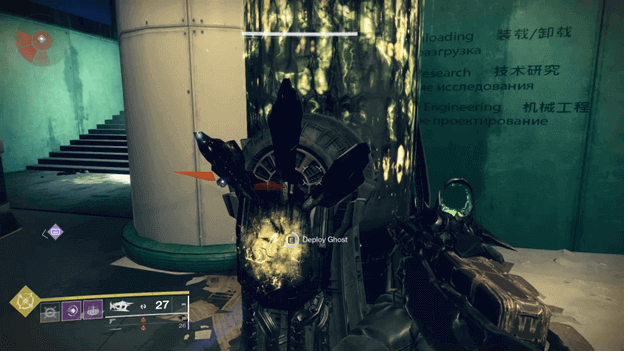 The Futurescape’s terminal will be inside and you will need to head over and interact with it to deploy Ghost.

Ghost will begin the hacking process and you will need to defend it until the progress reaches 100% while enemies start to attack you.

During this objective, you can obtain Cryptovariable Bits by killing enemies, which will speed up the hacking progress every time one is collected.

There will be points during this objective where enemies will spawn, causing the hacking progress to be halted until the enemies are defeated.

This will repeat along with the Defend Ghost objective until the hacking process reaches 100%, allowing you to proceed. 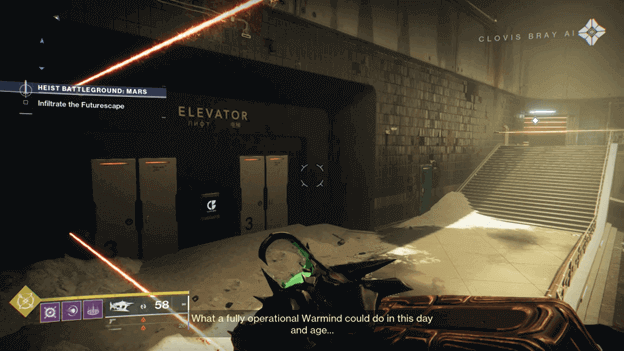 Follow the waypoint and you will be led through rooms that have lasers in them, which you should avoid or they will kill you instantly.

Continue making your way toward the waypoint and eventually after passing the lasers, you will find yourself outside of the facility.

Once again you will need to follow the waypoint but will have to watch out for the defenses as they have targeting lasers that will lock on to you.

If the lasers are locked on for more than 15 seconds, you will instantly be killed but this can be avoided by taking cover.

Follow the path leading up until you reach the waypoint and there will be another terminal that you need to interact with.

The terminal will open up a door and there will be Hive enemies inside, which you will need to clear out before you can proceed. 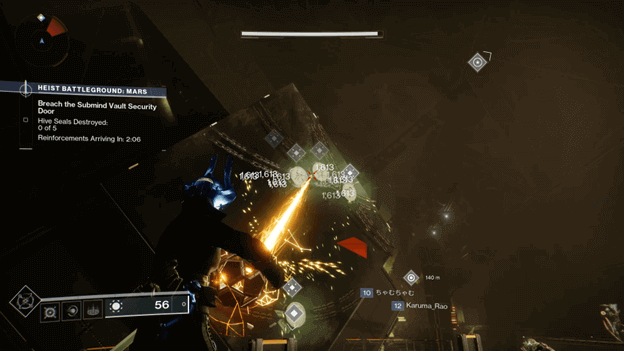 After you clear out the enemies, you will be able to enter the next area, where the submind vault entrance can be found.

You will need to head to either side to obtain an ODT Refraction Core, which you can then use to destroy the seals on the vault door.

There are a total of 5 seals needed and you may need to head to the other side to get an ODT Refraction Core again to destroy the rest.

Once all the seals have been broken, you can continue to make your way inside the vault where it will now be time to fight the boss.

After you clear out the enemies, you will be able to enter the next area, where the submind vault entrance can be found.

You will need to head to either side to obtain an ODT Refraction Core, which you can then use to destroy the seals on the vault door. 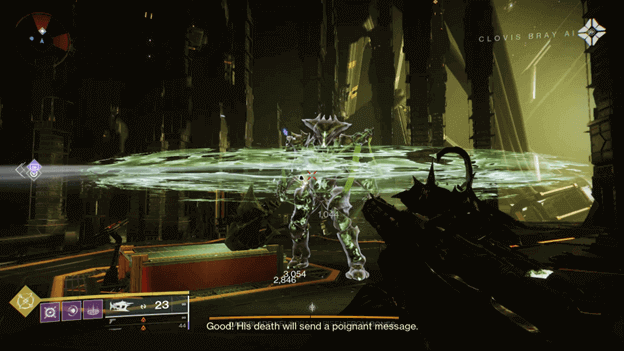 Once you are through the vault, you will need to approach the terminal marked by a waypoint and interact with it.

An enemy named Darkblade Kelgorath, Risen From Bones will appear and you will need to fight him until his health has been halved.

Upon reaching half health, the boss will become invulnerable and more enemies will begin to spawn in the area.

There will be Arc-Charged enemies (marked by waypoints) which you will need to defeat to obtain charges.

Charges need to be deposited in the nearby batteries (5 in total) which will cause a beam to fire at the boss and remove its vulnerability.

After the boss becomes vulnerable, you can proceed in attacking it until it is finally defeated, which ends the mission shortly after.

Completing this mission will reward you with Exo Frame Reputation, Seraph Key Codes, and Resonate Stem along with XP and Glimmer.

Be sure to be near the chest to obtain the other rewards as they are dropped on the ground or you will have to obtain them from the Postmaster.

If you play this mission from the Heist Battlegrounds Playlist, a Seraph Chest will be present and you can open it with 500 Seraph Key Codes. 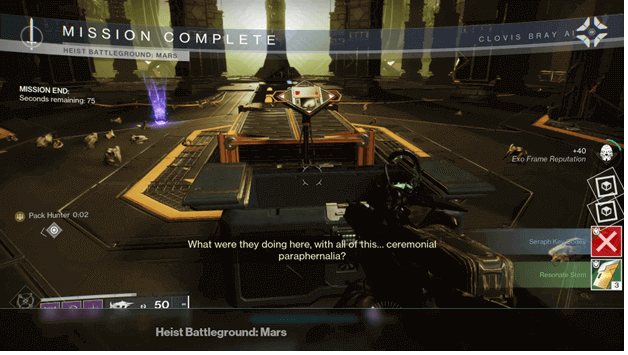 While it seemed that there was no hope of retrieving the Charlemagne Data Core, the Time Wound made this possible.

Now with another missing piece in hand, you are yet again closer to restoring the Warmind with the help of Clovis and the others.

Although you may have already obtained multiple needed items, there is still more to do to restore Rasputin.