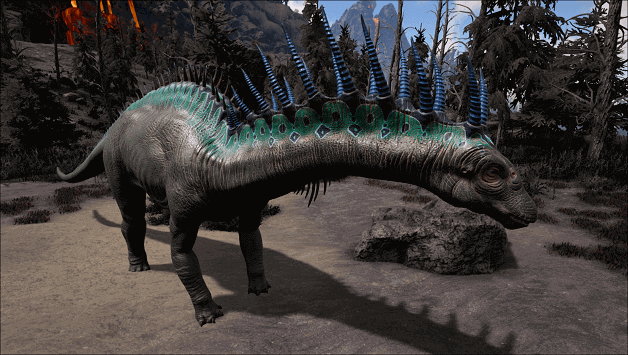 Surprisingly aggressive and with the strange behavior of wanting to assault those who give it a threat, the Amargasaurus began to roam with the arrival of the Lost Island Ark.

Appearing as a smaller cousin of the Brontosaurus, the Amargasaurus size is smaller, making it faster, and it features the ability to push offense to a new level with its spike projectiles.

This creature’s set of spikes that reach down to its neck is also a resource that is valuable when it comes to collecting Sap. 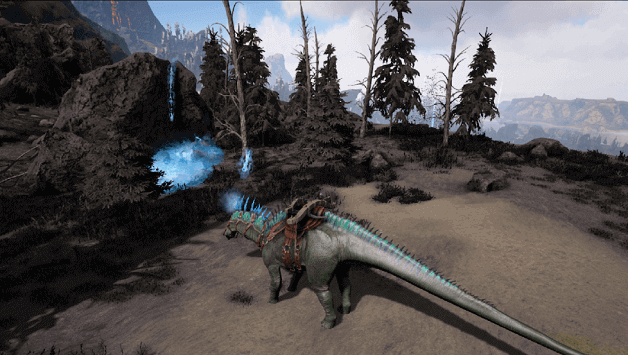 This causes the Amargasaurus to charge up after a brief amount of time, visually showing its spikes glowing as it activates them for launching.

Each attack will consume one of the Amargasaurus’ spikes but these grow back after a small amount of time, limiting you from unlimited fire in a short period.

When a spike lands on a surface, it will cause an area effect that depends on which spike has been chosen, which can be done with the Cycle Spikes ability.

Causes the Amargasaurus to cycle between the different spikes that it has, which each have its effects and visual representation via color.

The current choice of spikes are the following:

The ability can be activated with the following buttons:

Activating this will lock the movement for the Amargasaurus, causing it to walk forwards only, avoiding making any turns.

This ability is meant to provide you with fixed movement while you are firing spikes at enemies to avoid moving around and to improve accuracy.

With its different spikes, the Amargasaurus is quite the assault creature, being able to slow enemies, burn them or weaken them during battles.

With the ability to slow enemies, the Amargasaurus become valuable in a fight, being able to give you an advantage over enemies with reduced movement or disabled attacks.

With damage per second capabilities due to its ability to set the ground of fire, the Amargasaurus becomes valuable when it comes to damaging other creatures or players.

Being able to reduce the defenses of other creatures and players, you can use the Amargasaurus during fights to give your creatures as well as yourself an upper hand in dealing with damage.

You can get Amargasaurus Spikes by collecting them from an Amargasaurus, which will visually show them disappearing, but these will grow back after a short time.

How to Tame a Amargasaurus? 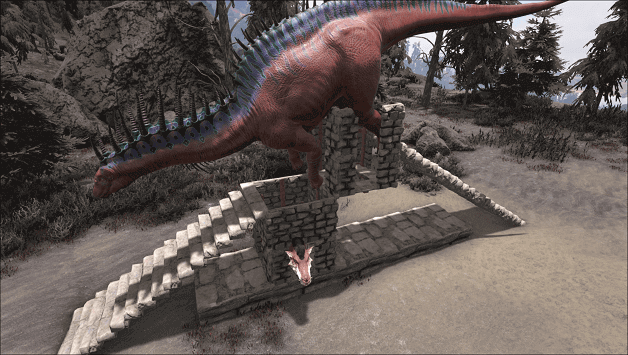 The Amargasaurus is a passive tame but it will become aggressive if it notices you getting too close and if your temperature is not insulated.

The insulation required depends on where you find the Amargasaurus and maybe hinted by its spikes, making it necessary to wear the right armor and use soups for your temperature.

Once you reduce the Amargasaurus’ ability to see you and have matched the right temperature, you will be able to feed it taming food. (Place in last Hotbar slot)

This will cause the Amargasaurus to follow you, while also being aggressive to any wild creature that is Territorial or Aggressive.

Continue feeding it and maintain the correct temperature while also protecting it until the taming process has been completed.

An Amargasaurus Trap invented by Captain Fatdog was created to perfectly trap the Amargasaurus as well as keep an aggressive creature for it to attempt to attack until tamed.

You can find the trap by Captain Fatdog here: https://www.youtube.com/watch?v=uI2uxplm32I

Taming an Amargasaurus can be done with vegetables or Exceptional Kibble but afterward, it will have a herbivore diet.

The Amargasaurus Saddle seats its rider on the right side, most likely for safety from its spikes and to provide better vision when aiming.

You can breed two Amargasaurus and afterward, the female will drop a Fertilized Amargasaurus Egg which is distinguished by its light brown color with orange spots.

You can find Amargasaurus in a few places on the Lost Island, mainly to the north of the main island around Zaunaloa, the volcanic area. (Roughly 25,68)

Amargasaurus also spawn in the Corsair Peaks which is west of Zaunaloa, a snow biome that will have the cold variants. (Roughly 35,45)

The Tuskgor Mountains on an Island to the southeast also have Amargasaurus spawn locations, which also have heat variants similar to the ones in Zaunaloa. (Roughly 88,67) 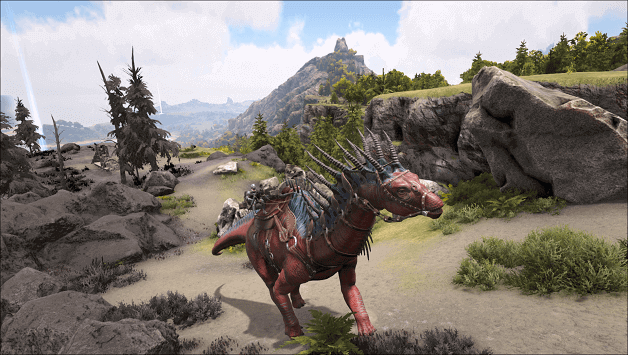 The Amargasaurus can be tricky to spot sometimes until you get close enough but these creatures are quite abundant in the said specific areas.

It is important not to annoy these creatures because they can become aggressive and will start showering you with their spike projectiles.

Amargasaurus can utilize their different spikes for several occasions depending on if you are taming wild creatures, attacking other tribes, and or simply farming creatures.