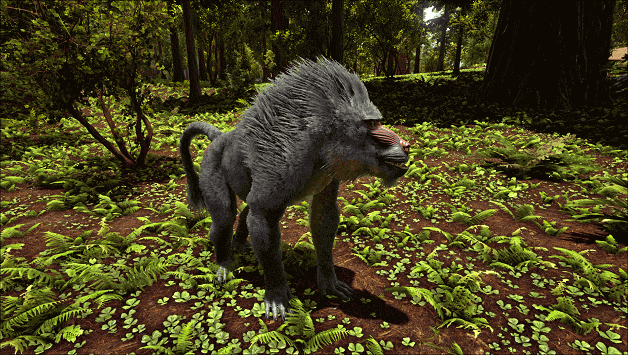 The Dinopithecus is a prehistoric baboon species in Ark that is highly aggressive, especially when they are found in packs.

You will mostly encounter these creatures running around forests on the Lost Island but be careful if they notice you, they won’t hesitate to attack you.

These versatile creatures are great mounts for assaults, capable of climbing surfaces, throwing feces and grenades. 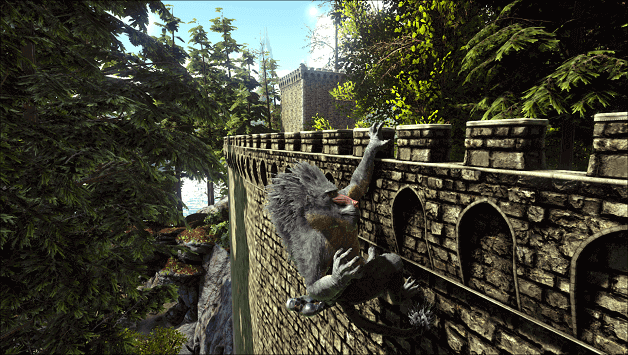 Causes the Dinopithecus to slam the ground, which deals damage to multiple targets by sending out shockwaves to up to 5 targets.

The Dinopithecus can throw Feces or Grenades as long as it has them in its inventory, which is done by first aiming then tossing the projectile.

Aiming can be done with the following buttons:

You can throw the projectile using your primary attack button.

This ability is available to the Alpha of a Dinopithecus Pack (highest level) and allows it to do a roar, marking a target.

Other members of the back will begin to attack the marked target and may use an alternative bite attack which can cause bleeding.

In order to use Battlecry, aim at a target with the Throw Projectile ability and just release it when red to command the pack to attack.

The Dinopithecus can climb surfaces, allowing it to scale walls and structures to get to hard-to-reach places that other creatures cannot travel to.

This can be done by pressing the jump button twice or when you are in midair near a surface.

Since the Dinopithecus jumps great distances and climbs surfaces, it can easily infiltrate bases and get to vantage points.

The Dinopithecus has a good amount of speed when it comes to getting from one place to another and is a bonus of being able to scale surfaces.

Dinopithecus fight in packs and have a designated Alpha which can command the others to focus on a specific target, allowing them to use an attack that causes bleeding.

Not only can it throw feces which stirs up trouble, but it can also throw grenades, causing tremendous damage if used strategically.

How to Tame a Dinopithecus? 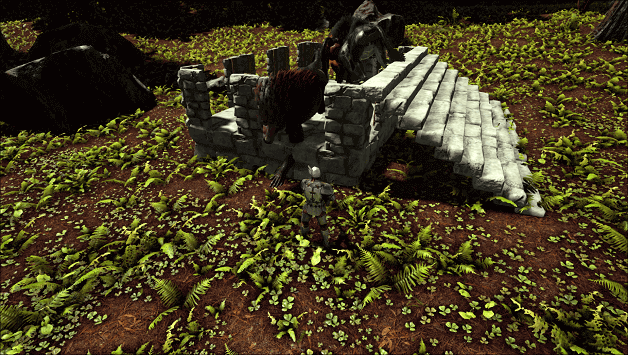 To tame a Dinopithecus, you will need to look for the Alpha (represented by red/orange glow) and will need to kill the rest.

Once the others are killed, the Alpha will run away and you must damage it to be able to feed it with an item in your last Hotbar slot.

An easy way to do this would be to make a Dinopithecus taming trap, which can easily be made with foundations, door walls, and stairs leading into them.

Lead the Dinopithecus inside it and kill the pack, damage the Alpha (but don’t kill it) and once its health has been reduced below 85% you can feed it.

The lower its health is, the faster it will be tamed, just be careful not to kill it in the process.

While Exceptional Kibble is suggested by others, you can easily tame a Dinopithecus with Prime Meat as it tames rather fast.

Dinopithecus are omnivorous, making it easy to feed them with either meat or berries once you have tamed them.

The Dinopithecus can be ridden without a saddle as there is none to be crafted, making it a good early game mount if you can tame it.

Dinopithecus were first found on the Lost Island DLC but were later discovered to be roaming the Valguero as well.

You can find Dinopithecus in the center of the Lost Island in the Darkfern Forest starting around (45, 50) expanding outwards.

On Valguero, you can encounter Dinopithcus spawning all around the redwoods area at the southwest part of the map. 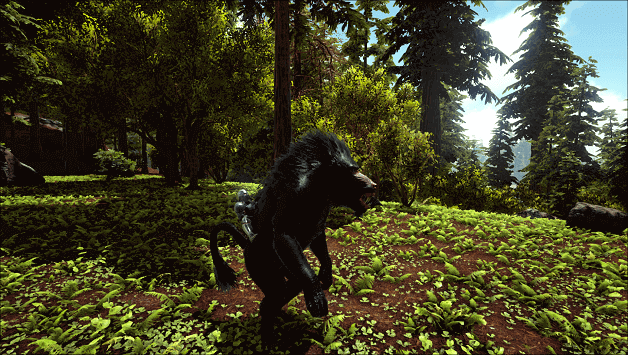 The Dinopithecus is very aggressive in nature and this makes it quite the mount when exploring maps, worth the trouble of taming.

Having a bunch of these creatures to back you up as a pack can make a huge difference in a battle, especially with their ability to cause bleeding.

You can guarantee to have better mobility with this creature with its speed, jump height as well as the ability to climb.