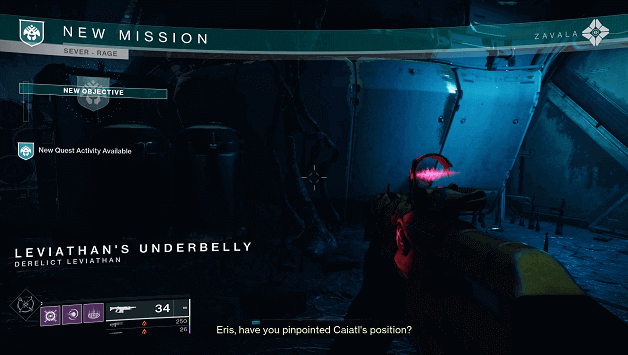 Empress Caiatl has grown impatient and is starting to be annoyed by the hovering Nightmare of Ghaul that haunts her.

She has decided to challenge Dominus and is now blindly making her way to begin the assault on her own, which can’t lead to anything good.

You will need to hurry over to aid her before tragedy strikes due to her not accepting the protection magic from Eris.

How To Get Sever Rage Mission?

The Sever-Rage mission becomes available once you have completed quest step 32 of the Bound in Sorrow Seasonal Quest in Season of the Haunted. This quest needs to be completed for you to progress to step 34 of the Seasonal Quest. 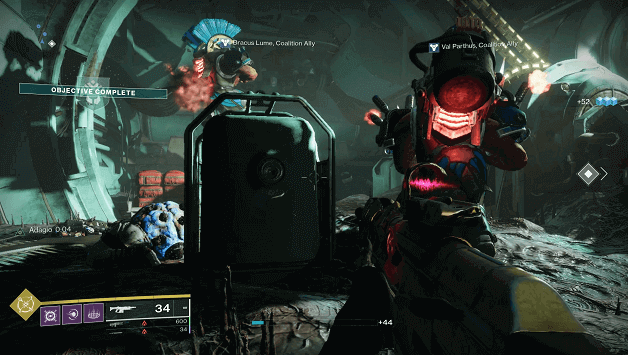 1) Clear a Route to the Leviathan’s Engines

The mission will start with your insertion near the breach point of Caiatl’s drop pod and you will need to push forward towards her location.

You will need to fight your way past the enemies and head for the Leviathan’s Engines which will be a one-way path from where you started.

As you continue to move forward, there will eventually be a pit where you can jump down, which brings you into the Engineering Bay.

Bracus Lume and Val Parthus (Coalition Allies) will be in the area assaulting the Engineering Bay and you will need to fight alongside them to clear a path.

You will need to clear out the enemies until you reach 100% progress, eventually cleaning the whole area of the enemies around.

Once the enemies are cleared, there will be a spot marked by a waypoint that you will interact with to place a Ritual Amplifier.

After placing the Ritual Amplifier Eris Morn will explain how it may be useless as Caiatl was not bound like you and the others were.

This prompts you to instead head to Caiatl instead of going around to place more Ritual Amplifiers around the area.

As you go through the doors at the end of the Engineering Bay, there will be a barrier blocking the way going down, which will electrify you if you touch it.

Head into the room behind the pit and there will be power sources above the door which you can destroy to take down the barrier so you can go down.

As you enter the area, look out for the power source which should be glowing which you need to destroy to open up a path to a console that unseals the immolation hall.

There are two ways to reach the console but there the Unrelenting Nightmare (which cannot be killed) will be following you so this will help you escape it.

After you have unsealed the immolation hall, you will need to lure the Unrelenting Nightmare there which is to the far left from where you first came.

There will be a space for you to jump up so make sure the Unrelenting Nightmare is chasing you so you can activate the nearby console and incinerate it.

Head back to where the barriers were and you will find that the turbines are no longer spinning and you may now pass through.

You will find Caiatl standing with her Nightmare as she tells you to “get on with it!” which now allows you to interact and start the ritual.

6) Defeat the Nightmare of Dominus Ghaul

Once you have started the ritual, a waypoint will show where you need to go and once you approach the area, the Nightmare of Dominus Ghaul will manifest. 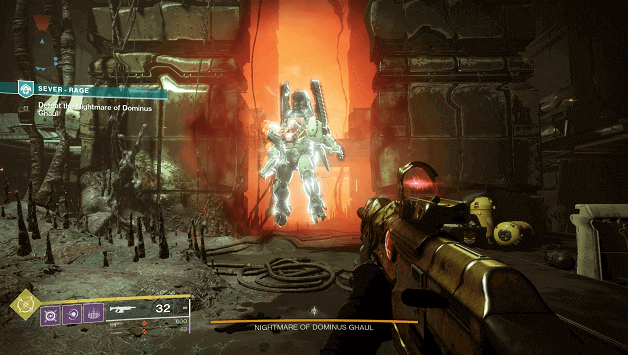 Deal as much damage as you can to the Nightmare while there are no enemies in the area but be prepared as they will start spawning.

The Nightmare of Dominus Ghaul will tend to levitate and will use Solar or Arc attacks to damage you as he moves around the combat zone.

You will need to continuously chase the Nightmare while also fighting your way through the never-ending waves of enemies in the area.

The Nightmare of Dominus Ghaul will have a single large life bar which you can continuously drain until he is defeated but you need to be careful of the enemies helping him.

After defeating the Nightmare of Dominus Ghaul, the mission will end and you may stick around to witness the dialogue between Caiatl and Ghaul.

Finishing the Sever-Rage mission will complete quest step 33 and allow you to proceed to quest step 34 in the Bound in Sorrow Seasonal Quest. Just like with the other Sever missions, you will be able to unlock a chest with Bound Presence to get Season of the Haunted gear along with Opulent Umbral Energy. 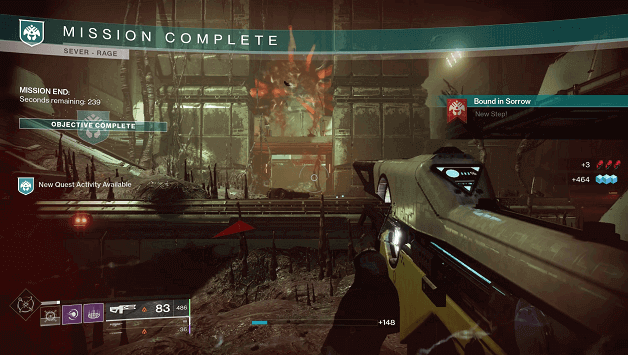 It seems that Ghaul was able to talk Caiatl down and convince her of being lesser than her former self, with Caiatl kneeling and agreeing.

Eris Morn says that without the binding ritual this was bound to happen but Caiatl still is full of pride and tells her that she doesn’t need an explanation.

Ghaul seems to have gotten the best of Caiatl but hopefully, there will be another chance when she is ready to face the Nightmare once more.