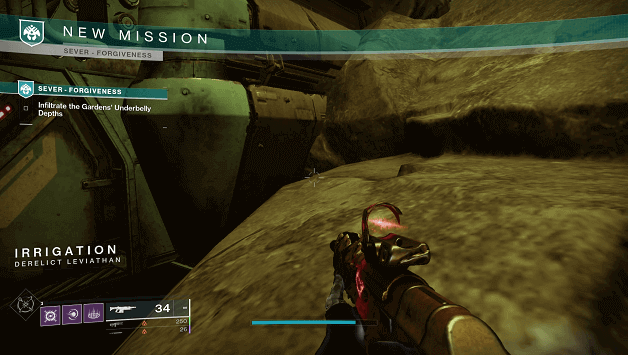 In another attempt to complete the Severance Ritual, you and Zavala head back and will attempt to do what failed last time.

Zavala remains concerned but seems to be ready for the challenge ahead and you will need to do your part hastily to make sure things don’t turn sideways.

Once again, the Ritual Amplifiers will need to be placed and you will need to complete the ritual to weaken the Leviathan’s grasp on the Pyramid.

How To Get Sever Forgiveness Mission? 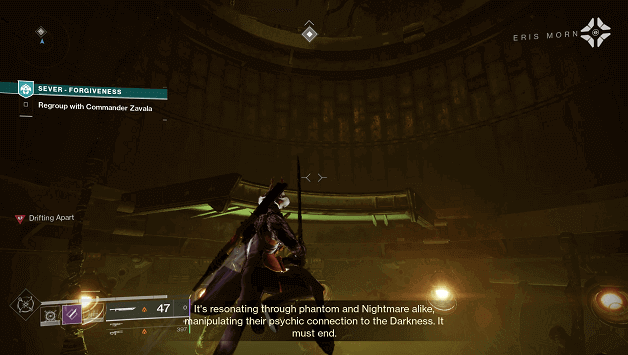 You will begin the mission starting in the same place as you did last time, but thankfully there are no more electrical problems in the area.

You will need to make your way to the waypoint but this requires you to fight your way through enemies that now are scattered around the area.

The gate will be locked which requires your head to the opposite side and making your way to the very left to find the Wrench, just where you got it last time.

Head back to the gate and use the wrench on the Relay at the side which will open the gate so you can pass through.

Once you enter the area, the place will be crawling with Scorn enemies and you will need to clear them out, reaching 100% progress.

After you reach 100% progress in clearing out the Scorn, there will be Corrupted Chieftains and other enemies that appear, which need to be defeated before you can continue.

Once again you will need to ascend to the Conduit by jumping on the platforms to reach Zavala and his Nightmare at the top.

Another waypoint will be nearby which marks the next location for a Ritual Amplifier which you will need to go over to and interact with.

Keep moving towards the waypoint and climb your way through the area until you reach a tunnel which you need to pass through but first, you have to get the Egregore Link buff.

There will be Egregore Spores nearby which you can attack so you can pass by the barrier and continue making your way to Zavala who should be ready for the ritual.

When you reach the ritual site, Zavala will already be there and will wait for you before the ritual begins, so you will have to interact with him.

8) Defeat the Nightmare of Kethiks

Once the ritual has begun, you will need to fight the oncoming enemies until the Nightmare of Kethiks appears, who you need to defeat.

Continue fighting the enemies around and damaging the boss whenever you can before it disappears, which will force you to clear out the other enemies.

When Kethiks teleports away, you will need to clear the enemies so that he reappears and you will have to begin attacking him again. 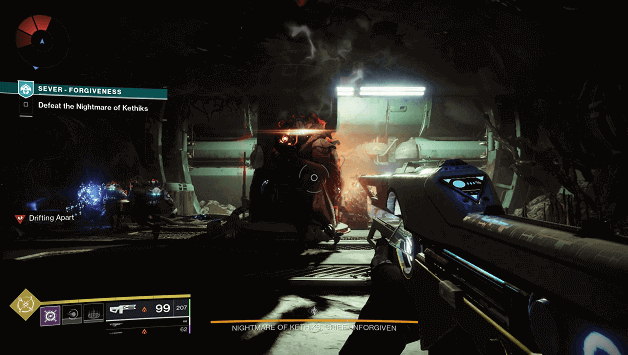 This will happen with a few health bars, so you must deal as much damage as possible while also trying to avoid getting overwhelmed by the other enemies.

After defeating the Nightmare of Kethiks, head back over to Zavala and the mission will come to an end.

Each time you take away a health bar from the Nightmare of Kethik’s he will disappear and spawn more enemies.

Clearing the enemies will bring the Nightmare of Kethiks back for you to fight again and this needs to be repeated for each health bar.

Completion of the Sever-Forgiveness quest will complete step 25 in the Bound in Sorrow Seasonal Quest of the Season of the Haunted. You will also be able to open up the Bound Chest nearby Zavala which will reward you with gear and Opulent Umbral Energy. 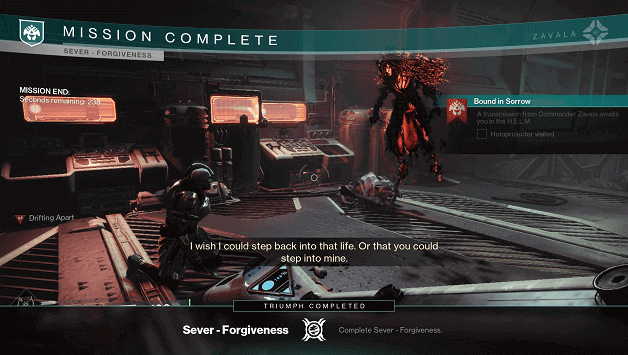 The ritual has been completed and you and Zavala have further weakened the Leviathan’s hold on the Pyramid.

Not only was the mission successful but Zavala was now also able to put away his grief after several years of being unable to forgive himself.

Eris Morn believes that the next attempt at a ritual may test you even more, but it will be necessary to cut the Pyramid loose from the Leviathan.