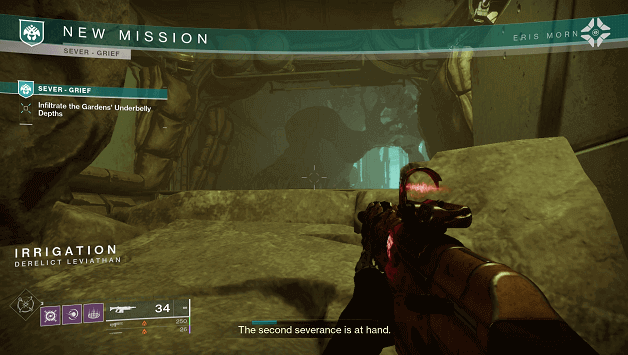 Continuing in your attempt to weaken the Leviathan’s hold on the Pyramid, you now team up with Zavala to perform the second Severance.

It is during this mission that you will learn more about Zavala as Eris believes that something may cause disarray once you delve within the Underbelly Depths.

You will once again need to place down Ritual Amplifiers and make an attempt to perform a Severance Ritual with Zavala when ready.

How To Get Sever Grief Mission?

You can begin the Sever-Grief mission after completing quest step 16 of the Bound in Sorrow seasonal quest during Season of the Haunted. This becomes your objective to complete quest step 17. 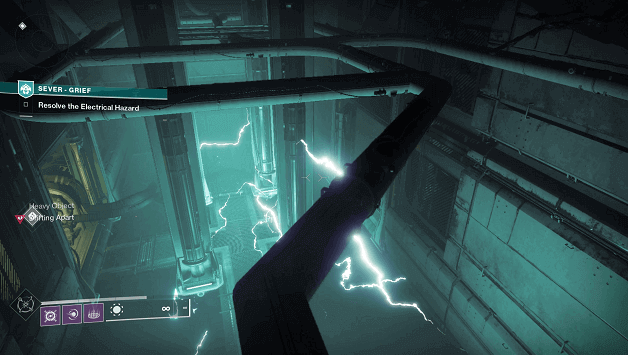 As you begin, you will need to head for the first waypoint to put down the first Ritual Amplifier, which is pretty much the easy part.

As you head for the location, you will need to fight your way through some of the Scorn enemies and afterward, you need to head through the newly opened door.

Continue heading back and making your way towards the waypoint and you will notice that you are blocked by an electrical field.

Before you can proceed, you will need to fix the electrical problem by first attacking the nearby Egregore spores so you can pass through a path opposite of it.

Make your way through a path and continue going towards the end where you will find a large Wrench that you can pick up.

Make your way back and kill the enemies along the way (takes one hit from the Wrench) and take the first right as you cannot pass due to the Egregore Spores buff being gone.

You will need to climb up in the area on the right using normal jumps as the Wrench prevents you from using any jump abilities.

At the top, you will need to crouch and carefully cross over using the pipes to make your way back to the previous area, where you will be able to resolve the electrical hazard.

A waypoint will be marking the Relay which you can disable by interacting with it, which will also remove the Wrench, you will now be able to move to the next area.

Make your way to the next area and you will find a console which you need to interact with to “Release Containment Lockdown.”

Interacting with it will open up the gate and allow you to continue making your way within but Scorn will be waiting for you.

In the next area, the Scorn will begin to attack you, and to keep going, you will need to clear them out, defeating them until progress reaches 100%

Once you are near completion of this objective, Zavala will contact you and tell you about an ambush, appearing shaken.

Continue making your way to the next waypoint and place down the Ritual Amplifier before you continue to regroup with Zavala.

You will need to continue making your way to the waypoint once more but this time the path will be leading you to go up.

You will need to jump onto the platforms and reach the top but be careful as some of them will move and you can fall and may have to climb again.

Once you reach the top, Zavala will be there speaking with the Nightmare of Safiyah, who appears to be upsetting him.

Before the ritual can begin, you will need to place down one more Ritual Amplifier which is nearby as Zavala tells you to go on ahead.

Now that the Ritual Amplifiers are set, you will need to make your way to Zavala by climbing down through large tunnels.

A barrier will be present and you will need to attack the nearby Egregore Spores to get the Egregore Link buff to pass through.

Continue making your way down and you will find Zavala along with the Nightmare of Safiyah, ready to begin the Ritual.

Head up to Zavala and he will acknowledge your presence, which now lets you begin the severance by interacting with him.

10) Defeat the Nightmare of Kethiks

The Severance begins with several enemies appearing in the area with no sign of a boss whatsoever but after clearing some of them, the Nightmare of Kethiks will appear.

Continue fighting the Nightmare of Kethiks as you would any boss but beware of the several fallen enemies that will continuously appear in the area. 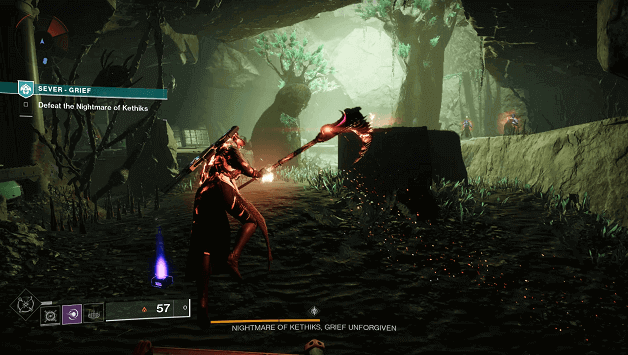 Each time you take away a health bar from the Nightmare of Kethik’s he will disappear and spawn more enemies.

Clearing the enemies will bring the Nightmare of Kethiks back for you to fight again and this needs to be repeated for each health bar.

After completely depleting all of its health, you will be able to head back to Zavala, who is now kneeling in grief, and witness dialogue between him and the Nightmare of Zafiyah.

After completing Sever Grief mission you will be able to proceed to quest step 18 in the Bound in Sorrow Seasonal Quest for Season of the Haunted .

A Bound Chest will also be nearby and you should be able to open it after collecting a Bound Presence from previous quest steps. 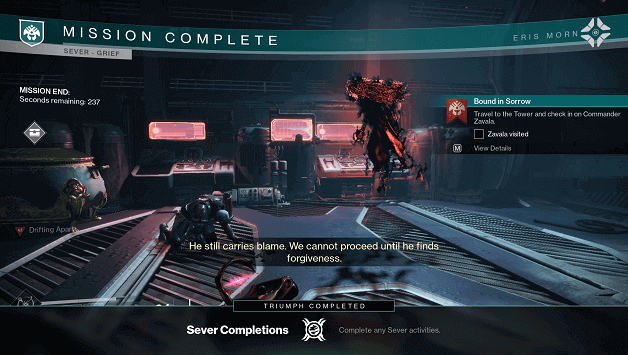 The attempt to do the second Severance may not have gone as everyone expected it to and this took a large toll on Zavala, making him question his purpose.

Eris Morn has asked you to bring the commander back as he appears weakened and lifeless in his current state after his encounter with the Nightmare of his past lover.

You will need to check on Zavala at the Tower as the ritual must be completed once he is ready if he ever becomes ready that is.