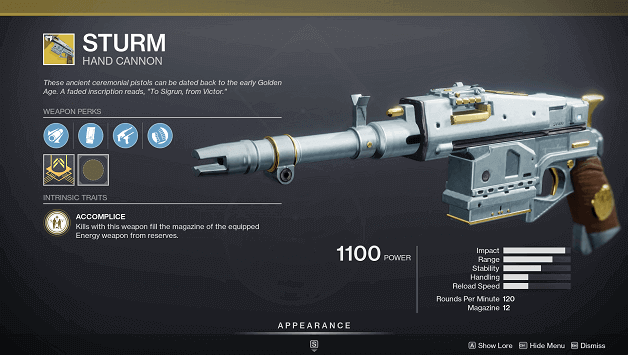 The Sturm is a powerful Hand Cannon that features high damage and a larger magazine capacity at the cost of reload speed.

Sturm is capable of dealing large amounts of damage, especially when dealing precision damage to enemies and even players.

Using Sturm provides your energy weapons with a way to passively replenish their magazines, making it a perfect alternate weapon if you use one.

How To Get Sturm?

To obtain Sturm you will first need to obtain a legendary weapon called Drang, which is rewarded after completing the Exodus Black missions.

The Exodus Black missions will be available from Failsafe on Nessus once you have completed the main campaign and reached level 20.

The last mission in the Exodus Black series called “My Captain” will reward you with Drang, which also ends up with you having a quest item.

You will need to travel to The Tower and speak with the Cryptarch who will give you a quest item for the “Relics of the Golden Age” quest.

Complete the “Relics of the Golden Age” quest and you will then need to head to Tyra Karn, who gives you the next quest and returns to her to receive a Golden Age Engram.

Decrypting this engram will reward you with Sturm. 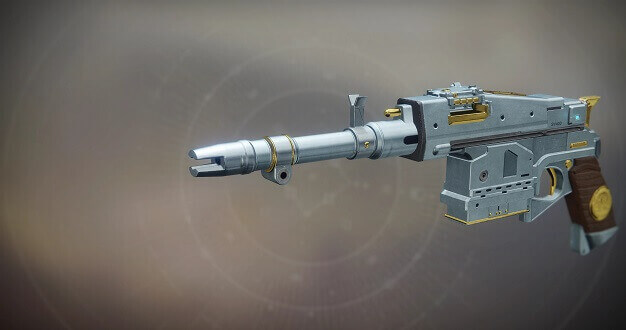 This weapon has a greatly increased magazine size but reloads much slower.

Kills with Drang reload this weapon and overflow bonus damage round into the magazine.

Kills with this weapon fill the magazine of the equipped energy weapon from reserves.

How to Get Sturm Catalyst?

There is no need to complete any specific quest to get the Sturm Catalyst. Rather it can be obtained by defeating enemies on Nessus, giving it a small chance to drop as you make kills.

The Sturm catalyst increases the range of Sturm by 18 and its handling by 36, making it quite a powerful long-range accurate weapon.

This catalyst can be unlocked by defeating 500 enemies each while having both Sturm and Drang equipped.

Sturm is a powerful weapon and it compliments any other energy weapons that you may equip since it can replenish its magazine.

This weapon can deal a large amount of damage from afar and what it lacks in reload speed, it makes up for large ammo reserves.

Players can make use of Sturm as a long-range weapon once its catalyst has been unlocked, making it a perfect backup or main weapon at any range.