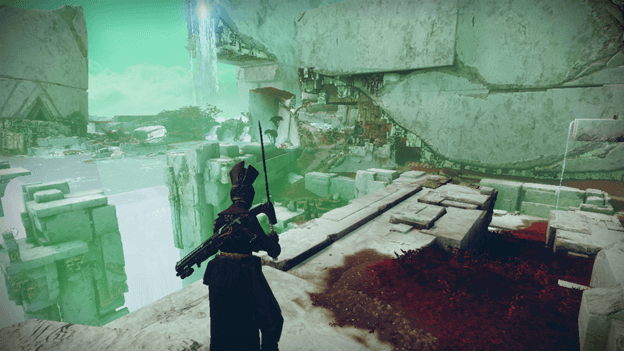 Nessus is a planetoid that is occupied by different factions but remains mostly in the hands of the Vex and is known well as being where the Exodus Black has crash-landed.

Most players nowadays reach Nessus first during the Exodus Crash strike but others can, later on, explore it on their own once all prerequisites are met.

Players can explore and find up to five different lost sectors in Nessus which include The Orrery, The Rift, The Carrion Pit, The Conflux, and Ancient’s Haunt. 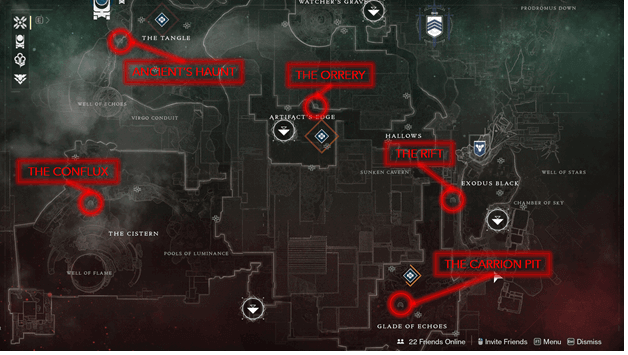 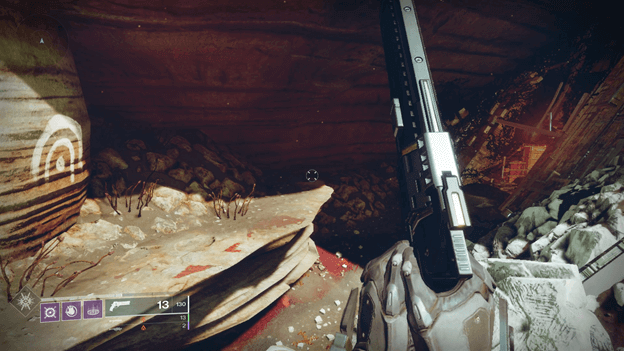 As you travel to Artifact’s Edge, you will notice a large round gap at the side, and to the bottom right of that gap is the entrance to The Orrery.

You will mostly encounter Goblins and Hobgoblins as you progress through this mechanical structure until you come across Wanted: Thyrdron.

Be sure to take out the Vex enemies located around the area as they have the habit of attacking you at a long distance, which can make it hard to survive the fight.

Wanted: Thyrdron will be fighting alongside Nightmare Harpies which you may want to take out before focusing on attacking the boss. 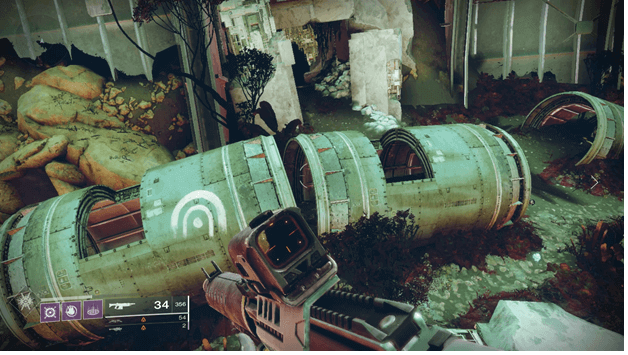 The Rift lost sector can easily be located in Exodus Black by heading towards the left after fast traveling where you will see tubes and one will have a lost sector marker on it.

There will be a passage behind the tubes and you can make your way towards the inside where you will find yourself facing off against the Fallen.

After fighting through a medium-sized group, you will need to cross a gap towards an area that has been turned into an improvised shelter by the Fallen.

Once you have crossed over to the other side, you will be engaged by several Fallen alongside Wanted: Tattered Dusk Captain and a couple of Nightmare Shanks. 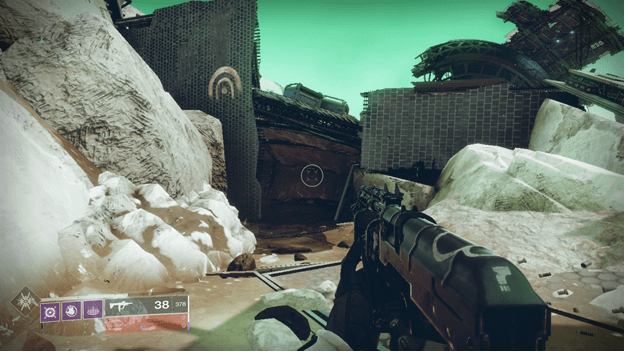 Carrion Pit is a lost sector that appears to be what is left of a mining site and can be found in the Glade of Echoes.

The entrance is located near a bunch of debris in the middle of the Glade of Echos where you will head down into a dug-out area.

This lost sector is quite small and once you clear the first area where there are Fallen enemies spread out, you will head towards a higher area and encounter Wanted: Nariks Reborn.

Wanted: Nariks Reborn is a Servitor boss that will continuously spawn Nightmare Wretches and other enemies to fight against you. 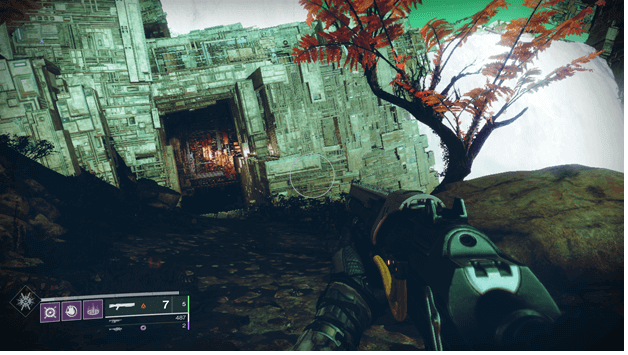 The Conflux can be found in The Cistern, past a large lake of electricity and the entrance is located near a tree next to a waterfall.

As you enter this lost sector, you will not be facing the Cabal bit by bit until you reach the boss but rather that you will encounter the majority of the enemies all at once including it.

Once you reach the main area after a bit of traveling from the entrance, you will come in contact with Cabal enemies as well as the boss, Wanted: Shayote Partisan.

Shayote Partisan fights alongside Nightmare Warbeasts which can be pretty deadly due to their high health and ability to knock you back with their deadly melee attacks. 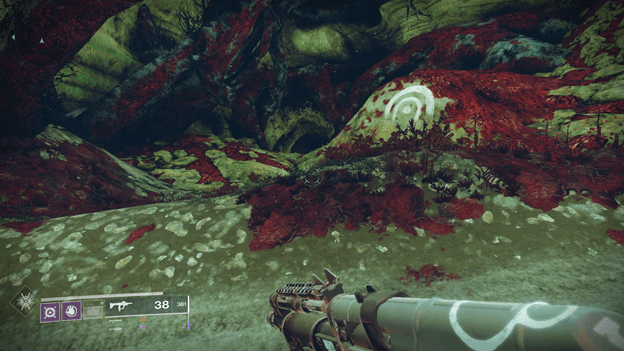 The Ancient’s Haunt lost sector is a small underground forest-like cave which is occupied by the Vex faction.

You will encounter a small force of Vex enemies as soon as you proceed through the cave and will shortly encounter the boss.

Inside Ancient’s Haunt, you will find Wanted: Pakrion, a boss variant of the Hydra, who is accompanied by Nightmare Harpy units.

Pakrion will attempt to retreat when its health has been reduced or when it is out of backup and even if you kill it early, the enemies will still be waiting at the end of the cave.

Not only are there lost sectors available for grinding on Nessus, but it is also possible to farm Microphasic Datalattice.

The Carrion Pit is a popular Fallen killing site since the enemies can easily be killed and are grouped in a small space.

Most of the lost sectors in Nessus have small areas and can be finished easily, allowing players to grind gear, XP, and Glimmer.