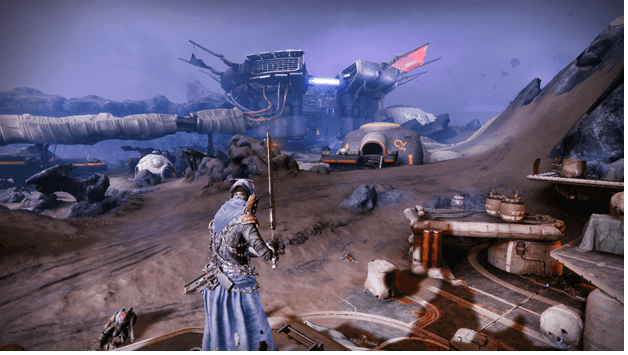 The Tangled Shore is a location primarily on an asteroid and is mainly held together by platforms and cables, which is also the main place to farm Etheric Leaves.

This location is mainly being contested by the Scorn but there are also signs of Fallen, Cabal, and Hive forces present in the different regions.

There are currently five lost sectors that players may find in The Tangled Shore, including The Empty Tank, Kingship Dock, Trapper’s Cave, Shipyard AW0-34, and Wolfship Turbine.

Some of the lost sectors such as Wolfship Turbine are excellent places to farm enemy kills and loot due to being small and easy to reset. 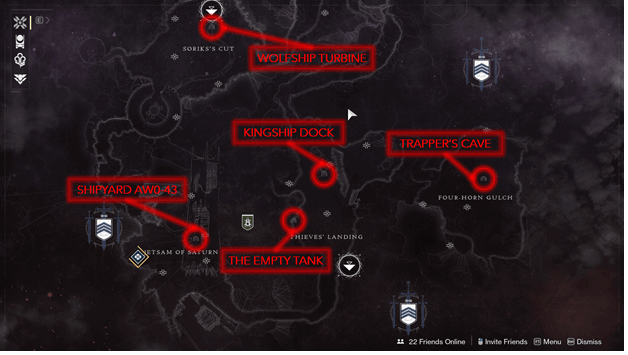 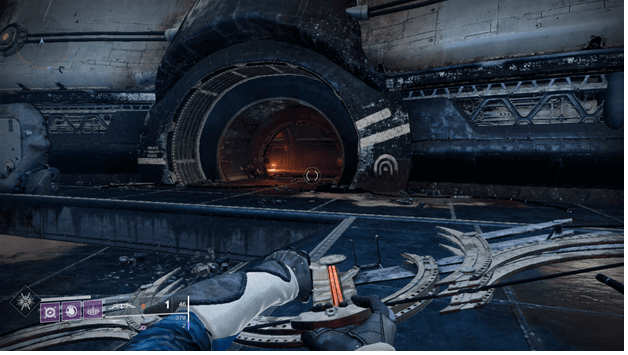 The Empty Tank lost sector is a club-like area found in Thieves’ Landing which is inhabited by the Fallen and you will notice that right away once you enter the area.

You will find the Fallen in the first room partying and even a DJ putting up some tunes which even includes an easter egg, a song called Hope for The Future by Paul McCartney.

Clear enemies in the area and you will be notified that “the console gets your attention”, allowing you to interact with it to open a door, where you encounter a Resilient Captain.

Once you enter the next room, which is an arena, you will fight a few enemies and then face Aziis, Dusk Marauder, and other Fallen enemies. 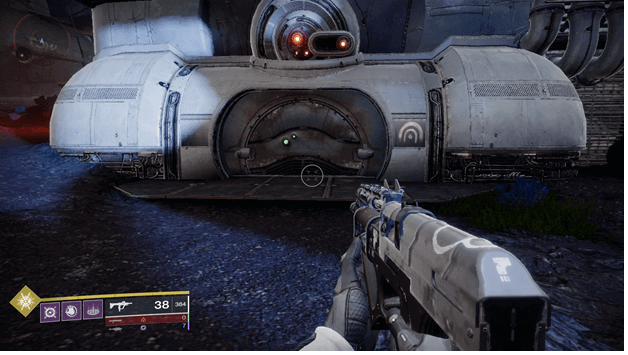 The entrance to Kingship Dock can be found in a structure within Thieves’ Landing, which has an elevator that will bring you to the higher level which leads to the dock itself.

As you enter the passage, there will be no enemies until you reach the very end of the lost sector, where you will find enemies gathered.

Fighting past those enemies will let you continue to the boss, Vilzii, Scorn Chieftain who fights alongside other scorn enemies and summons turrets that spew out fire.

The area is quite small and you can easily defeat Vilzii to loot his chest and exit the area, which you can also grind for more loot. 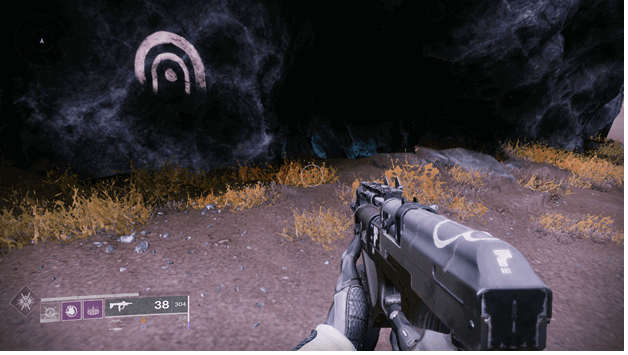 Trapper’s Cave lost sector is an underground cave with growing vegetation about it and is home to Cabal forces that are located in Four-Horn Gulch.

Its entrance leads to a smaller pathing which brings you to a nest where you will find several War Beasts sleeping, allowing you to get a surprise advantage or to sneak past them.

Once you clear out the enemies or rush your way to the next area, there will be around part of the cave where there is a gap with a pillar sticking out, this being the boss fight area.

Enemies will be around the pillar and Garut Gra’am, the boss will land on top of it and start firing at you from a distance. 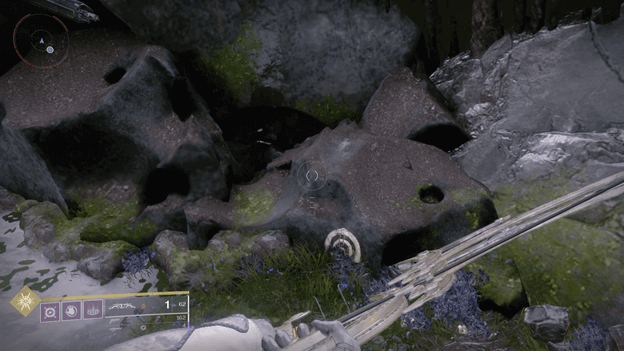 Shipyard AW-43 is an abandoned shipyard that has been occupied by the Fallen that is found by entering a cave and exiting through the shipyard area.

As you enter the cave, you will find yourself fighting Fallen enemies but watch out as there are Exploder Shanks as well that make it dangerous since the cave is tight.

Exiting the cave will bring you into the shipyard which is destroyed and full of gaps you can fall through while also being the area where Zetix-7, the lost sector’s boss is waiting.

Zetix-7 is a boss type of Servitor and once you kill it, Fallen enemies will continue to spawn if you stay in the area, including Exploder Shanks. 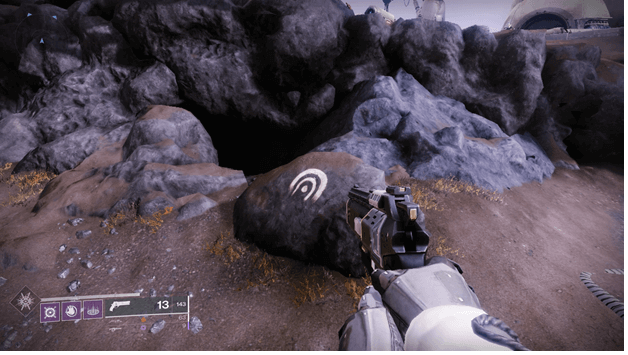 The Wolfship Turbine lost sector is a small facility that can be found in Soriks’s Cut near the fast travel point on The Tangled Shore.

As you make your way inside, there will be a small drop where you will start to encounter Hive enemies through a small tunnel.

Pushing forward will bring you to a turbine room which you will then need to scale going one floor up where the lost sector boss will be.

After ascending to the top floor, you will find Segrex, The Tainted, a boss variant of the Hive Ogre who fights alongside other Hive forces.

Spider can offer you bounties in The Tangled Shore which go quite well with doing lost sectors for more rewards.

Among the five lost sectors, one of the many favorites is Wolfship Turbine and Trapper’s Cave for easily being able to grind.

The lost sectors in The Tangled Shore have different factions and players can easily get faction kills for completing achievements and other challenges.