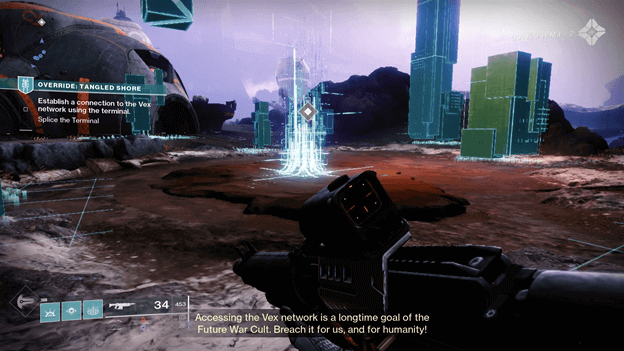 An Override Mission, known by some as Override Activity, is a type of mission that focuses on going into the Vex network to infiltrate and defeat a boss at the end.

Players will need to work together in up to a team of 6 during each mission and will be cooperating to accomplish the objectives.

These kinds of missions came during Season of the Splicer and are a key to the Season 14 gear collecting through the Splicer Gauntlet and creating Focused Umbral Engrams at H.E.L.M.

Override weapons are just the same as in any other mission, even if you are entering a Vex network, everything functions normally.

What Are Override Missions

Override missions are special missions where you will need to delve into the Vex framework, hacking your way into the system.

You and your team will need to fight enemies within the network and in the end, will have an encounter with a boss, which depends on which Override mission you are on.

At the end of the mission, players who have successfully defeated the boss will be able to access two chests, a normal loot chest and a Conflux Chest which needs an Override Key Code to be opened.

Where To Do Override Missions? 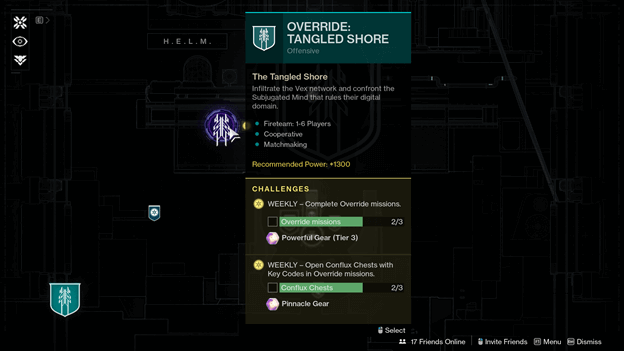 The Override location can be found in H.E.L.M. but you do not have to go there to begin the mission, you simply need to select it from your map.

After selecting the Override mission, after a few seconds, you will go into matchmaking and the game will attempt to put you into a team that totals to 6 people.

Override not showing up issues may require that you proceed further into the game or unlock H.E.L.M. first before trying to begin.

The mission starts with you and your team approaching the terminal where you will need to attempt to connect to the Vex network via Splicing.

Interact with the terminal and enemies will soon appear, attacking you on sight and dropping data motes which you must pick up and use to overload the terminal.

During certain times, the Vex will attempt to stop you with stronger variants of enemies or by halting your process, which requires you to clear them out or perform basic objectives.

A backdoor may open from time to time, allowing you to enter a portal where you can defeat a mini-boss who drops a powerful charge which can be used to greatly overload the terminal.

Once the terminal has been overloaded, you and your team will need to head down into the Vex system by entering where the terminal was located.

Move past the area and fight your way through enemies until you encounter the final boss, who you will need to beat to complete the Override Mission. 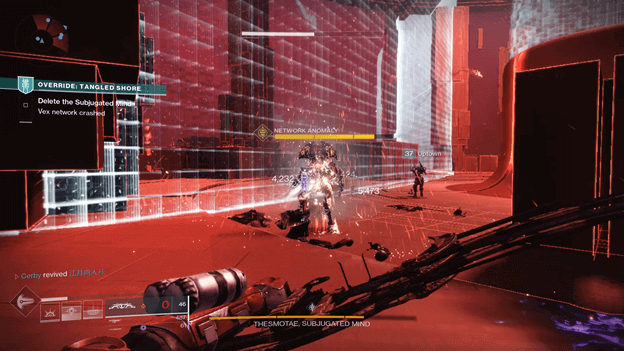 During Override Missions, you may encounter a Network Anomaly, a stronger variant of an enemy which drops special loot, included Decrypted Data.

You should focus your attacks on this enemy to get the loot from it, especially since it drops a significant amount of Decrypted Data.

These enemies are usually found in the last part of the mission where you encounter the boss and defeat it.

Override missions provide you with a ton of rewards, mainly gear, and Decrypted Data, as you can receive rewards from both the Loot Cache and the Conflux Chest.

The Loot Cache is similar to your average Loot Cache, but with better rewards, sometimes gear from Season of the Splicer.

The Conflux Chest is a locked chest that requires a Key Code (crafted in quest tab with Splicer Gauntlet) to be opened, proving rewards that include Decrypted Data.

There are currently 2 known Override missions and while they are quite the same in many ways, they simply differ in location, network, and bosses.

The Override Moon mission takes place on the moon and pits you against Portunos, Subjugated Mind, and is the first Override mission that was introduced.