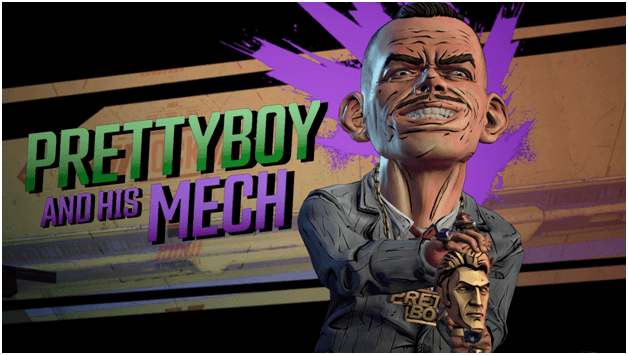 Pretty Boy has been trying to take you out ever since you first began the heist and rescued Timothy and when the two of you finally meet during the All Bets Off mission, he tries to tilt the odds by bringing his mech.

The mech looks originally to be one made for Handsome Jack based on the looks and due to Handsome Jack’s high standards, you could expect the mech to be pretty overwhelming. 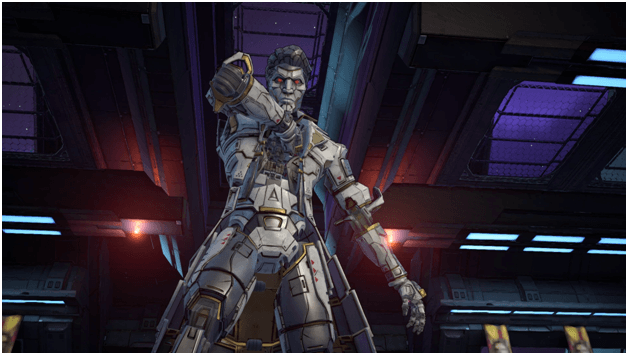 You will face Pretty Boy who is piloting the mech called Jackpot in the area where Timothy is being held just after facing Freddie The Traitor.

The area is large enough for the mech to fight in and makes you an easy target due to the limited amount of cover provided. 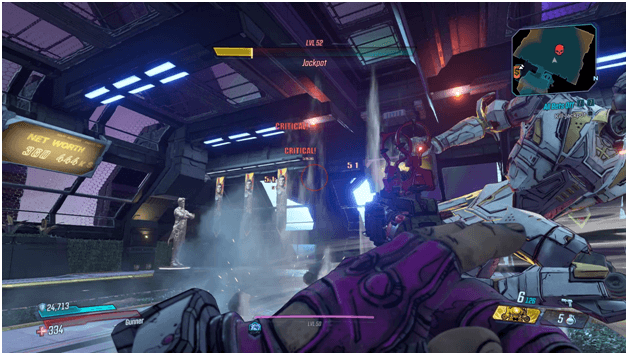 Jackpot will be pretty slow at first and will start firing off laser bursts and rockets every now and then while even trying to dash into you. 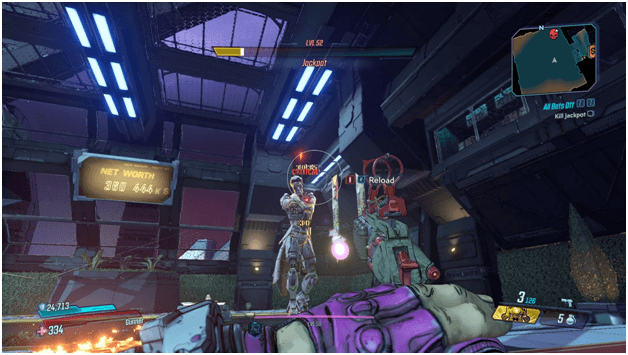 Your advantage against Jackpot will be speed and the ability to dodge most of his attacks since they are all pretty slow and may be dealt with by finding small cover, jumping, sliding or simply running to the side. 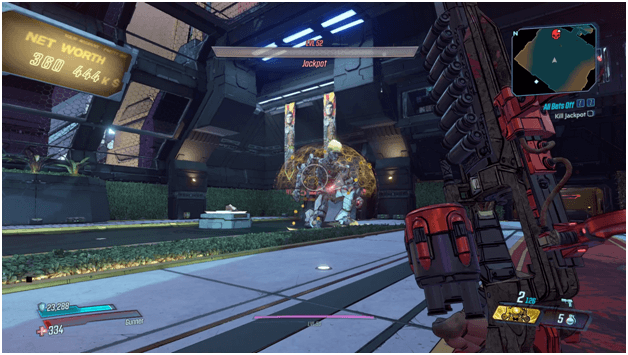 When Jackpot’s health has been depleted, there will be an option offered to Pretty Boy to have the mech repaired which he accepts 3 times.

This however gets pretty expensive for him and when you deplete all of Jackpots health for the third time, Pretty Boy can no longer pay. 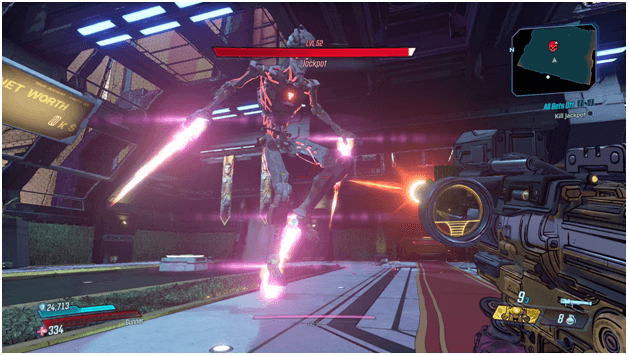 Although Pretty Boy is unable to pay for the emergency repair, he is offered one more option which to his surprise is an emergency plan which instead of taking your money, takes your blood.

The last health bar will be red and you can see red vein-like tubes which are most likely what was extracted from Pretty Boy.

After fighting Jackpot with his red health bar, the battle will be finished. 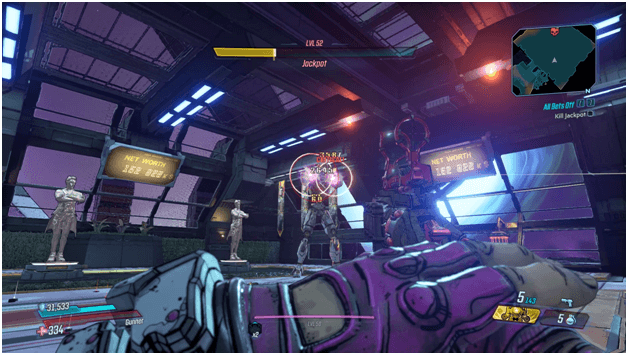 Despite being an advanced mech, Jackpot’s weak spot is actually its head and aiming for that will deal critical damage. 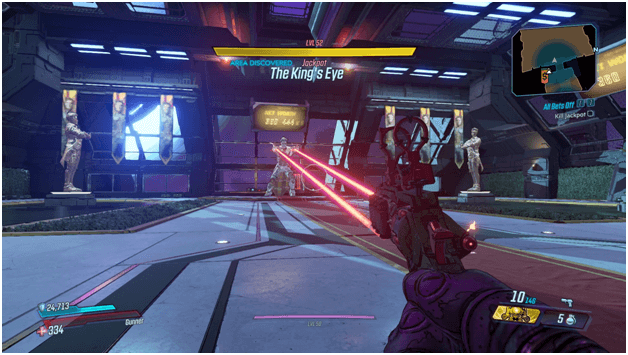 Jackpot will shoot lasers out of his hands which will deal continuous damage but these are slow and may easily be avoided by moving to the side or jumping over them. 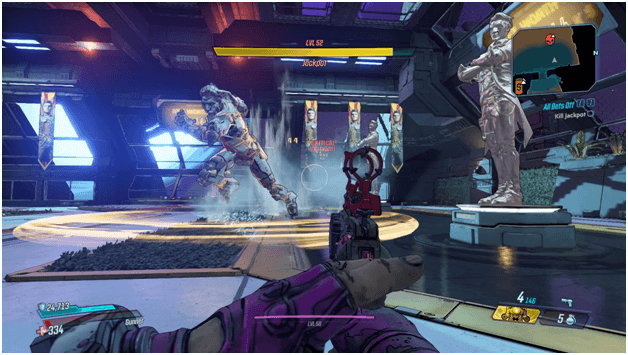 The mech will dash forward and attempt to ram into you and will even cause incendiary damage in the area if it does its spinning finish.

You may evade this by relocating from your current position or sliding away when he is about to do the dash. 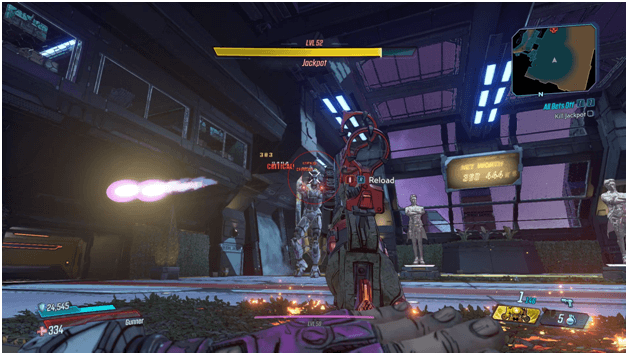 With either or both hands, Jackpot can release blasts that deal area damage and move slightly faster than other projectiles.

This can still be evaded but depending on the distance between you and Jackpot, the closer you are, the easier you can get hit. 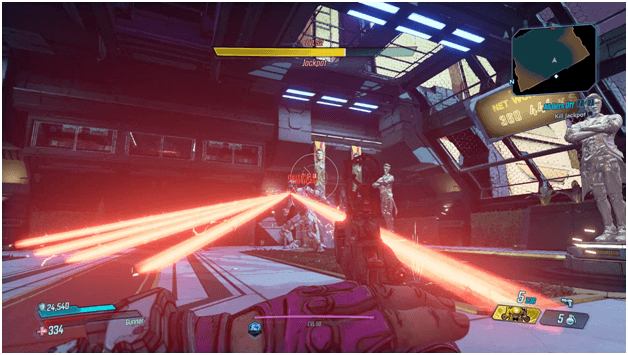 Multiple lasers are fired from Jackpot and move straight in one direction which is deadlier the closer you are to it.

You can see how the lasers expand and can dodge this easily by monitoring the direction. 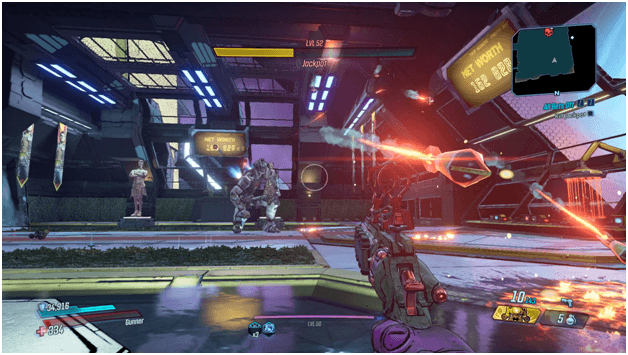 Upon crouching, Jackpot will fire several rockets at you which will deal high explosive damage per rocket.

This attack can last for a few seconds and you will need to find something to cover you or stay completely mobile to avoid getting hit by sprinting or sidestepping in a different direction. 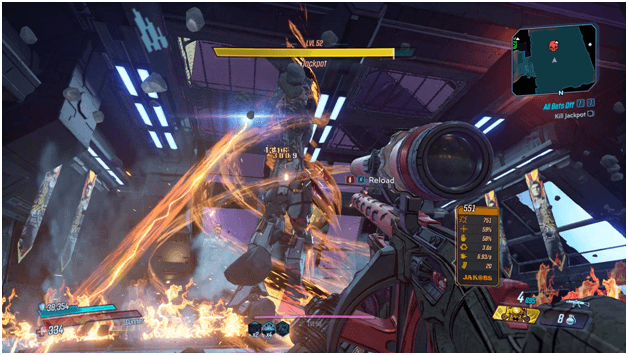 Creating a fiery tornado, Jackpot spins around and causes heat to form up and expand all around it.

This is hard to avoid if you are too close but does not deal that much damage to those with a sturdy shield or some resistance. 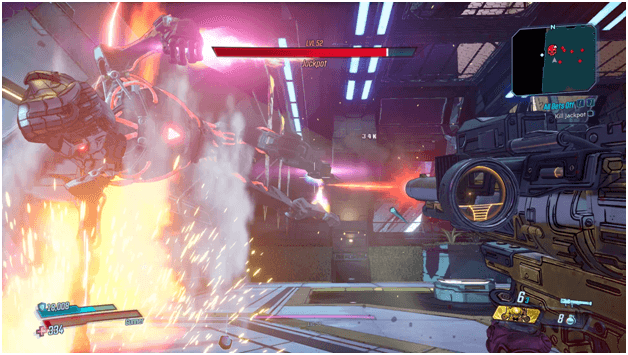 During the last phase where the health bar is red, Jackpot will be using more melee attacks such as its ground slam.

It will first charge up a punch while approaching your or while hovering then release a slam attack on the ground where you are standing.

To avoid this, run out of the way as soon as it begins charging. 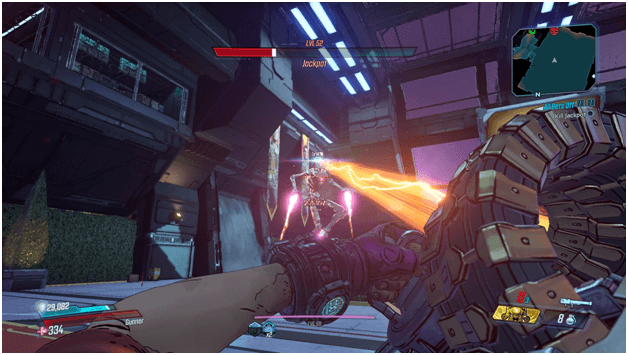 Instead of firing from its hands, Jackpot shoots a laser from its eyes and aims for you in the same way attempting to follow you with the laser for a short time.

To avoid damage from this, keep running in another direction or sidestepping out of the laser’s movement. 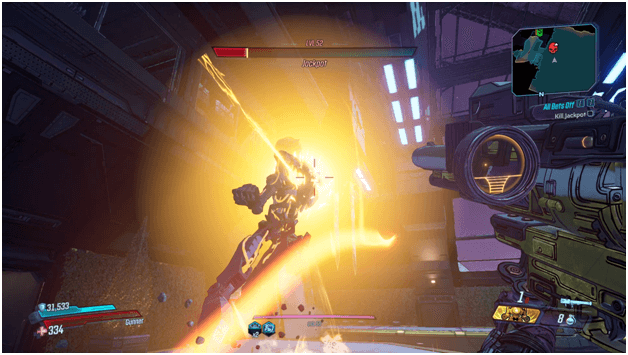 Jackpot will hover in the air for a short time and unleash sliding kick that deals damage if you are nearby or directly hit.

To dodge this, move out of the way as soon as you see Jackpot charging up. 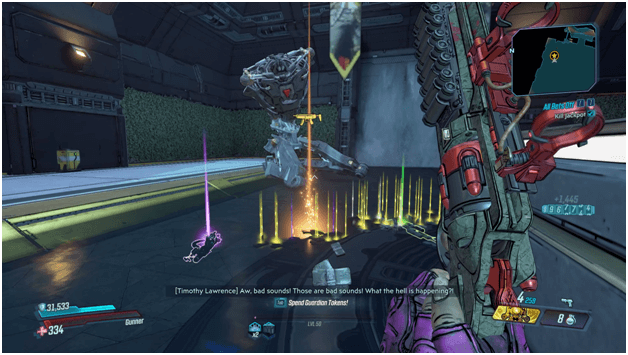 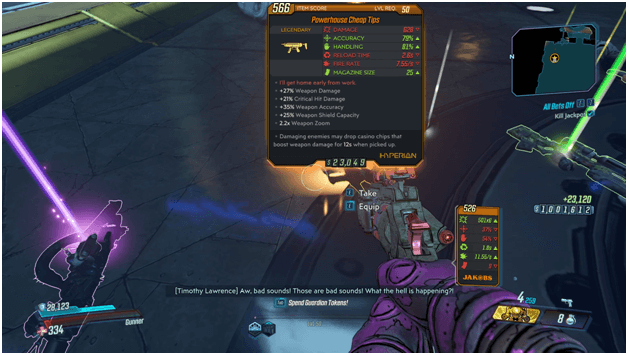 There is a high chance for Jackpot to drop the “Cheap Tips” legendary submachine gun when destroyed. 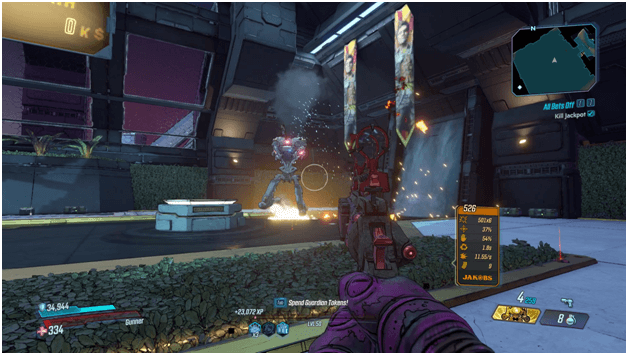