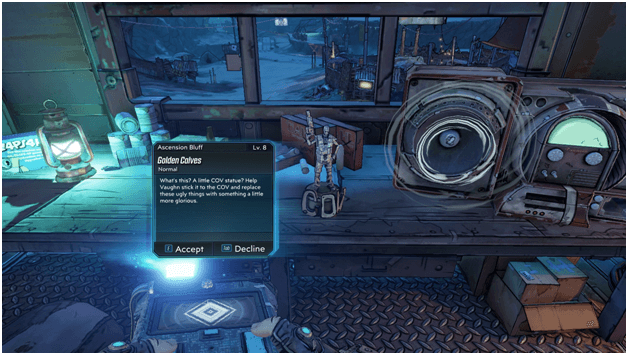 The Children of the Vault have ridiculous statues miniature statues lying all over the place which has become annoying to Vaughn so as a team you will seek out to create statues of Vaughn’s image instead.

You will set out to collect wanted posters of Vaughn that can be scanned in order to print out golden statues of him instead which will be used to replace the Children of the Vault statues. 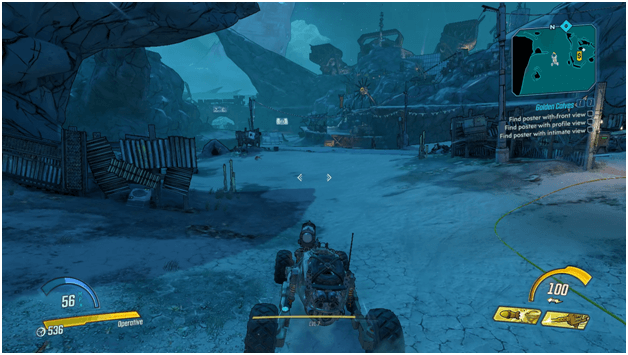 Once you are in Ascensions Bluff, head to the waypoint to the site where the wanted posters of Vaughn are set up as well as the location of the 3D printer which you will later use. 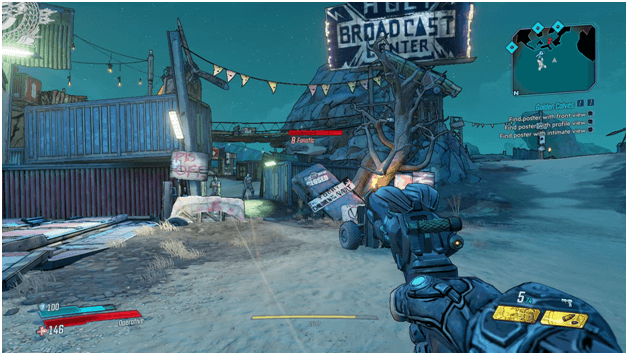 The area will be crawling with enemies so be prepared for a fight and make your way inside while fighting through the bandits.

Try not to rush past all the enemies but instead make your way through while killing them as it can become a bit dangerous if you get careless since the place is swarming with bandits that can outnumber you. 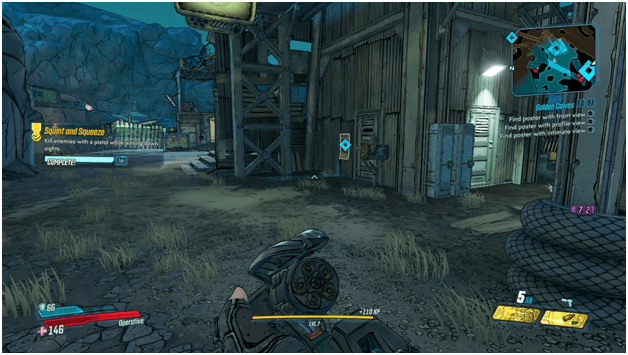 The first poster will be on at the first area you approach and will be the closes one on ground level so pick that one up first and head up to the stairs nearby to get easy access to the other two.

Posters will be picked up quite easily so you can pick them up and keep moving to avoid enemies focusing fires on a sitting target. 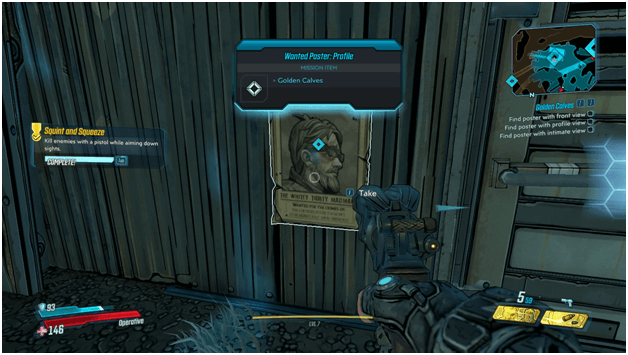 Simply grab the poster of Vaughn’s profile and make your way up the stairs while you also take out enemies along the way.

Since there are several enemies its best to keep moving forward while picking up the posters and just fighting any enemies left at the end of the area. 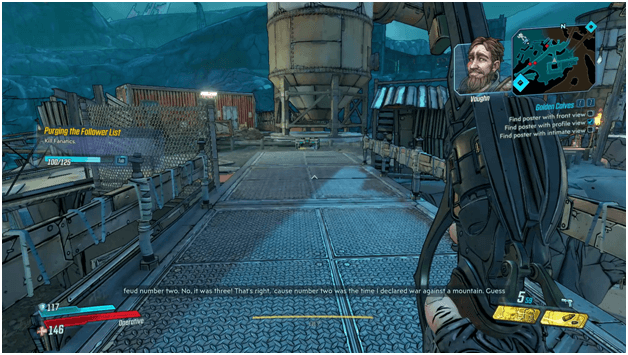 After heading up the stairs and moving forward, make a left first to cross a bridge and get one of the other posters so later on you don’t have to go back for it as the third one is much further away.

Be sure to open up loot containers lying around for ammo and to restore your health as the number of enemies can take a toll on both your ammunition and health. 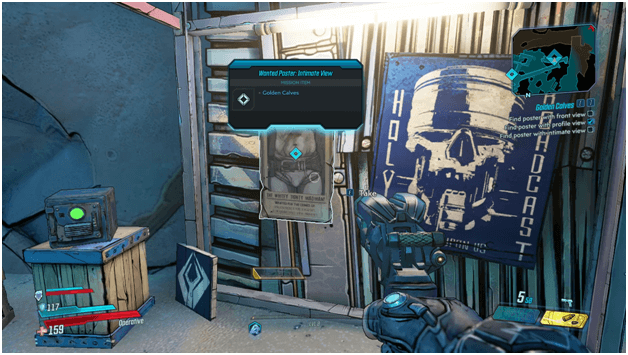 Grab the poster of Vaughn’s intimate area and head back across the bridge, making your way to the third poster. 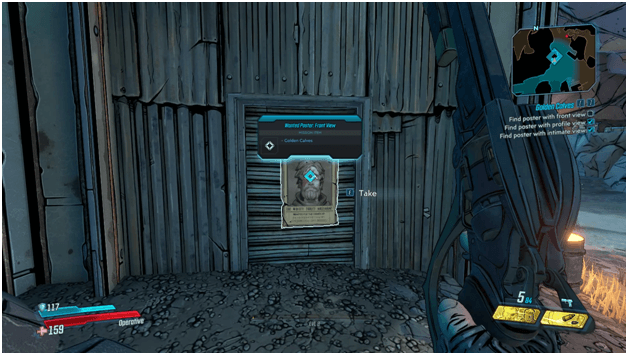 The third poster which is a picture of Vaughn’s front view will be on the way towards the printer so once you should definitely grab that one last so you can continue through the mission faster. 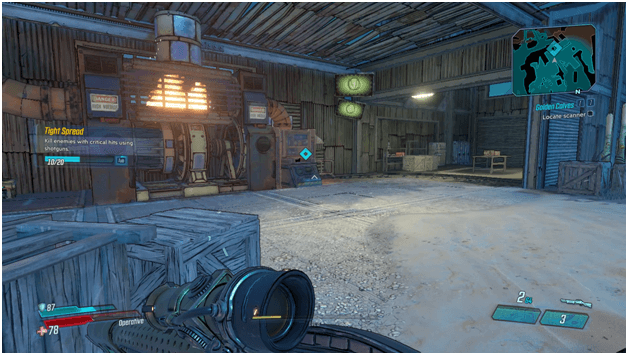 Make Your way towards the scanner and place the posters of Vaughn so that it will scan the posters which will then be used to create golden statues of him.

The 3D printer may take some time so be sure to do some looting or finish off any remaining enemies for experience. 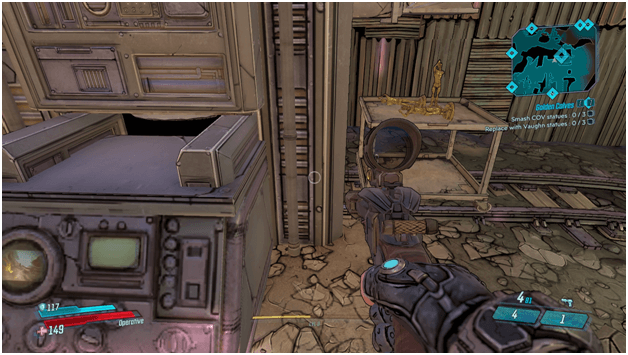 Vaughn will ask you for your opinion on the statues which will end with you giving a confidence boosting compliment followed by Vaughn now instructing you to find the COV statues, destroy them and replace them with his statues. 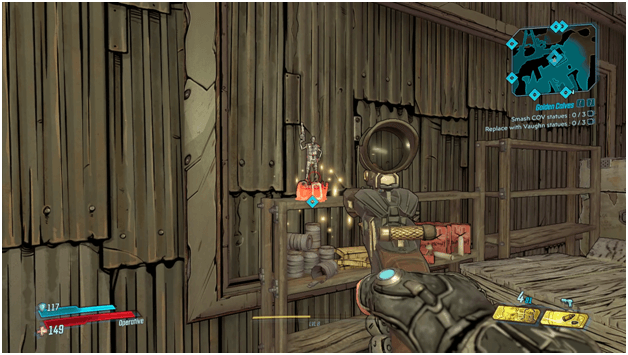 Follow the waypoints to the nearest COV statues and destroy them to make space for the golden statues of Vaughn.

There are several waypoints around you where the COV have placed statues and you can choose any of them but if you wish to finish the mission quickly, head for the closest ones and check your map to plan your route.

The first one is in the same room with the 3D printer while another one is just below you in the back of a vehicle which you can take out to check 2 off of your list quickly. 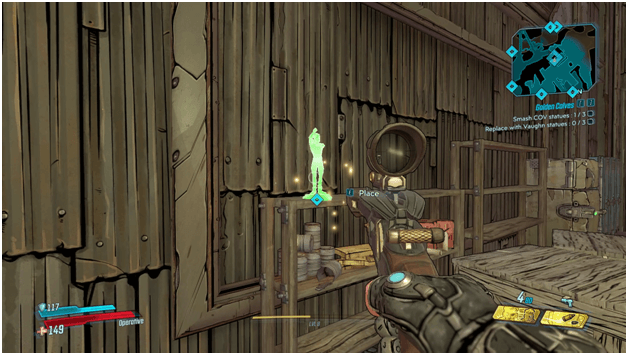 After destroying the COV statues, press the use key to place the statues of Vaughn which you will have to repeat 3 times to progress.

Its best to place the statues immediately after destroying the COV ones so you don’t have to go back for them later on.

Reporting Back To Vaughn 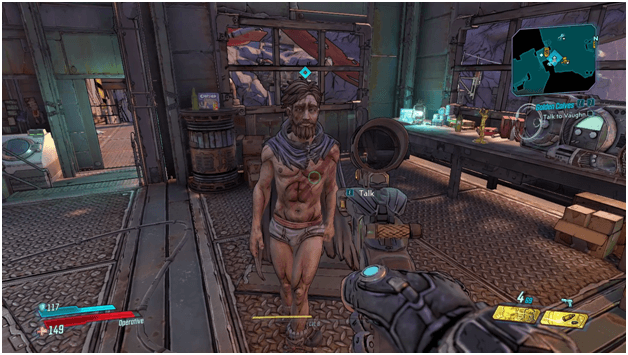 Once you have completed replacing the COV statues, head back to Vaughn by driving or by fast travelling to the propaganda center and speak with him to complete the mission.

Vaughn will talk a bit and may even begin doing pushups but eventually the mission will complete and you will get your rewards. 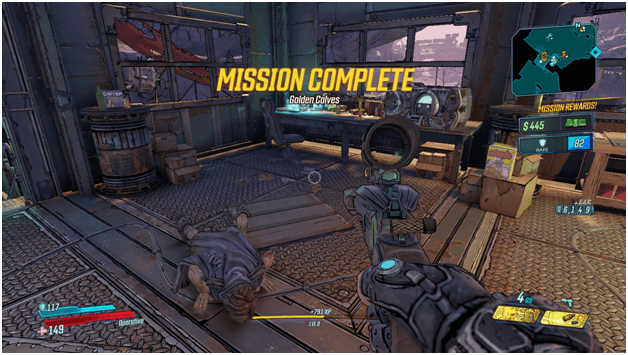 Upon finishing the Golden Calves mission, the rewards received will be around 445 Cash and a rare shield mod. 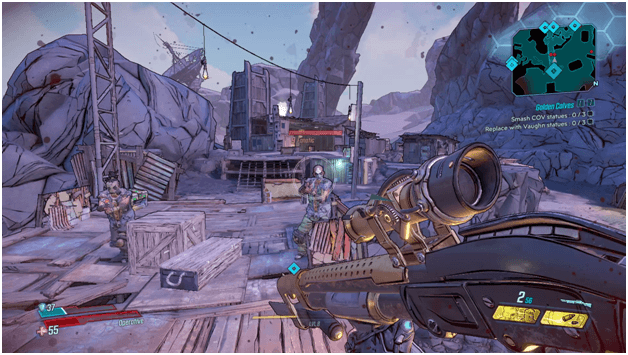