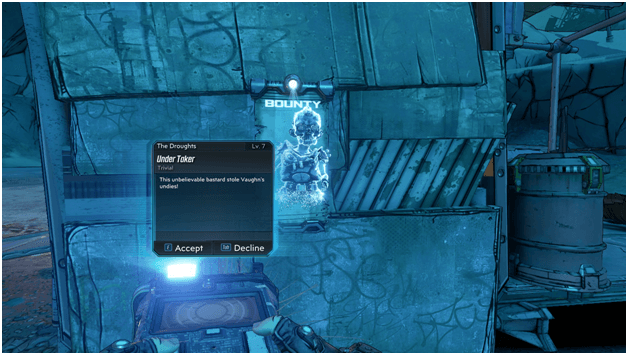 A bandit has stolen Vaughn’s Hyperion Redbars which are a pair of his undies which has caused him to become very upset.

You are tasked to carry out Vaughn’s revenge against the Under Taker and murder him horribly as Vaughn says.

Head To The Under Taker’s Location 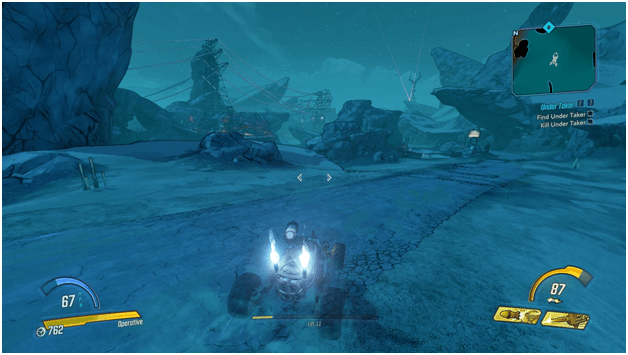 The Under Taker is in a bandit camp nearby located close to the entrance leading to Ascensions Bluff on the left side of the road.

Head over there on a vehicle to save time as it will take a long time if you try to walk over there or you may teleport to an area in Ascensions Bluff and move back to The Droughts if you are feeling lazy to do so.

Fight Your Way Towards The Under Taker 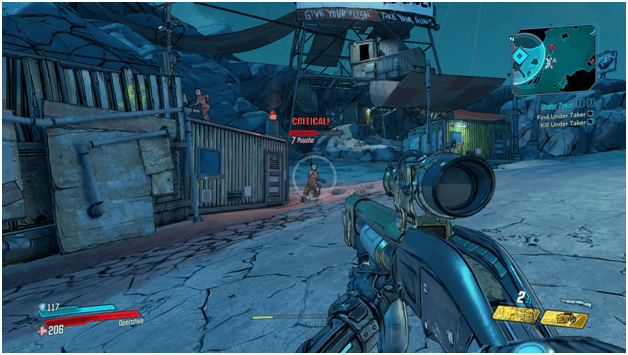 The bandit camp will be swarming with bandits so take them out before you head inside or along the way. 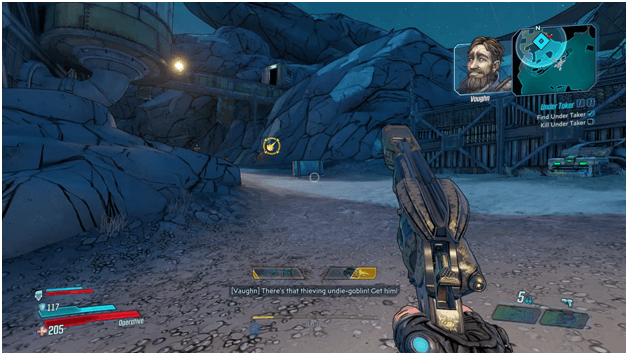 Once you reach the inner area of the camp, Vaughn will tell you when the Under Taker is in sight and from there on you can kill him. 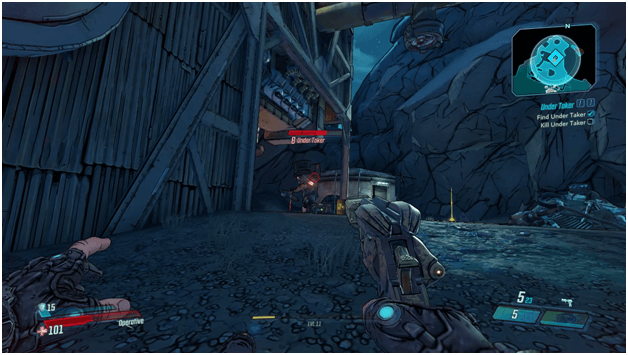 The Under Taker is similar to a badass tink and will be quite durable but still quite easy to kill, especially if you have a shotgun to knock him back.

Headshots will do a lot of damage to him so try to aim for the head and try to dispose of him as soon as possible before he puts up a sentry which can deal a lot of damage. 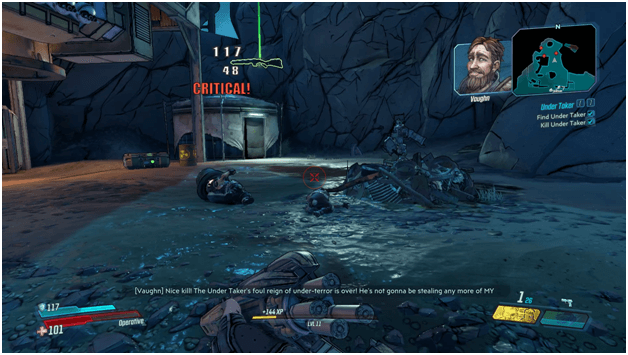 After Vaughn’s victory speech, the mission will end and you will receive your rewards. 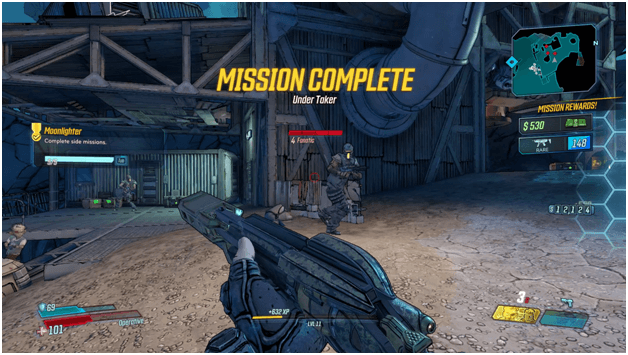 After Finishing the Under Taker mission, you will be rewarded with a rare SMG and around 530 Cash. 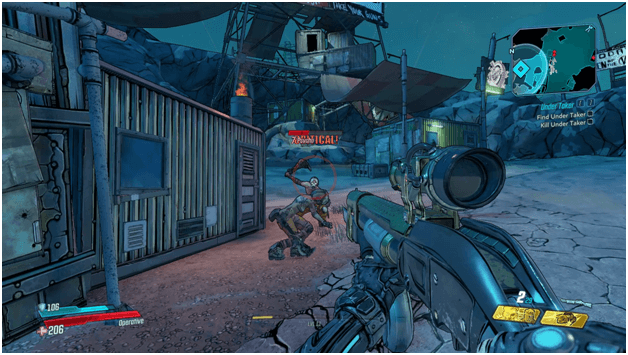