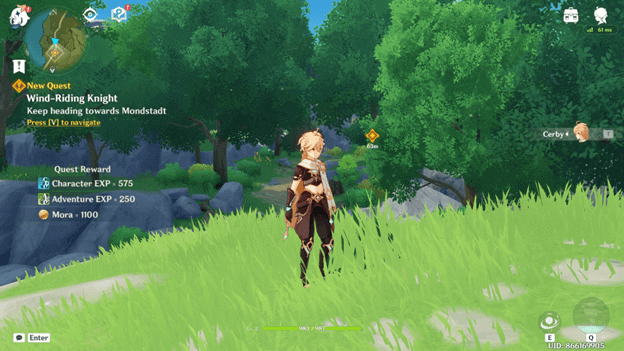 After the intense scene during Forest Rendezvous in which you have encountered the mysterious boy and a Blue Dragon.

Paimon will tell you to keep heading towards the city of Mondstadt, where a new exciting journey will begin.

During this quest you will encounter a new face along the way who will later on join you on your future quests.

How To Get Wind-Riding Knight Quest?

After completing the Forest Rendezvous you receive the Wind-Riding Knight quest, which further leads you to Mondstadt City. 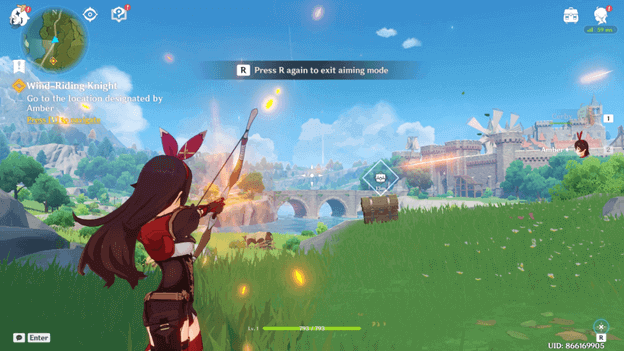 Once the quest begins, you will continue heading towards the city of Mondstadt.

As you get closer to the city, suddenly a mysterious girl will appear and block your path.

The mysterious person will introduce themself as Amber, a Knight of the Favonius, who then offers to escort you to the city.

2) Use Amber to Defeat the Airborne Slimes

When the cutscene is done, you will have obtained a new character named Amber, who has to be used to defeat the Airborne Slimes.

Once you have equipped Amber, you will need to use her bow to target and shoot the Airborne Slimes before continuing with the quest.

3) Go to the Location Designated by Amber

As you go with the team which now consist of Amber, Paimon and yourself, the search for your kidnapped sibling will continue.

Continue making your way towards Mondstadt City and once you arrive, the quest will be completed.

After completing the Wind-Riding Knight quest, you will receive the Character EXP, Adventure EXP and Mora in the following amounts: 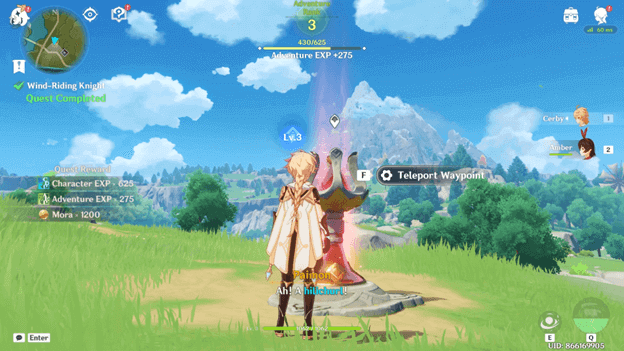 After exiting the forest, You and Paimon have met Amber, who is now permanently a playable character.

After Paimon explained about yourcharacter’s lost sibling, Amber decided to help you and escort you to the city of Mondstadt.

Now with the help of Amber, things seem to have slightly gotten better and hopefully more clues will now lead to the whereabouts of your sibling.