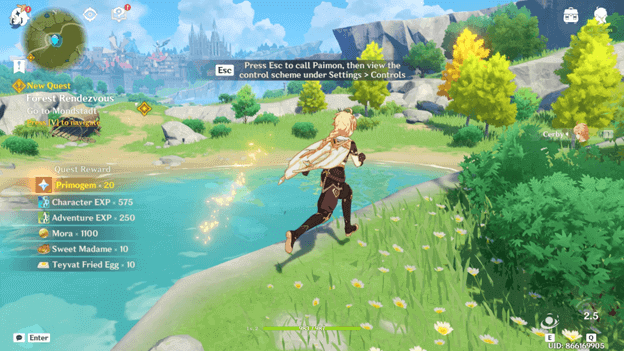 After you have defeated a group of Slimes in the Unexpected Power quest and learned how to use your new elemental skills properly, your next quest is to go to the city of Mondstadt.

Paimon thinks that you may find some clues about your kidnapped sibling in the city, which is why you will need to go there.

As you make your way to Mondstadt, there will also be an encounter that begins to make the game more intense.

How To Get Forest Rendezvous Quest?

The Forest Rendezvous quest begins right after you have completed the Unexpected Power quest, where you recently began to use your new powers. 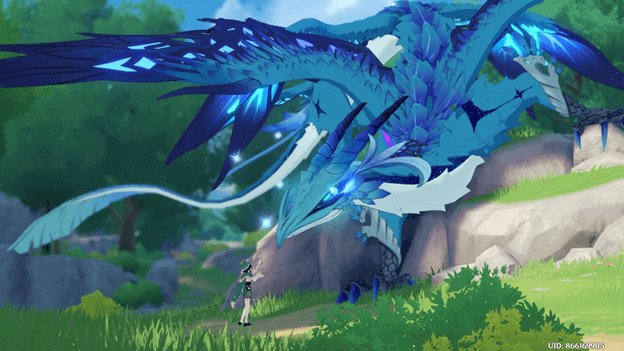 You will begin the journey to Mondstadt when suddenly as you run by, Paimon notices that a Dragon flies above you.

2) Advance to the Heart of the Forest

When Paimon sees the Dragon in the sky towards the forest, she tells you that you have to be cautious in the forest as you continue going to the city.

3) Investigate What Paimon was Found

As you enter the forest, Paimon notices a mysterious boy talking to a Dragon, and the Power of Anemo shines from within you, and the interruption causes both of them to flee.

When the cutscene is done, you will interact with a shiny red item(Crimson Crystal) and Paimon says that she has never seen a crystal like that before.

Although she knows how dangerous it is, she decided to keep it safe for now and puts it away afterward.

After completing the Forest Rendezvous quest, you will receive the Character EXP, Adventure EXP and Mora in the following amounts: 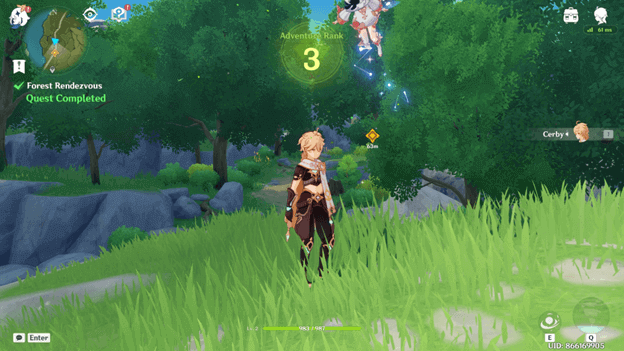 You and Paimon encountered a giant Blue Dragon as you were going towards the city of Mondstadt and also witnessed it along with a stranger in the forest.

After the Dragon and a mysterious stranger ran off, you have collected a Crimson Crystal that was left behind.

It is uncertain at this point who the mysterious stranger is and what his connection with the dragon may be but soon you may find out.