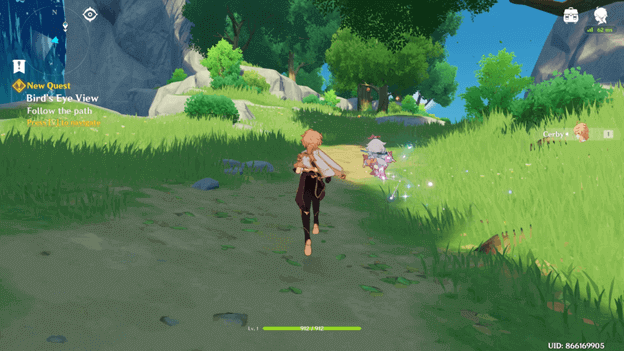 The Bird’s Eye View quest follows after the Wanderer’s Trail quest where Paimon will teach you about the Statues of the Seven.

During this quest, Paimon will lead you to the statue of the Anemo God, who is the god that controls the wind.

You will also learn how to swim during this quest, which will help you in the future when there are places you need to cross through water.

How To Get Bird’s Eye View Quest?

You will get the Birds Eye View quest, which begins right away after you have completed the Wanderer’s Trail quest. 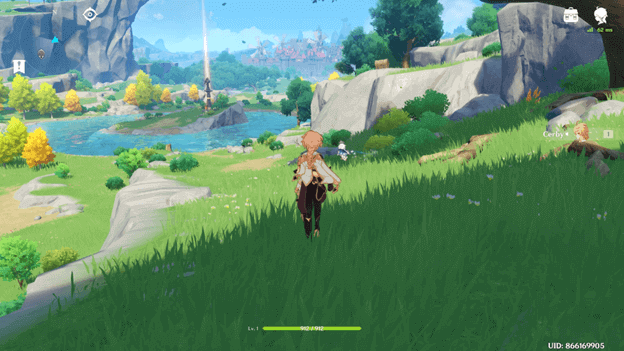 Once the quest begins, you will need to follow Paimon until you reach a cliff that overlooks Starfell Lake, which is where the Statue of Anemo is located.

Paimon will tell you about the Statues of the Seven and will then lead you first to the Statue of Anemo.

After a short cutscene, you will need to follow Paimon as she leads you to Starfell Lake.

4) Swim to the Island in Starfell Lake

You will need to swim across Starfell Lake to reach the Statue of Anemo, which the main character will then interact with during a cutscene.

After completing the Bird’s Eye View quest, you will receive the Character EXP, Adventure EXP and Mora in the following amounts: 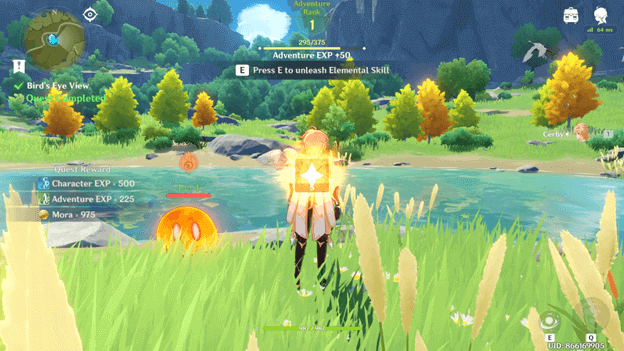 When you’ve finished the quest, you will have learned a new type of movement in the game which is how to swim.

As you went through with the quest, Paimon taught you about the Statues of the Seven, which you will later on need to visit.

After touching the statue, Paimon claims that now you have gotten the power of Anemo and now suggests you head to Mondstadt, the City of Freedom.