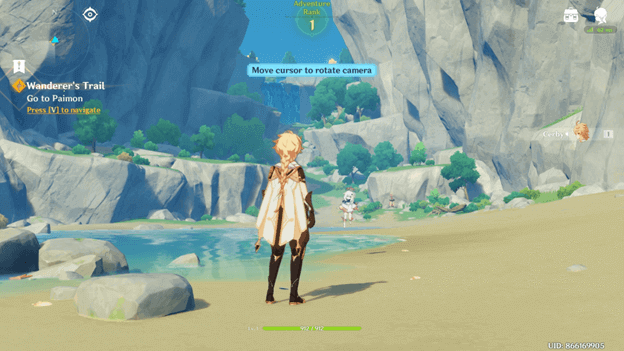 The Wanderer’s Trail quest is the very first quest that you get when you first start playing Genshin Impact.

After the main character’s sibling is taken they will arrive on a beach where they meet Paimon, who guides them.

This quest will serve as an introduction and tutorial or basic movement in the game.

How To Get the Wanderer’s Trail Quest?

This is the first quest when you start Genshin Impact after you choose your character and the opening cutscene. 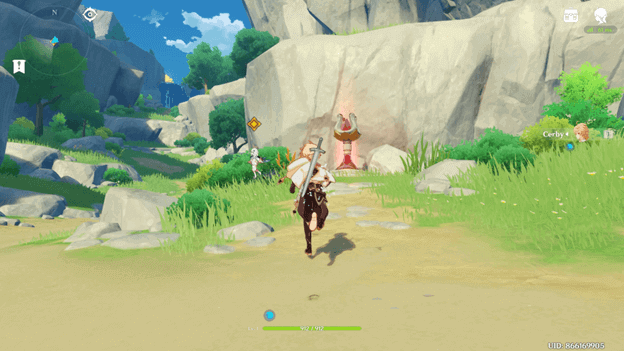 Once you enter the game Paimon will be nearby and you will have to approach her.

The Teleport Waypoint will be locked and you will have to unlock it by interacting with it.

4) Go to the Foot of the Cliff

After you unlock the Teleport Waypoint, continue following Paimon until you reach the foot of the cliff.

5) Climb to the Top of the Rock Face

Once you have climbed the rock face, continue following Paimon and the quest will be completed.

After completing the Upon the Breeze quest, you will receive the Character EXP, Adventure EXP and Mora in the following amounts: 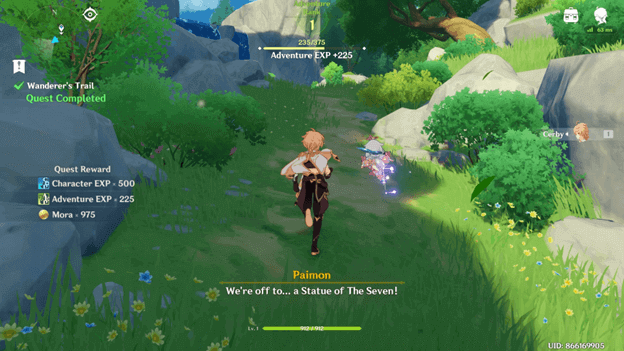 Once you have finished this quest, you should be familiar by now with the basic movement controls and know how to unlock Teleport Waypoints.