During the Unexpected Power quest, learn how to use your Elemental and Burst Skills that allow you to deal more damage.

It turns out that these new elemental powers were gained when you interacted with the Statue of the Seven.

This quest serves as an introduction to the elemental skills, which your characters will be able to use as you progress through the game..

How To Get the Unexpected Power Quest?

After touching the Statue of Anemo and completing the Bird’s Eye View quest, you will obtain the Unexpected Power quest. 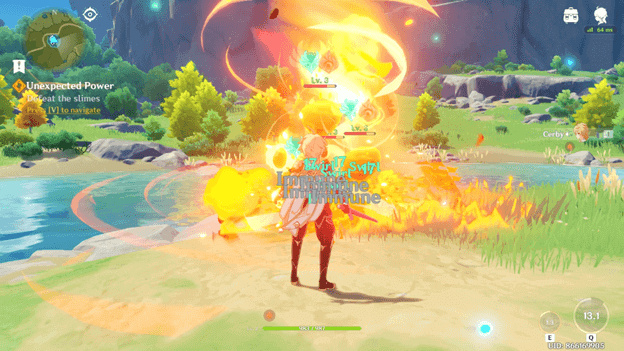 At the beginning of the quest, Paimon will talk about how the elements of the world have responded to you..

Shortly after, Paimon will show you how to use your first skill by holding the charge button to increase its power.

After you have used your Anemo Powers to defeat all the Slimes, you may now cross the Starfell Lake freely, to go to Mondstadt.

After completing the Upon the Breeze quest, you will receive the Character EXP, Adventure EXP and Mora in the following amounts: 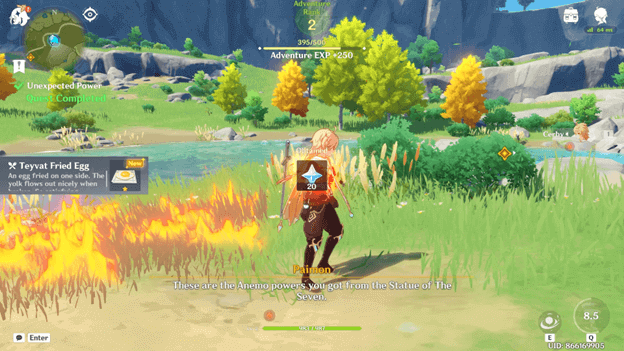 When you’ve finished the Unexpected Power quest, you will have learned how to use your Anemo Power given by the Statues of the Seven.

Your Elemental Skills can now be used during the game at any time you choose but they have a cooldown..

After learning to use the Elemental Skills from the power you have obtained, you will search for your sibling at Mondstadt.