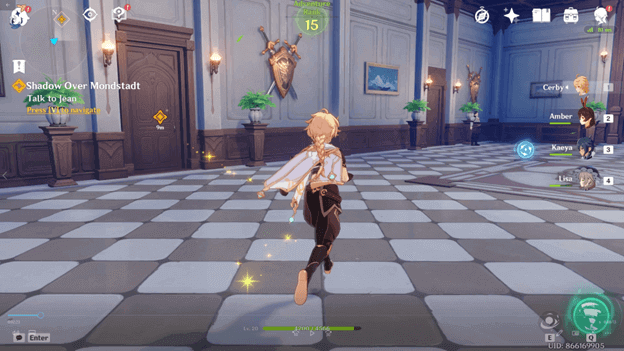 Shadow Over Mondstadt is a quest that begins Prologue Act II – For a Tomorrow Without Tears, which begins with you meeting Jean after she has spoken to a member of the Fatui.

As you previously obtained a Crimson Crystal, you decided that it should be brought to the Knights of Favonius to be checked.

It is during this quest that you speak with Jean and Lisa as everyone tries to figure out more regarding it and plan.

How To Get Shadow Over Mondstadt Quest?

You must complete the Prologue Act I – The Outlander Who Caught the Wind and reach Adventure Rank 10 to unlock the Shadow Over Mondstadt quest. 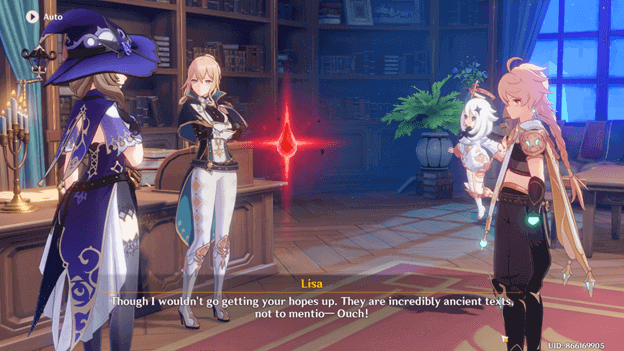 Once you reach Adventure Rank 10, this quest will become active, and depending on where you currently are, you will need to head over to Mondstadt.

You will encounter Jean speaking to Anastasia, a Fatui Diplomat who is insisting they want to put an end to Stormterror.

Jean is against this idea and afterward, she speaks with you but decides it’s best to talk about what you have to say within the headquarters.

2) Return to the Knights of Favonious Headquarters with Jean

After speaking with Jean, you will need to head back with her to the Knights of Favonius Headquarters to speak more privately.

You will need to enter the headquarters and follow the waypoint into a room where Jean and Lisa will be waiting for you.

Upon entering the room, a cutscene will play where Jean and Lisa are examining the Crimson Crystal with you in the room.

It is here that Jean gives you the title of Honorary Knight of Favonius, asking you to continue your assistance in finding answers.

After the cutscene, the quest will shortly come to an end, leaving no clues yet about what is to be done with the Crimson Crystal until later.

After you have completed the Shadow Over Mondstadt, you will receive Character EXP, Adventure EXP, and Mora as well as additional rewards. 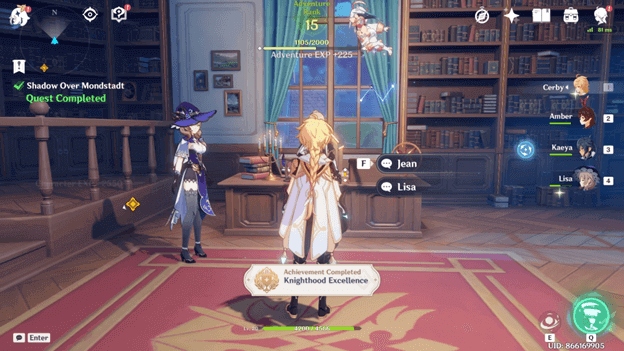 It seems that the Fatui are starting to attempt to get in the way when it comes to how the Knights of Favonius are running things.

While you have shown Lisa and Jean the Crimson Crystal that you found when Stormterror and the mysterious person in green left, no clues are found.

You have been granted the title of Honorary Knight of the Favonius and have been asked to continue helping out with the matter.