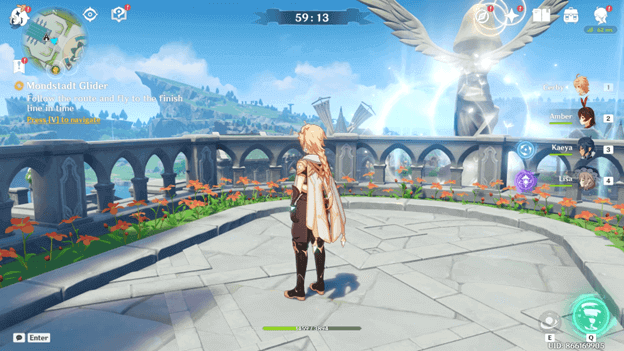 After completing a previous gliding part of the gliding exam with Amber, another one awaits and this time it will be in Mondstadt City.

You will need to head over to where Amber is located to take the next test, which will involve gliding around the city.

This is one of the parts of the exam which is needed for you to get your Gliders License to make your gliding activities legal.

How To Get Mondstadt Glider Quest?

Mondstadt Glider quest is obtained after you have finished the quest called License to Glide and is a continuation of your exam for your Gliding License. 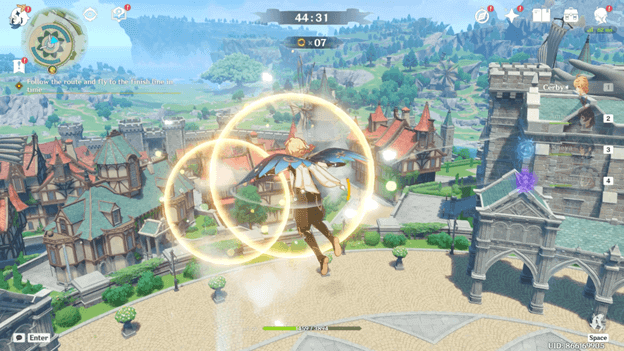 1) Go to the Door of Mondstadt Cathedral

A marker will show her location on your map and you can get to her by traveling back to Mondstadt by walking or using the Teleport Waypoint.

Once you find amber in front of the cathedral, you will need to speak with her which will prompt the test to begin shortly.

The exam will start and you will need to head towards the rings by gliding which will push you in the direction heading towards more rings.

You will need to fly through each of the yellow rings in the area to complete the exam but will only have a certain amount of time.

After flying through each of the rings, Amber will be at a nearby location and you will need to land where she is and talk to her once more.

Speak with her again and you will proceed to do the final stage which should be the last thing you need to earn your Gliding License. 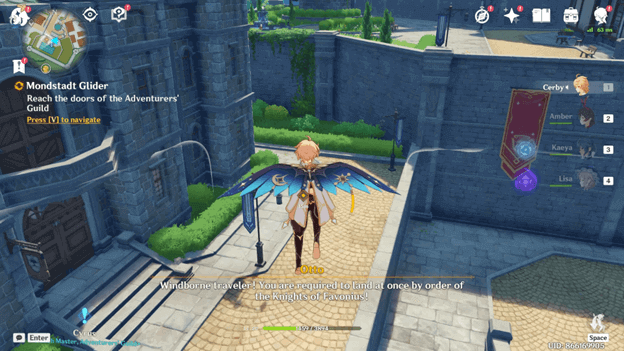 Once again you will need to fly through all of the rings that appear within the limited amount of time that you are given.

As you are completing this exam, you will eventually be halted by one of the Knights of Favonius named Otto for some reason.

6) Reach the Doors of the Adventurers’ Guild

Once you are near the doors of the Adventurers’ Guild, a cutscene will play where Otto attempts to arrest you but Amber rushes in.

It appears that you were halted because a criminal named Raptor was seen gliding around Mondstadt and you were thought to be a partner in crime.

Luckily Amber was there to tell Otto that this was a Gliding Exam but since the case of Raptor being on the loose is at hand, she decides the two of you should go after him.

After you have completed Mondstadt Glider quest, you will receive Adventure EXP, Mora, and other rewards. 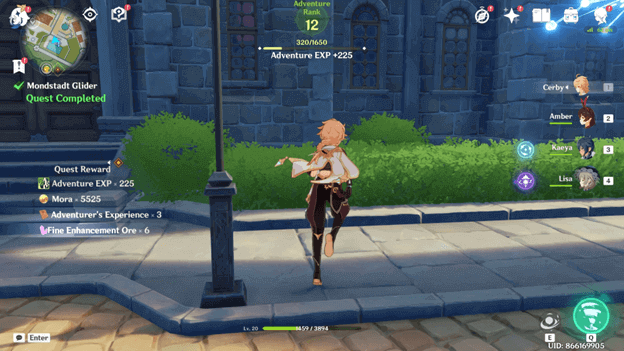 Everything seemed to be just fine and you were so close to completing your exam but unfortunately you were stopped by Otto.

Instead of completing your gliding exam, it looks like you and Amber will first have to chase off after Raptor who should be nearby.

Although your gliding exam has been postponed, you will eventually pass it and get your Gliding License sooner or later.