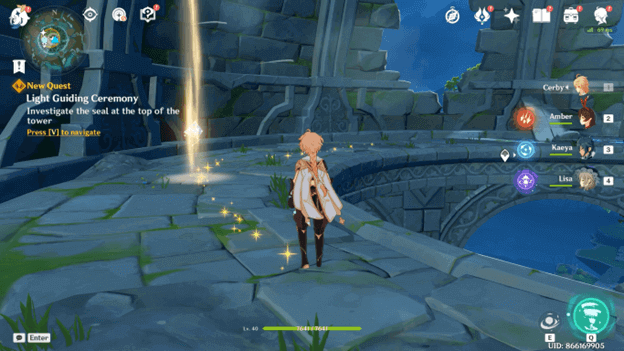 With the team arriving at the tower, Venti notices that the ruins are guarded by ancient seals which are preventing you from advancing further.

Diluc had previously recognized the markings on the devices which are now known to be light actuators and these need to be activated.

You will have to find a way to activate the light actuators to allow the team to advance further with their plans.

How To Get Light Guiding Ceremony Quest?

The Light Guiding Ceremony quest will begin right after you have completed the Empty Abode quest, continuing with the plan of saving Stormterror.

This quest is the fourth quest in Prologue Act III – Song of the Dragon and Freedom, where you and the team continue with plans to save Dvalin, also known as Stormterror. 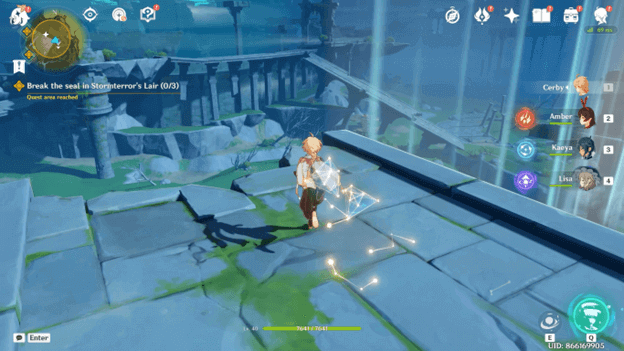 1) Investigate the Seal at the Top of the Tower

When you are in the tower, head to the last part and bring it to the light actuator so that it becomes activated.

At this point, you may want to activate the Teleport Waypoint nearby, so you have a faster way of returning to this area.

As you approach the light actuator, the glowing part you had just obtained will be pulled toward it.

Once the light actuator has absorbed the part you just placed, head back over to Venti and he will confirm that it worked.

He will mention that 3 more halos are circling the tower, which means you will need to activate their light actuators as well. 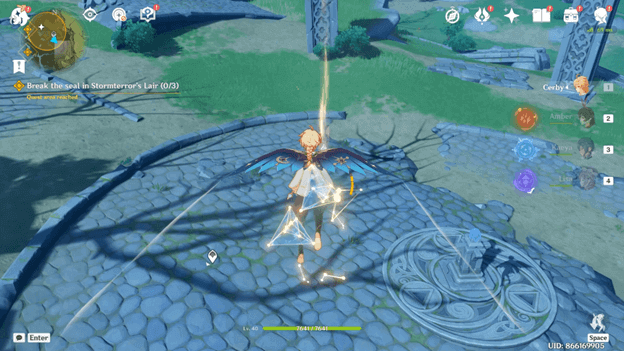 3) Break the Seal in Stormterror’s Lair

There will be 3 areas marked on your map which represent the light actuators and you will need to head to each one to activate them.

Each light actuator will have 3 parts needed to be activated and you will find them close by within the marked area.

Every time a light actuator has been activated, a halo that is surrounding the tower will disappear and turn into solid ground at the center.

This will allow you to later walk on the area and once the final one has been activated, the quest will be complete.

After you have completed the Light Guiding Ceremony quest, you will receive Adventure EXP, and Mora as well as additional rewards. 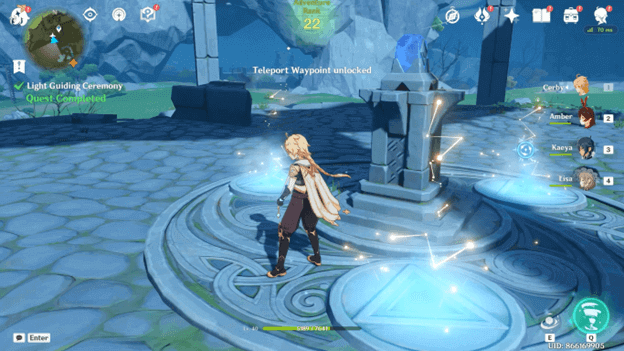 It seems that you have unlocked the three seals which means you may now see the Stormterror again and save him from a cruel fate.

With all the light actuators activated, the tower has become more accessible, and you are getting nearer to confronting Stormterror.

The team will be waiting for you back at the tower and it will be only a matter of time before it is time to see what can be done with Stormterror.