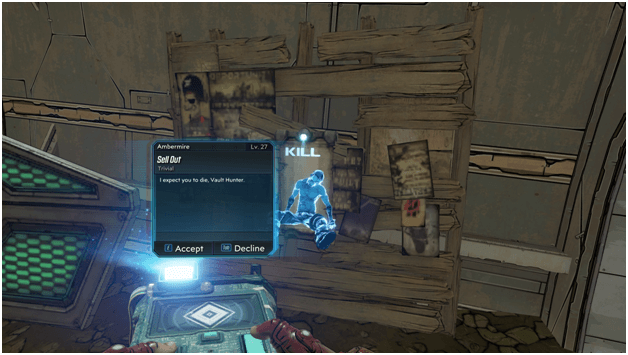 Tyreen Calypso tells you how her fans are dying for a new murder video to come up but she has no idea what kind of murder to do next so she made a death machine so that you may enter and kill yourself for everyone’s entertainment.

You task is to either go inside the death trap which will obviously kill you or foil Tyreen’s plan by destroying the murder cams that are meant to record your death.

Heading Over To The Death Trap 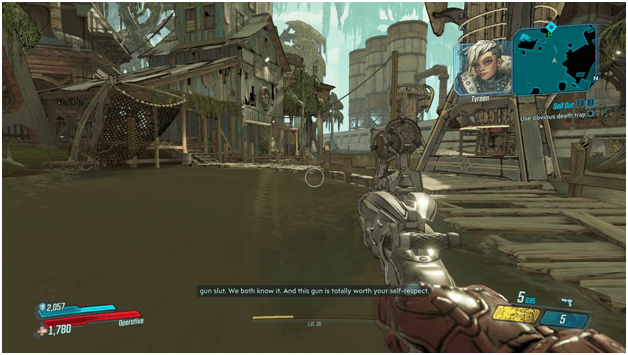 After acquiring the mission, you are to make your way to Ambermire if you are not currently in the zone and will then head for the death trap marked by a waypoint. 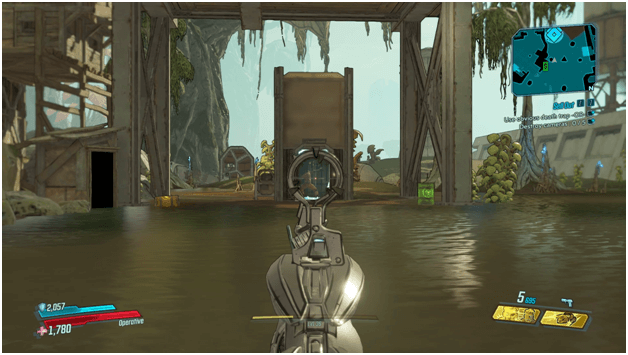 As you get near the death trap, you will see a bandit run inside who later on gets blown to bits which obviously tells you what will happen if you go inside. 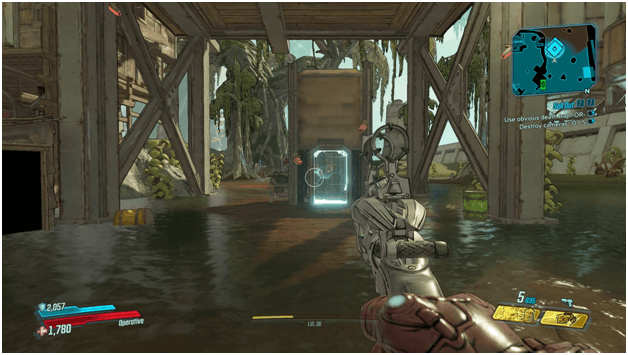 You have a choice to either enter the death trap or shoot the 5 cameras that are located around the area.

Tyreen tells you that if you kill yourself inside, she will reward you with a gun. 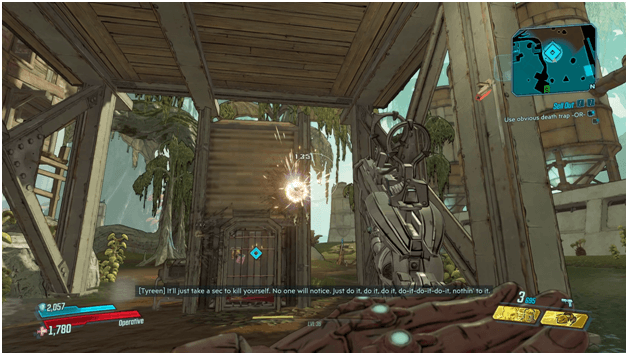 If you decided to shoot the cameras, Tyreen will begin trying to convince you otherwise which will allow you to still enter until you have destroyed the last camera.

Destroying all 5 cameras will end the mission and regardless if you cooperated or not, Tyreen will still give you a consolation for a reward.

If you decided to kill yourself, Tyreen will be happy and will later on continue to keep her word and rewards you after you have respawned. 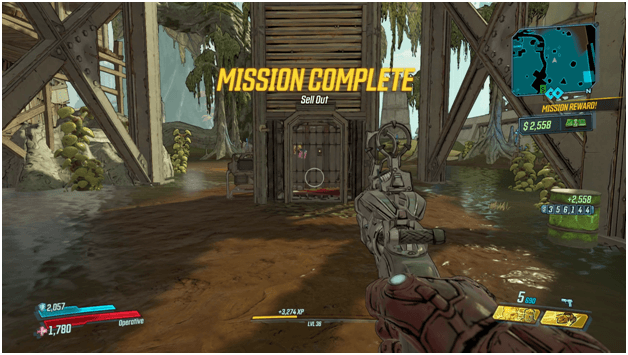 If you have decided to kill yourself to complete the Sell Out mission, you will be rewarded with a “Sellout” legendary pistol.

In the even that you destroyed the cameras, you will instead be giving a small amount of around 2,558 cash. 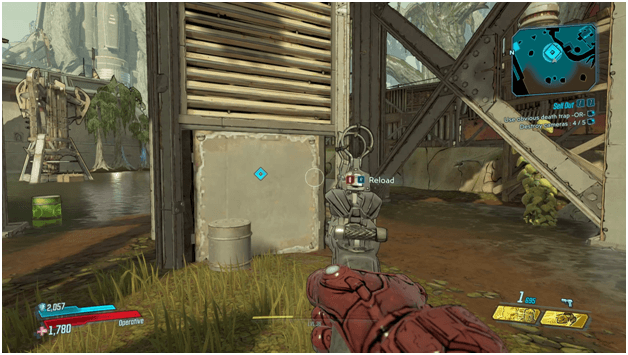