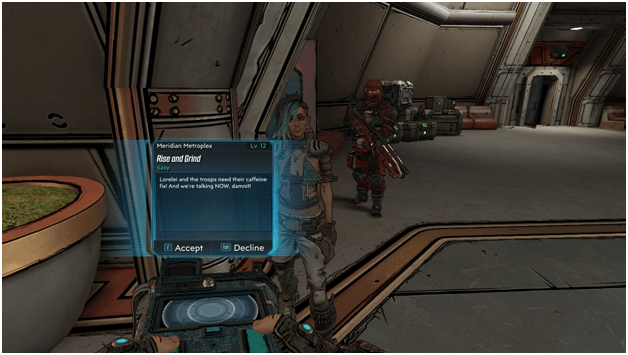 Heading To The Rise and Grind Coffeehouse 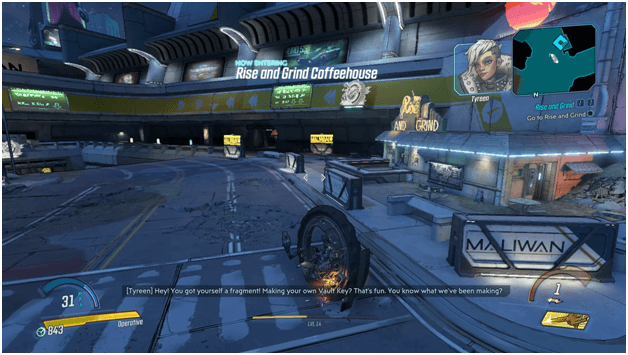 After receiving the mission from Lorelei, head over to the Rise And Grind Coffeehouse and keep in mind that bringing a vehicle with you can be a great help later on, especially for getting to the destination fast and dealing with enemies easily. 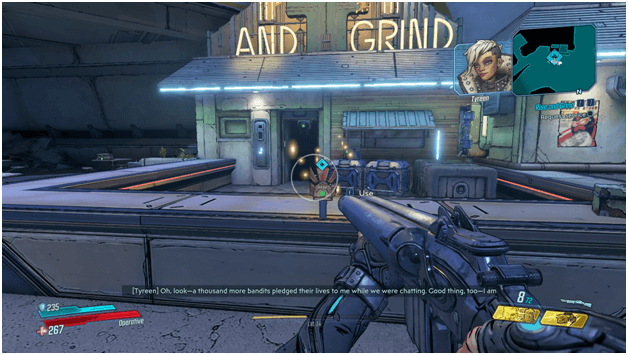 Your going to need to open up the coffeehouse by first summoning the barista bot so you can order some coffee from it. 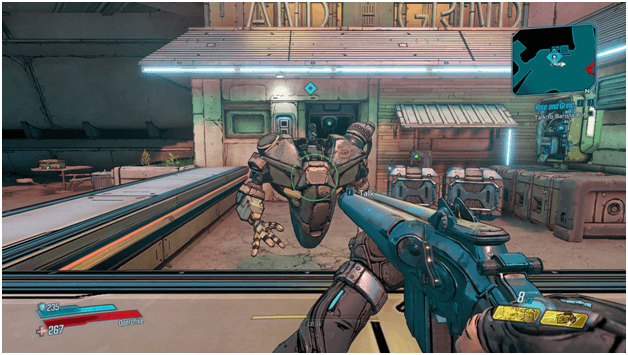 The barista bot will tell you that he can’t do any tasks since the coffeehouse needs a new power core and you will then need to find once to install in the coffeehouse’s power supply. 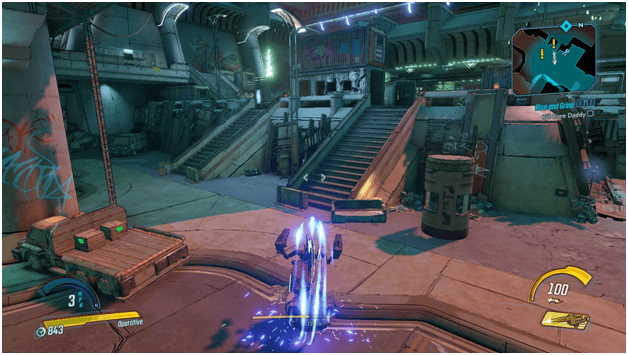 Lorelei will then tell you to look for someone known as Core Daddy who will have a power core that you can use, resulting in the need for you to kill him. 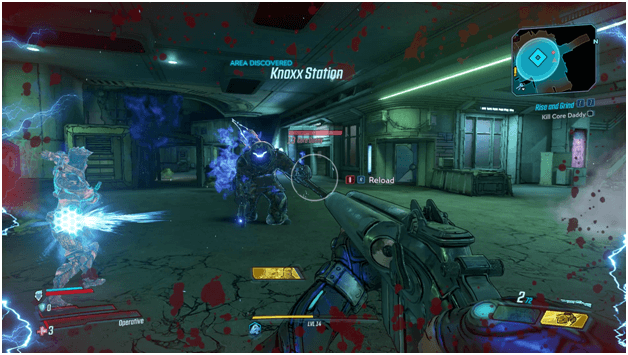 Once you reach the waypoint which shows Core Daddy’s location, you will immediately be engaged and will have to fight against him along with other Maliwan troops. 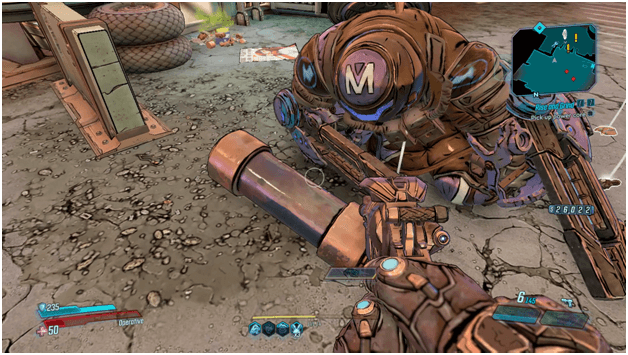 After defeating Core Daddy, pick up his power core and make your way back to the Rise And Grind Coffeehouse to install it. 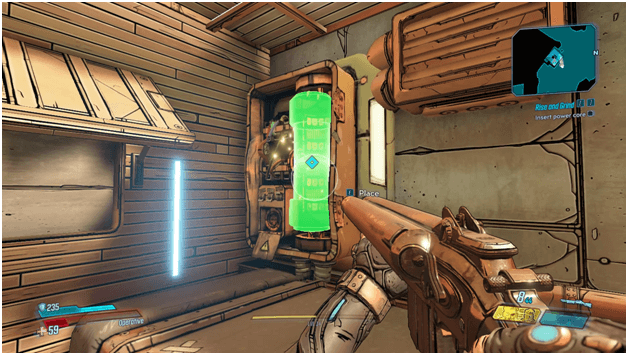 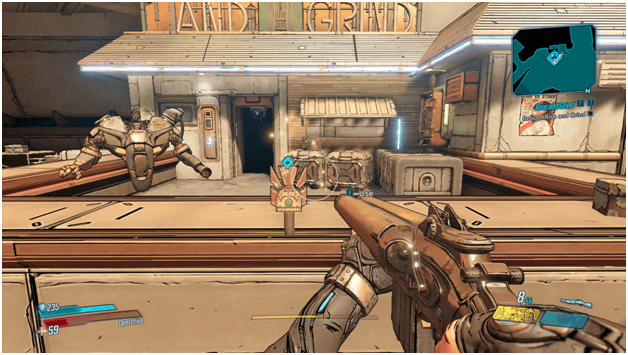 After you install the power core head back to the front of the Rise And Grind Coffeehouse and activate the button in front to power up the coffeehouse. 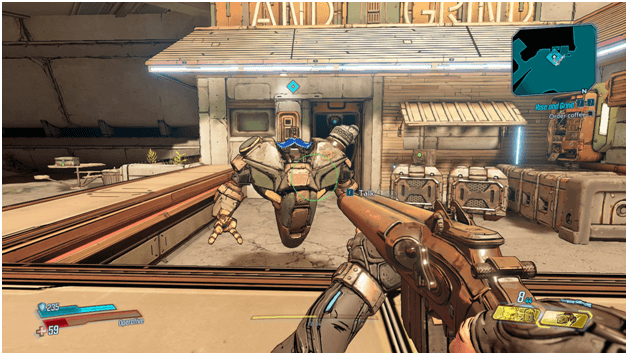 Once the coffeehouse is powered up the barista bot will now have a fancy mustache and you will then talk to it to proceed with the mission.

The barista bot will tell you that he still can’t give you coffee because you will need a cup for him to pour it in which leads you to your next step of hunting down the Coffee Commander and steal his coffee container. 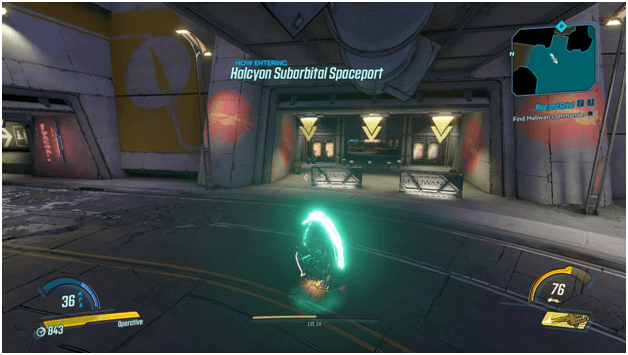 Head to the building just in front of the Rise And Grind Coffeehouse where the Coffee Commander’s men will be and start killing them to lure out the coffee runner.

Getting a Coffee Container 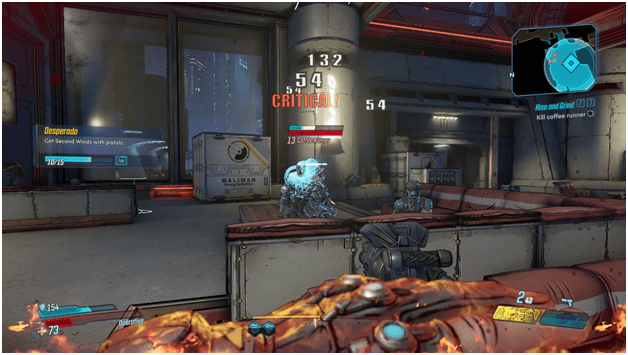 Once the coffee runner comes out of hiding, kill him so that the coffee container which is later on called the “to-go cup” which you will need to bring back to the barista bot. 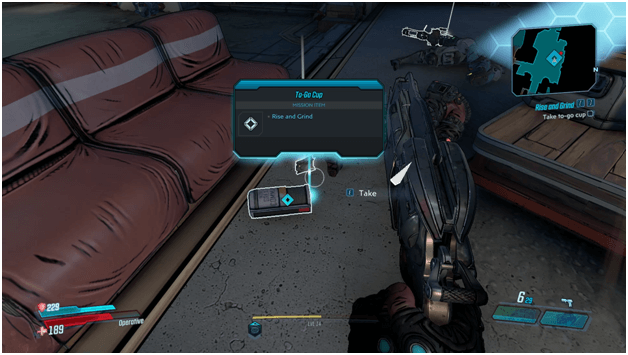 Pick up the coffee container and bring it back to the barista bot but be prepared for a fight since the Coffee Commander will instruct his troops to get the coffee container back which will lead to a fight where Maliwan troops will assault the Rise And Grind Coffeehouse. 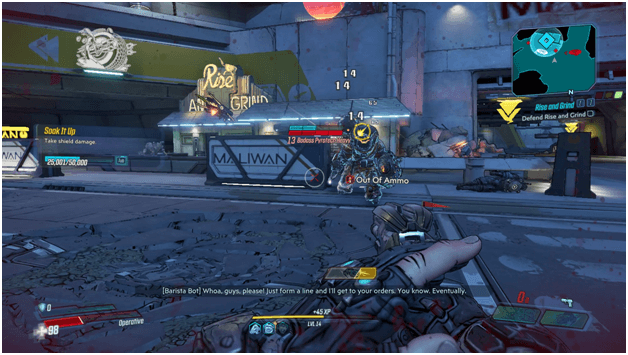 Kill all of the enemies that appear during the fight so you can proceed with getting the coffee from the barista bot.

Finally Getting The Coffee 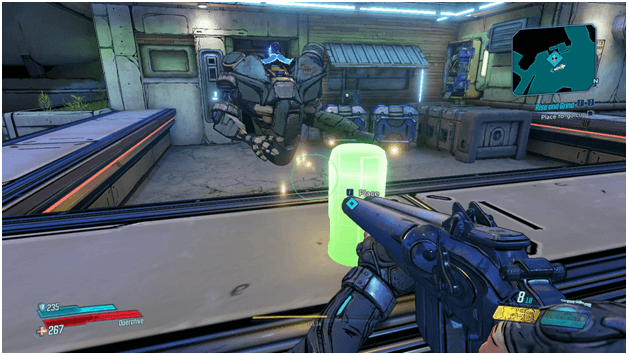 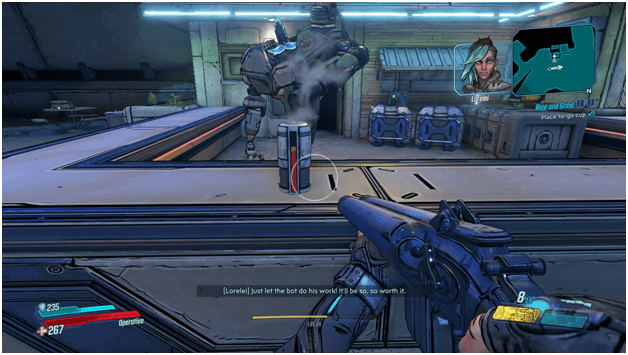 It will take a bit of time but there is pretty much nothing you can do to speed up the process of the barista bot pouring the coffee so just prepare to head on back to the base. 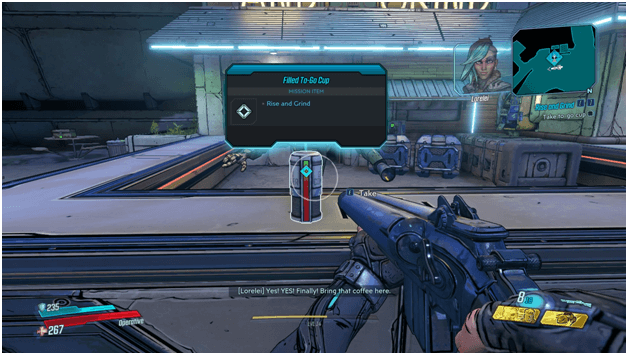 Once the barista bot is done filling up the “to-go cup” head back to the Watershed base where Lorelei will be waiting for the coffee container. 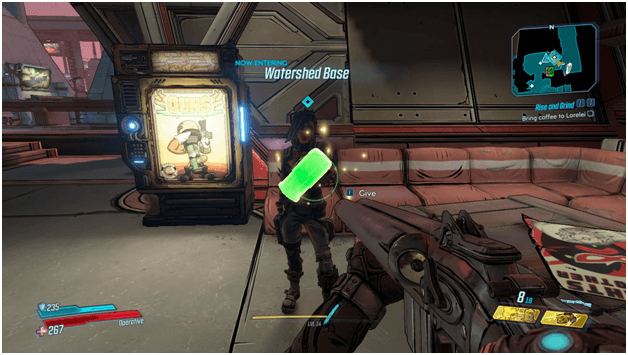 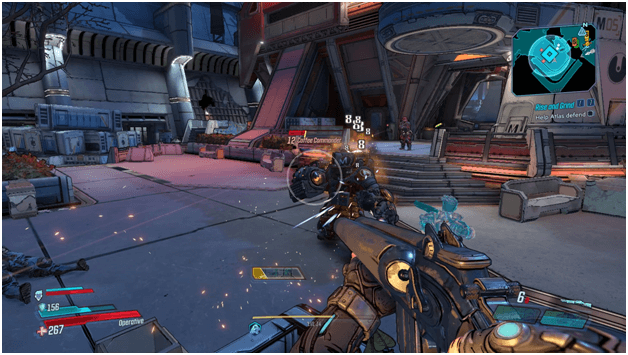 Try to aim for his weak spot on his back which is the ball-like object which appears to either power his suit or supply him with fire. 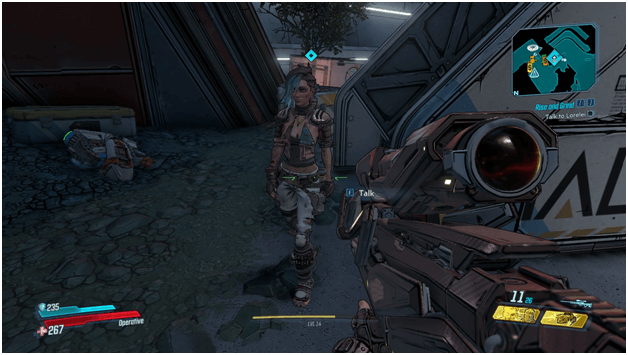 Once the fight is over, head over to Lorelei and talk to her to finish the mission and get rewarded for the tasks you have carried out. 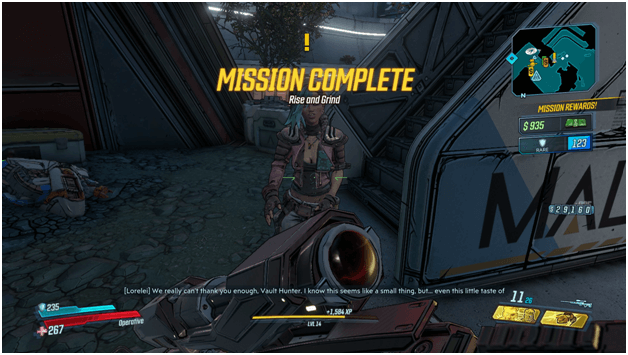 After finishing the mission, Lorelei will reward you with a rare shield mod and around 935 cash. 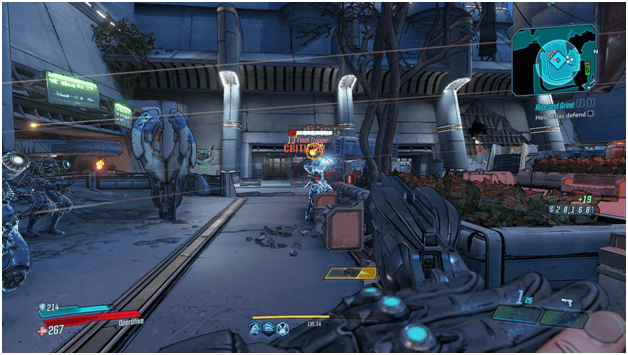