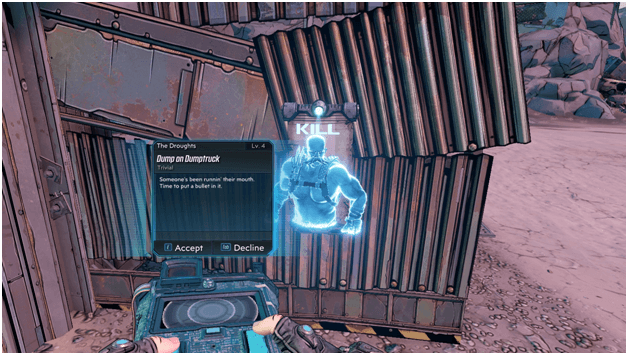 Dumptruck is a bandit who has been recently talking crap about the Crimson Raiders and this has made Ellie very upset, time to teach him some manners.

You are tasked to head over to his location and take him out and to add an insult to injury, Ellie has given you a bonus objective of shooting him in the ass. 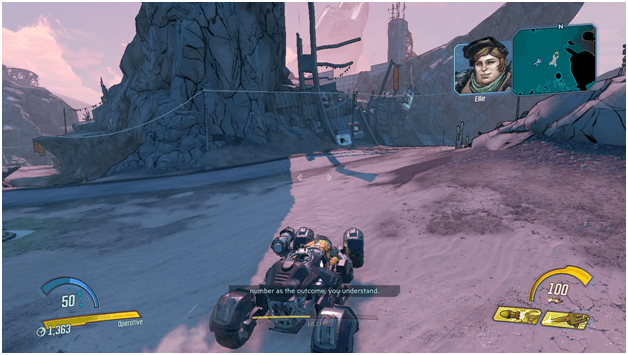 After picking up the mission from Ellie via the mission posted at Ellie’s garage, get a vehicle and drive over to Dumptruck’s location. 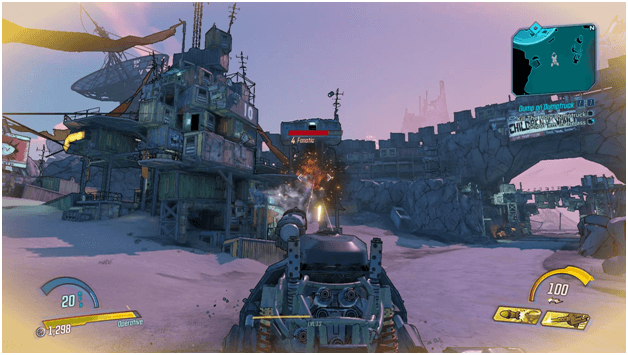 You will reach Bloodbucket’s Chapel and will need to make your way to the top where Dumptruck will be. 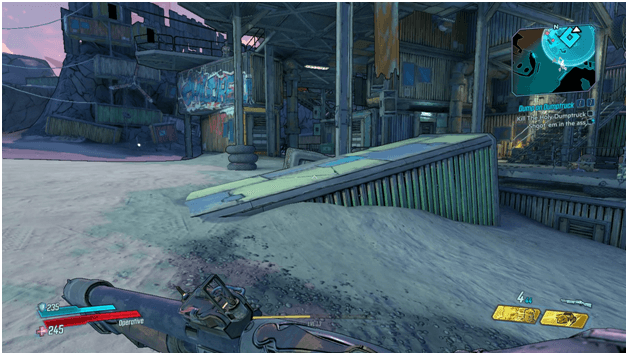 Head to the bottom of the structure and make your way to the stair where enemies will already by waiting and will start attacking you on sight. 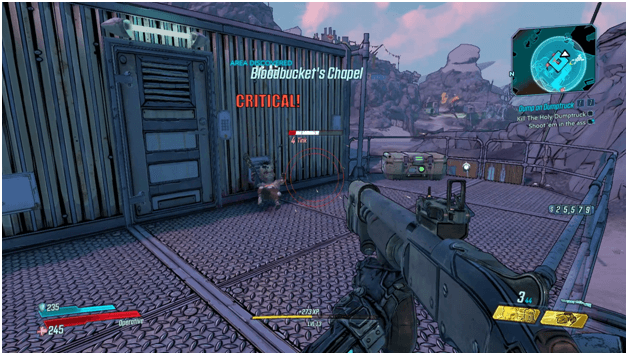 The enemies won’t be very high leveled so you should easily be able to take them out, watch out for parts where you may fall off as this can be quite annoying if you have to run all the way back up. 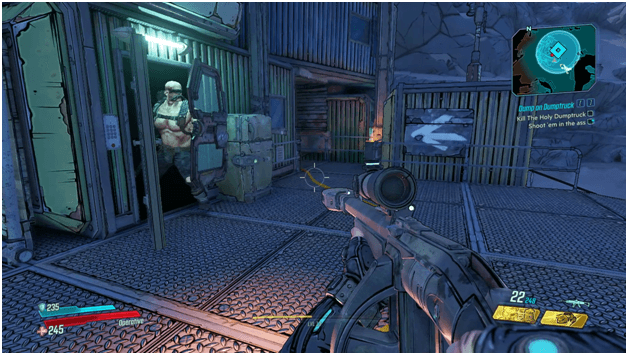 Once you reach the top, Dumptruck will come out of his quarters and will begin to attack you by firing at you or bashing you up close.

He will have a shield to protect his front which can be countered by aiming low, moving around him or waiting for him to taunt you. 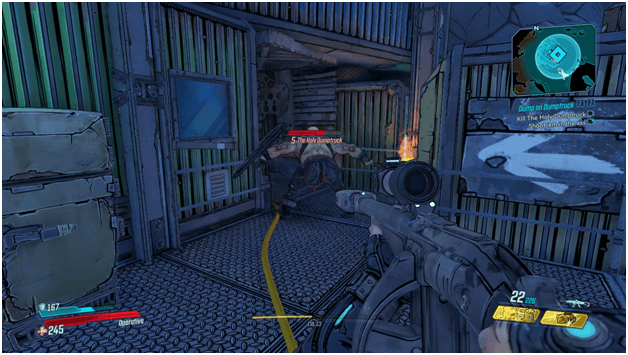 Dumptruck will taunt you from time to time, turning around and shaking his rear at you which is why Ellie has given you a bonus reward to shoot him in the ass.

He will taunt you several times during the fight and you can take this opportunity to shoot his rear and finish the bonus objective.

You only need to shoot him in the ass once and then you can sort to any other means of killing him afterwards. 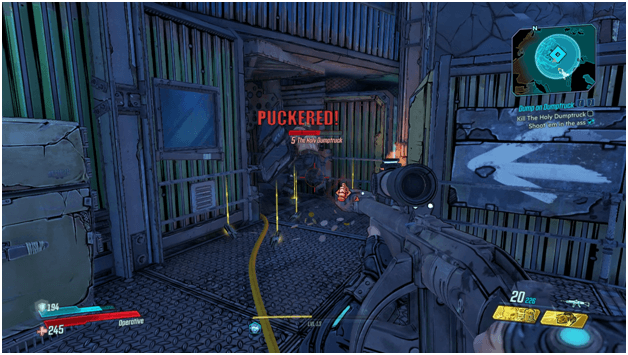 Shooting Dumptruck in the ass will cause the attack to become critical and a different word will pop up, providing a pretty funny moment every time you shoot his rear. 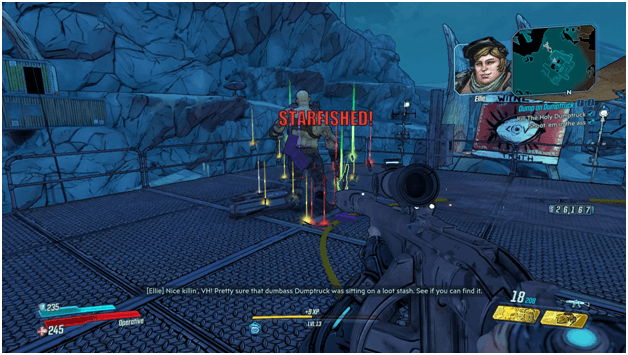 After you kill Dumptruck he will drop loot and Ellie will tell you that there is more loot nearby so you will have to look around and will later be led to his stash which has a closed trapdoor. 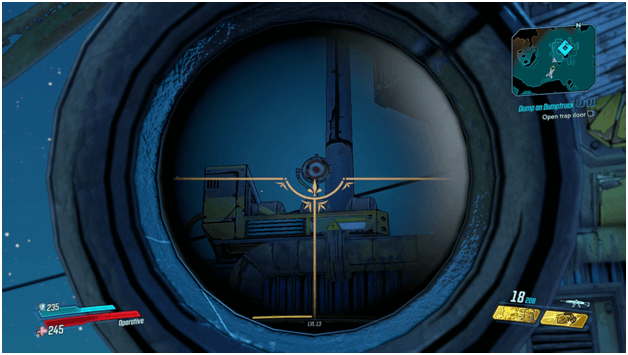 To open the trapdoor, look for the power generator which is above the area where you fought Dumptruck and you will see a target on top of it which you must shoot to power the trapdoor. 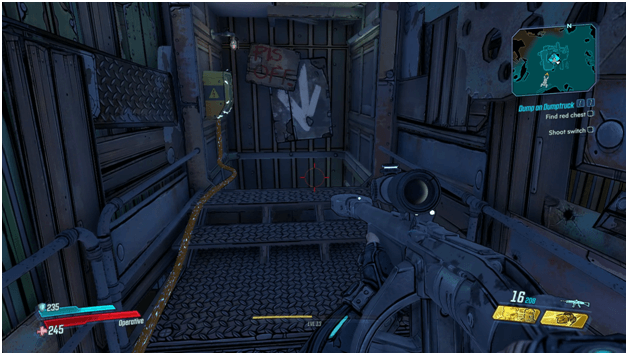 Once the trapdoor is opened, jumped down to check out Dumptruck’s stash and start looting whatever you want. 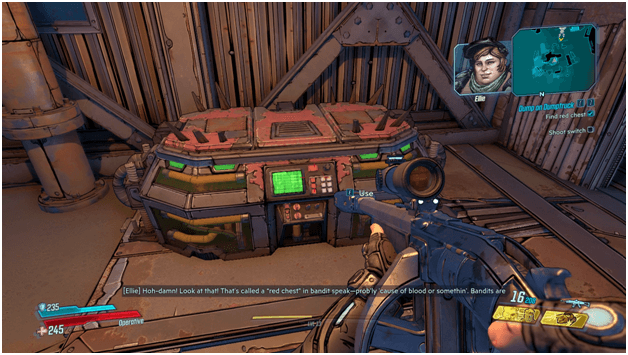 A red chest will also be available and Ellie will give an explanation about red chests which pretty much appears to be a tutorial about the red chests and other rare loot. 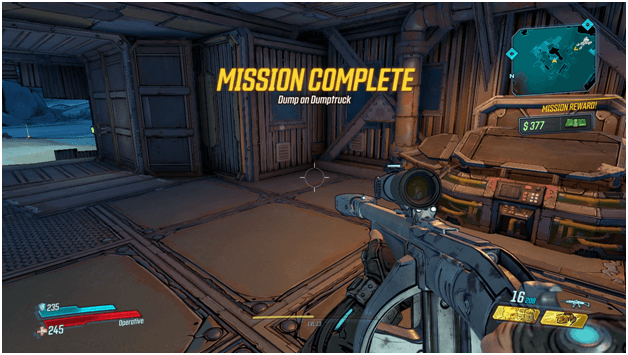 After completing the mission, you will be rewarded with around 377 cash and Ellie will also give you a rare pistol if you did the bonus objective. 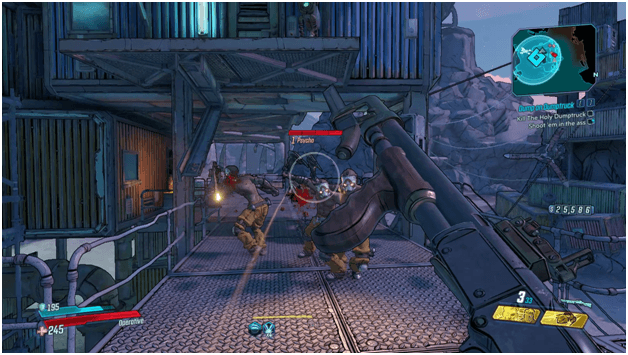