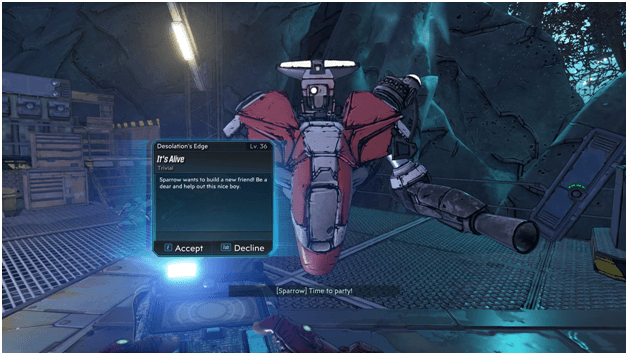 Sparrow needs your help with making a new friend while Grouse thinks it would be good for an additional set of hands, especially for defenses.

Your task is to help acquire parts for a new robot that Sparrow has put together by collecting certain parts from Maliwan. 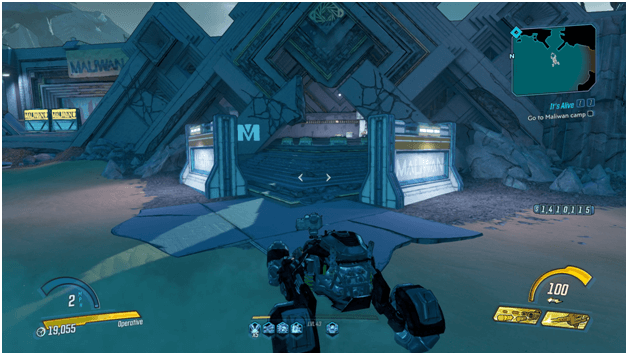 Head over to the nearby Maliwan camp where you will be collected most of the parts for the new robot that needs to be built. 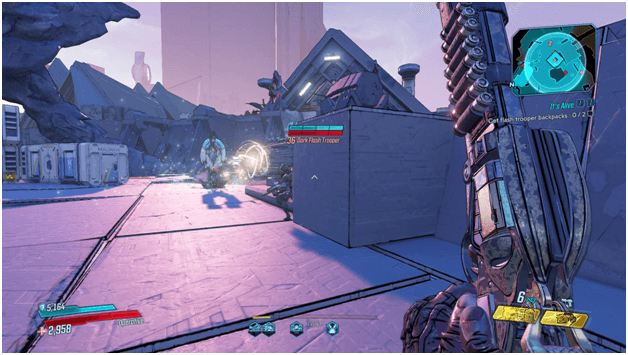 After Grouse and Sparrow keep changing their mind, you will need to collect two trooper backpacks which can be done by first killing troopers. 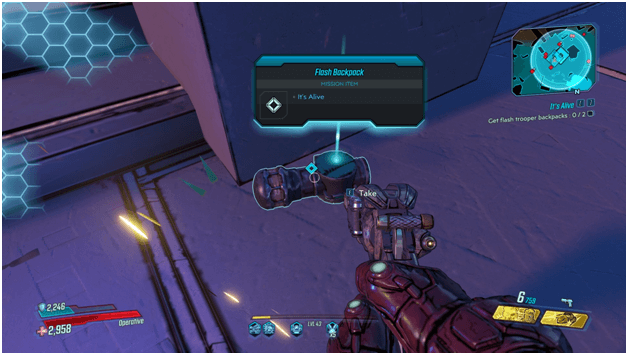 Once a trooper is killed and the objective is active, a flash backpack will drop and you will need to pick it up. 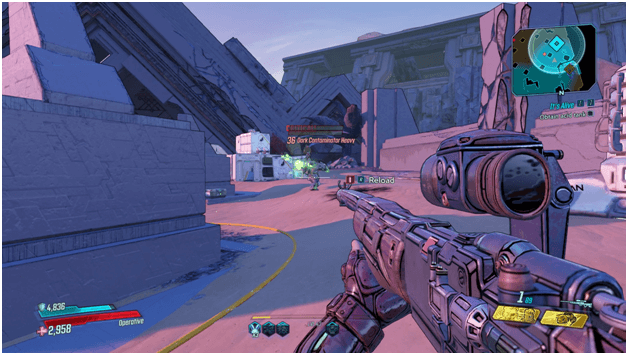 After collecting the flash backpacks, you will be instructed to obtain an acid tank from one of the heavy enemies. 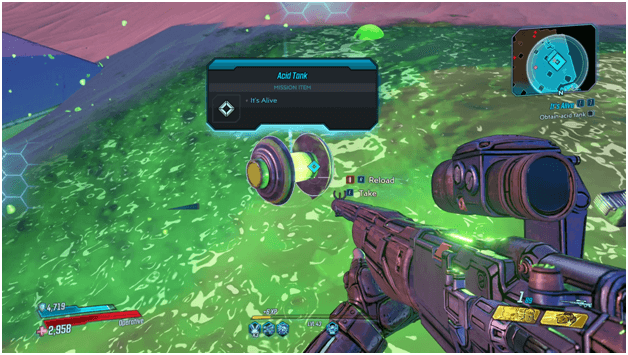 Once a contaminator heavy enemy is killed, their acid tank will drop and you are to pick it up shortly after it drops. 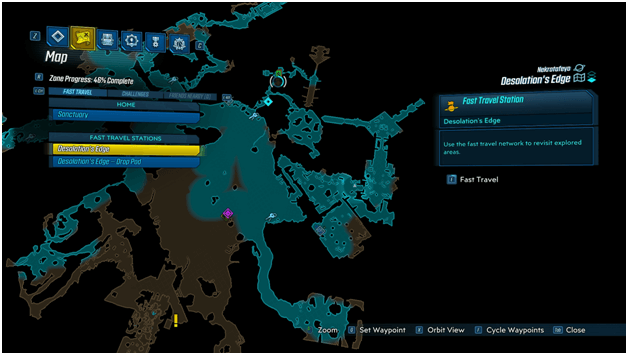 After collecting the acid tank, you need to get the last part which is an AI chip for the robot but the two won’t know where to get it and you will instead plan it out on your own. 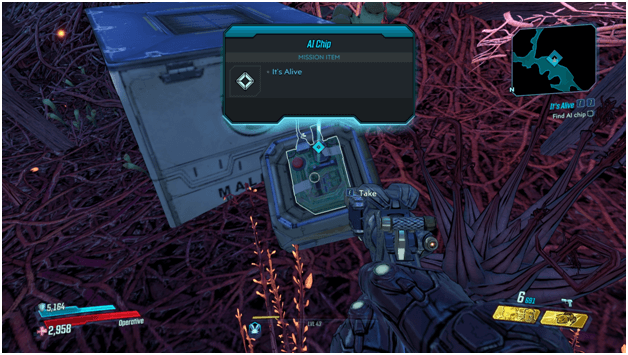 A waypoint will be set to a location nearby the research center which makes it easier if you would fast travel there and pick up the AI chip on foot.

Putting Together The New Robot 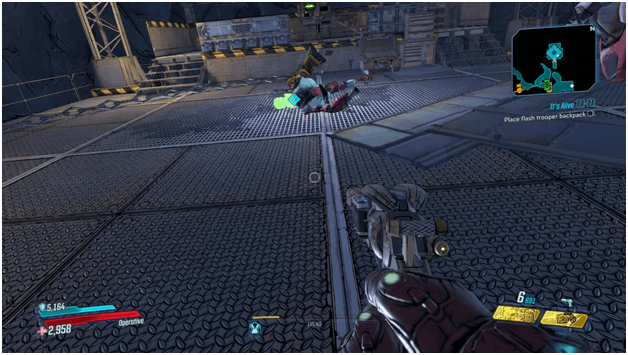 Once you have collected all of the parts required to build the robot, head to the research center and make your way to the robot lying on the floor. 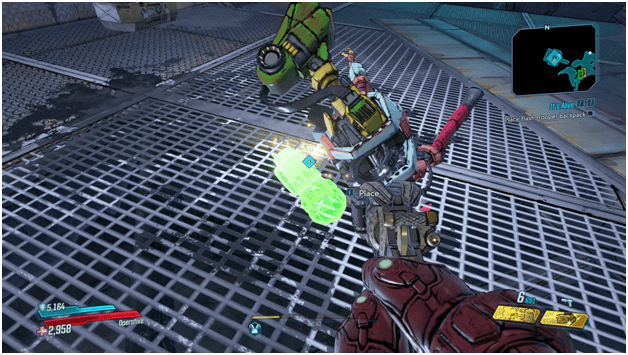 You will first need to place the backpack in the marked area which you will then need to manually push into the robot. 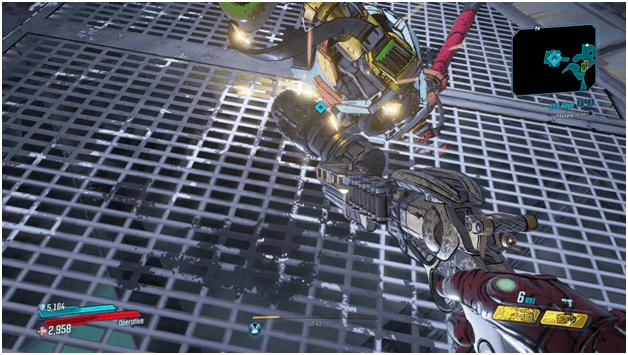 Use your melee attack to hit the jetpack and push it into the robot’s back to move on to the next part. 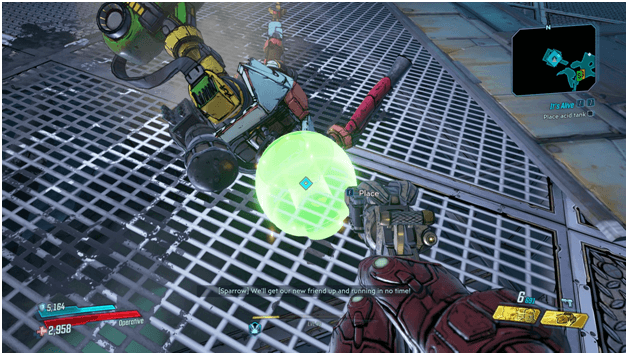 You will next need to place the acid tank in the marked location where you will also do the same thing to connect it to the robot. 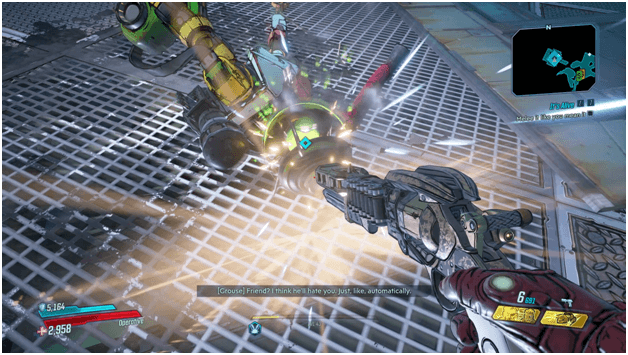 Using your melee attack once more, hit the part until it is properly in place which will make the robot almost ready to function.

Powering Up The Robot 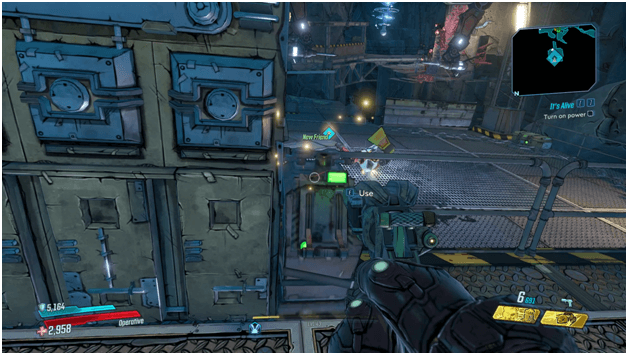 Once the parts have been placed, head over to the nearby switch so you can power up the robot with electricity. 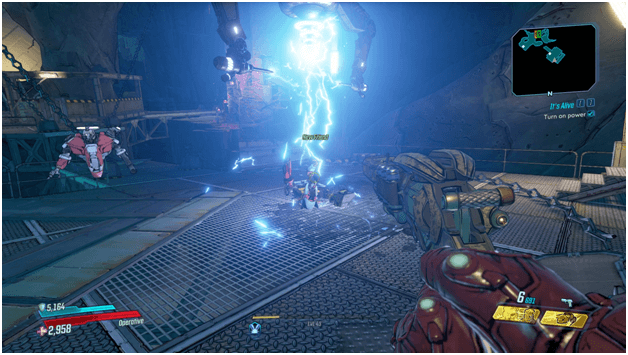 Sparks will go flying and electricity will be sent to the robot, causing it to stand up and hover in place. 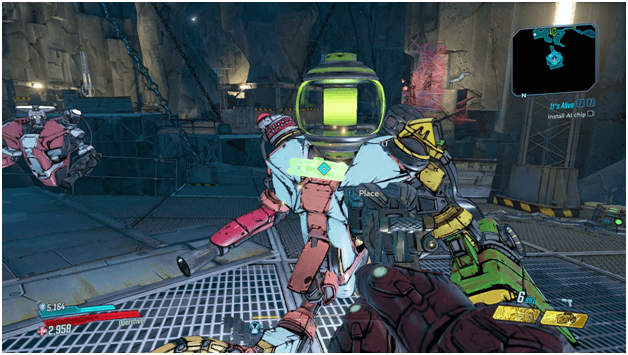 Place the AI chip inside the robot to give it a mind so it can think which will finally bring it to full function. 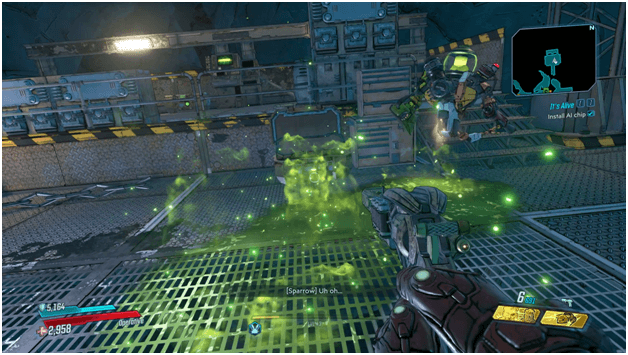 The robot will not be as planned and will instead be in a lot of pain and suffering, going crazy and losing function. 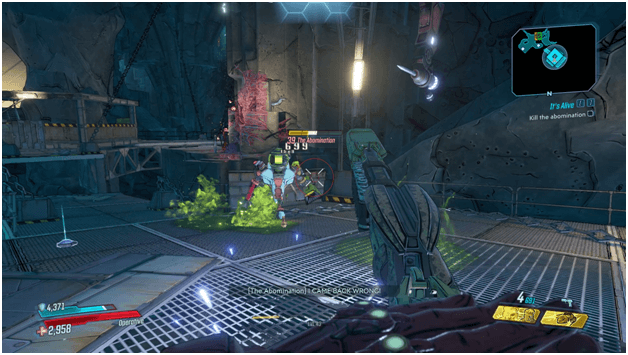 You will have to put the robot out of it’s misery and destroy it as a type of mercy killing which will eventually end with Sparrow saying a few words and the mission completing. 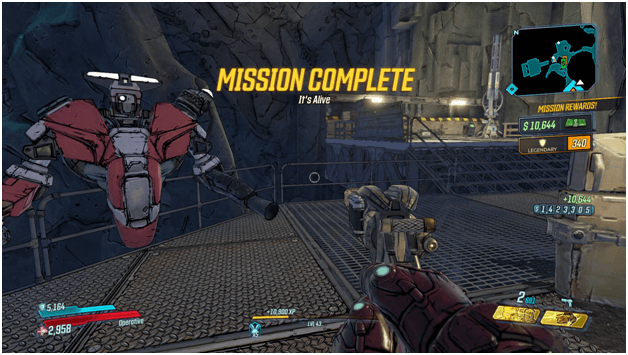 Upon completion of the mission, you will be rewarded with around 10,644 cash and “The Transformer” legendary shield mod. 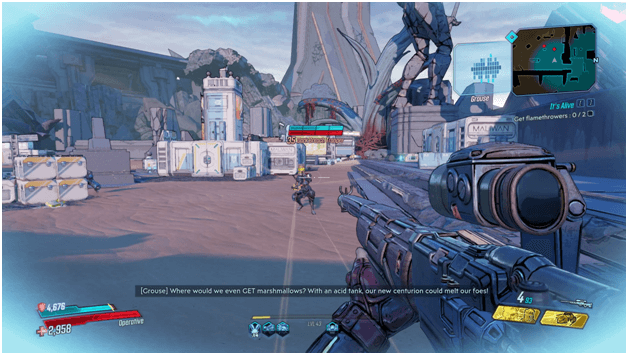