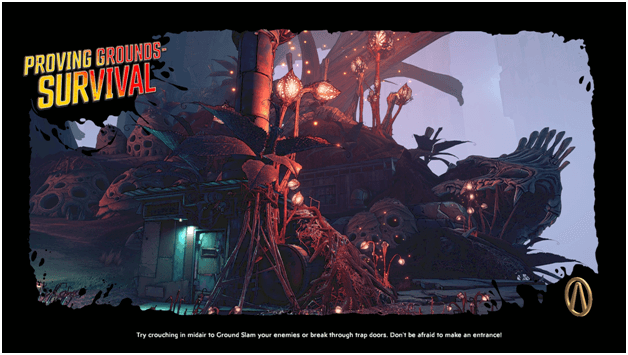 The Trial Of Survival mission is one of the first Eridian Proving Ground missions that you may encounter once you hit level 50 and most likely have finished the game.

During the mission you will be put against enemies from Pandora which mostly consists of the wildlife, meaning you will be facing skags, spiderants and varkids. 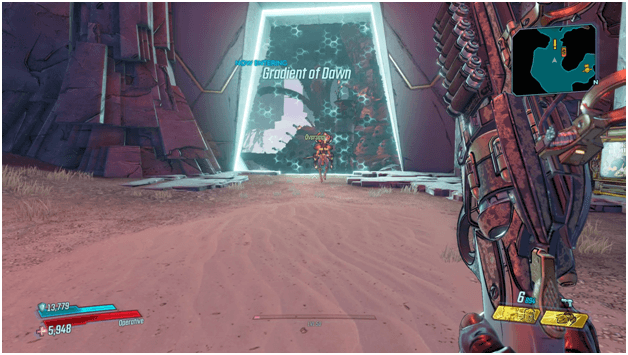 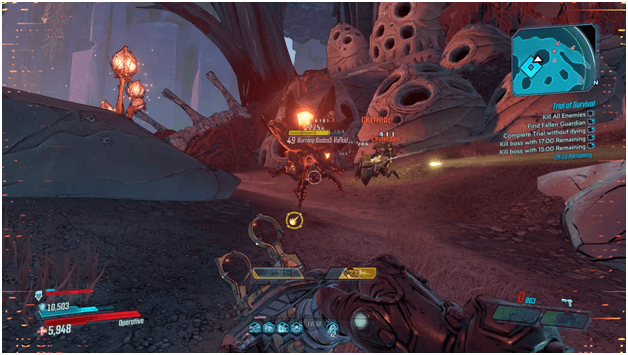 Once you enter the first area, you will be facing spiderants and varkids which will be spawning at the same time. 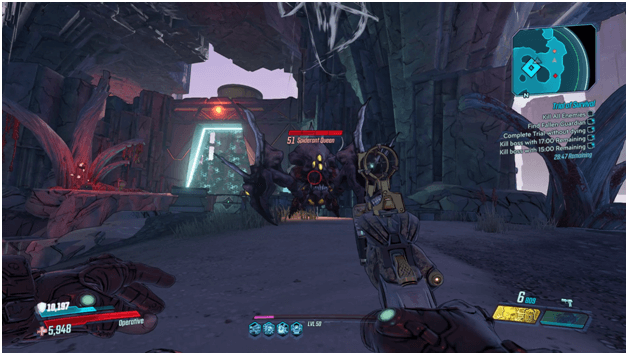 When you have almost finished all the enemies, a Spiderant Queen will spawn which you must kill before moving to the next area. 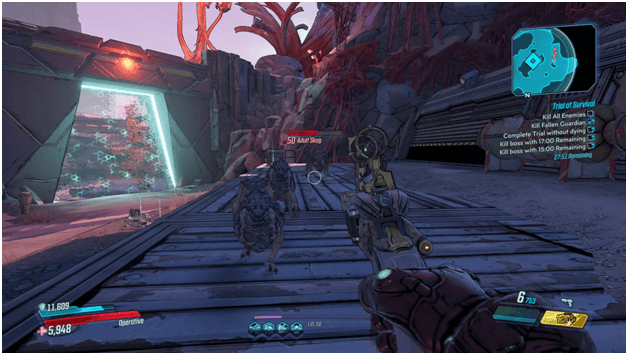 In the second area, several skags will be spawning continuously but there will also be varkids appearing in every now and then. 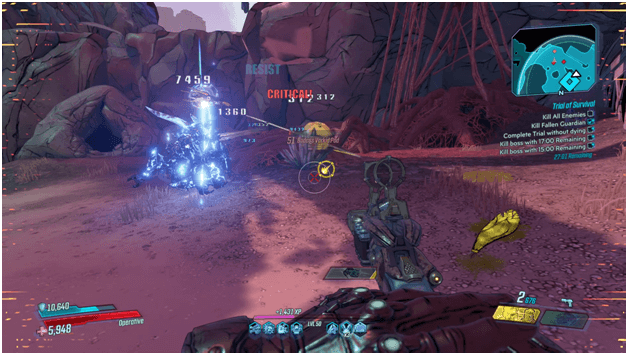 There is also a high chance for elemental and even badass skags to spawn into the area which will bring an even greater challenge. 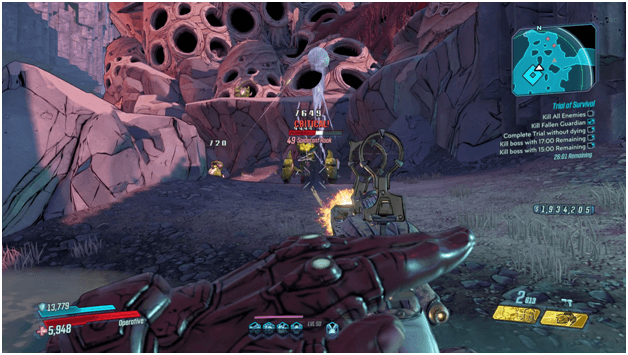 The third and last area will be a combination of varkids, spiderants and a few skags which will spawn in at different times.

Varkids will pretty much spawn most of the time along other creatures or even by themselves. 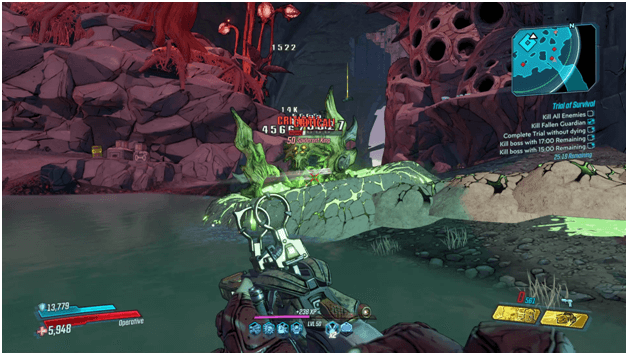 At the end of the third area you will encounter a Spiderant King which has the ability to pull you towards its location.

It is advised to take caution when facing it since dragging you can put you in a bad spot which does not only make you vulnerable to the Spiderant King but to other enemies as well. 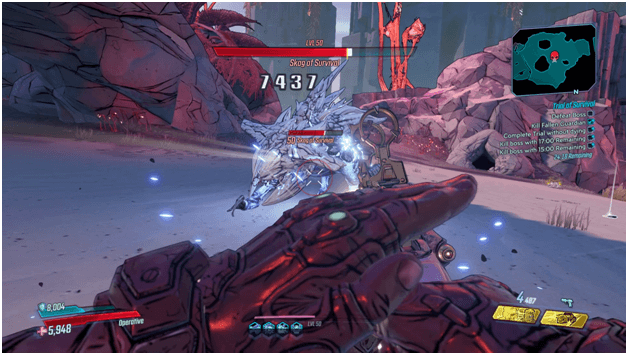 The Skag Of Survival is the final boss that you fight in the Trial Of Survival mission which is similar to a badass elemental skag. 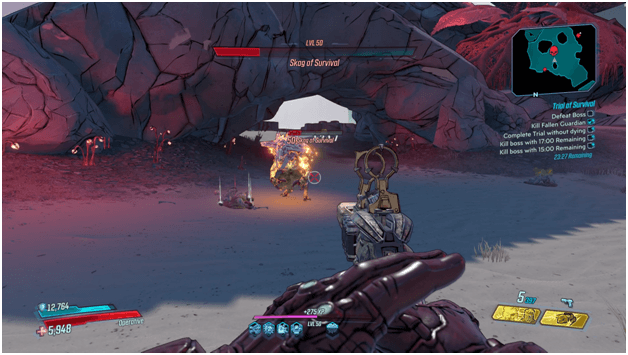 Upon having its health depleted for the first time, the Skag Of Survival will replenish its health and even change its element into another one. 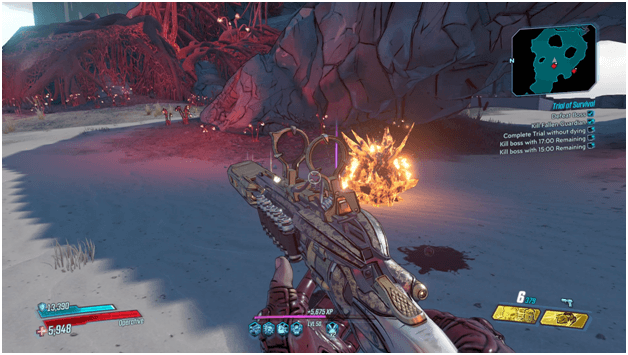