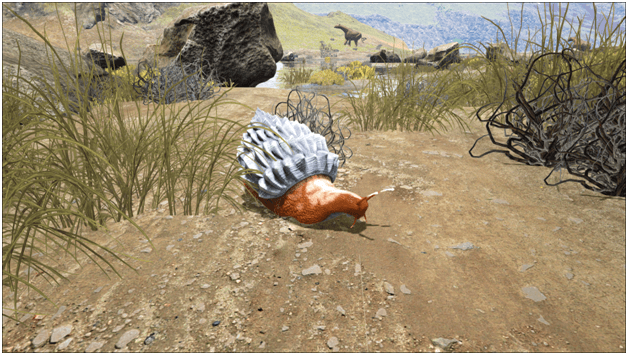 The Achatina Limusegnis is a large insect with a herbivorous diet that appeared during the Holocene period and has a passive temperament.

It is a quite defenseless creature and will attempt to or hide in its shell when it is threatened with no means of fighting back.

Achatina can be seen wandering around helplessly, feeding off of plants and are usually prey to larger creatures, especially in swampy areas.

An Achatina will ignore everything around it, including survivors and predators but it will attempt to hide in its shell if threatened, eventually leading to its capture or death.

Tamed Achatina are able to produce a paste that can be used by survivors for crafting and have an affinity with organic polymer which allows them to store and preserve it longer than other methods of storage. 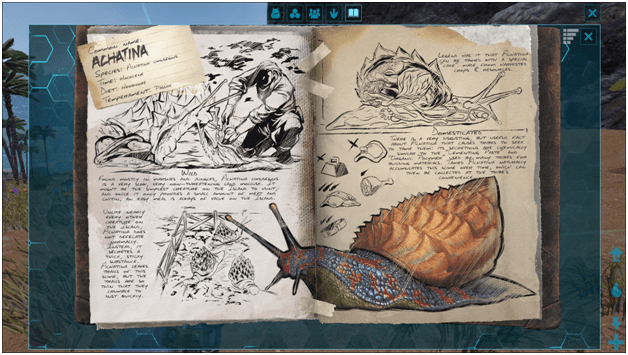 Achatina pose absolutely no threat to anything and can easily be a low source of resources and can make a pretty decent quick meal for survivors on the go.

Instead of defecating, the Achatina secretes a sticky, thick substance which leaves a trail that some survivors pick up for later usage.

Since the Achatina has an affinity with metal, carrying metal ores causes the resource to have a reduction of weight on it. 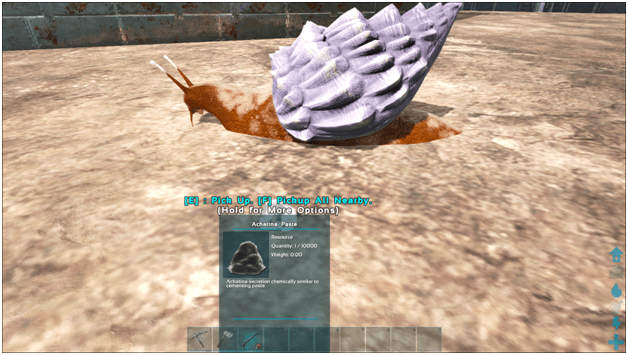 When the Achatina is set to wander, it will produce Achatina Paste which is a viable substitute for Cementing Paste that can be collected from its inventory.

Achatina will also drop trails of Achatina Paste as a substitute to defecating.

Aside from generating Achatina Paste, the Achatina will also produce Organic Polymer which can be collected from its inventory.

Achatina can store organic polymer which also reduces the time it takes for it to despoil by around 3 times less the original time.

The Achatina may be useless when it comes to all other aspects but with its ability to generate both Achatina Paste and Organic Polymer, tribes will benefit from collecting such resources from one ore more of these creatures.

How to Tame Achatina? 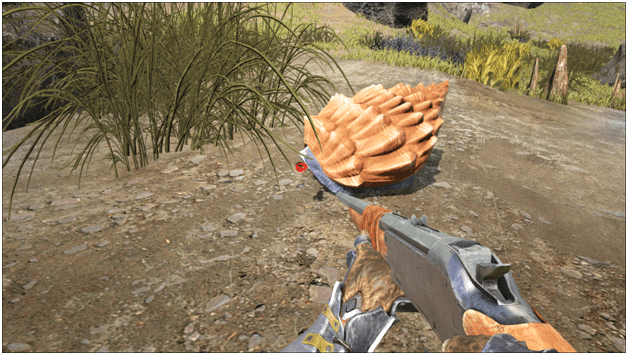 Achatina will do nothing but hide in their shell when they are threatened, making it easy to tame them but take note of the fact that hitting their shell will reduce the effectiveness of weapons and aiming for their softer parts is a suggested method of taming.

These creatures will only eat one thing, Sweet Vegetable Cake which can be created from harvested crops and other resources and serves as both its food for taming and the only food that it will eat when it is hungry.

Achatina are very small creatures and may not be ridden by their owners but instead they are kept as pets or placed in a pen for farming the resources they produce.

Achatina can not be bred which means survivors must tame multiple of them if they wish to have a collection of them for farming. 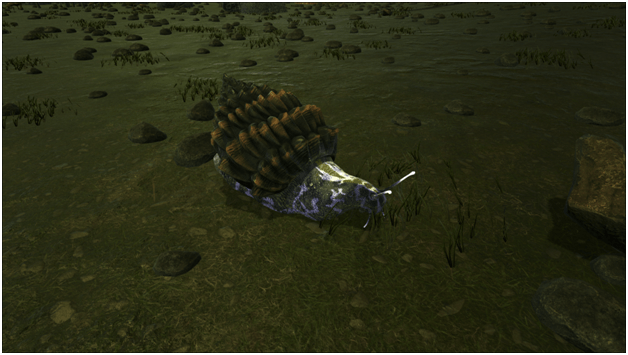 The Aberrant Achatina may only be found in the Aberration map.

The best place to search for Achatina is to take a look in swamps or jungles near the swamps and keep a look out as their slow movement makes it sometimes difficult to notice them.

Maps where the Achatina spawns:

The following are spawn maps where the Achatina can be found 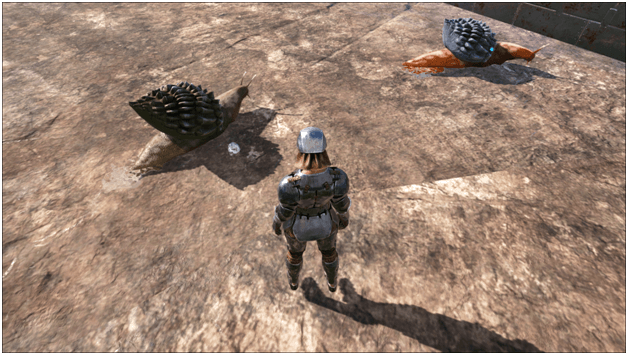 Tribes that do not have a direct or nearby source for Cementing Paste as well as Polymer can tame several Achatina to provide a substitute for these materials in the time being.

Achatina are some of the easiest creatures to kill in the game and will easily be killed if left on its own.

The main purpose of taming an Achatina is to gather resources that have been harvested from it but other than that, they are mostly useless for other tribes.