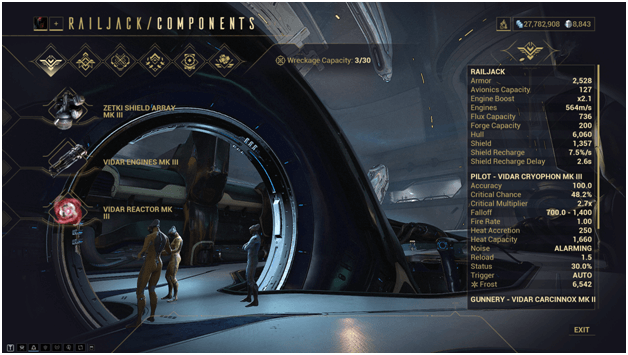 Railjack Components provide the stats for your ship and allow it to function better when upgraded to higher tiers.

Components play an important part for your Railjack as they will make it stronger when swapped with better ones, allowing you to take on more difficult missions and survive against stronger enemies.

The Shield Array provides your Railjack with shields which are drained before damage can be done to the hull of your ship.

Shield Arrays affect the maximum amount of shields the Railjack has, the time it takes for the shields to replenish and the amount that is replenished over time.

Engines affect the speed at which the Railjack can travel as well as the speed it goes when using its boost.

Reactors determines the Avionics capacity as well as the Flux Energy capacity the Railjack has.

How To Get Railjack Components? 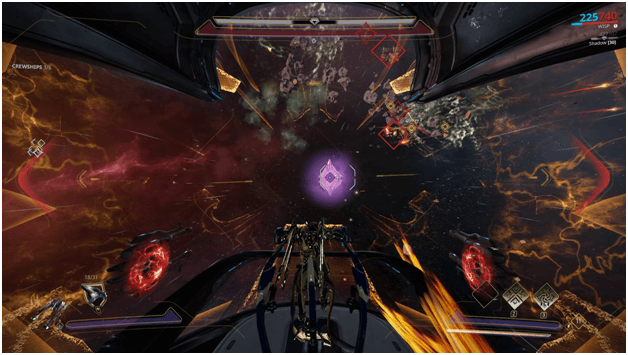 Components may drop from specific enemies during missions and may appear as a purple drop which may be obtained when approached. 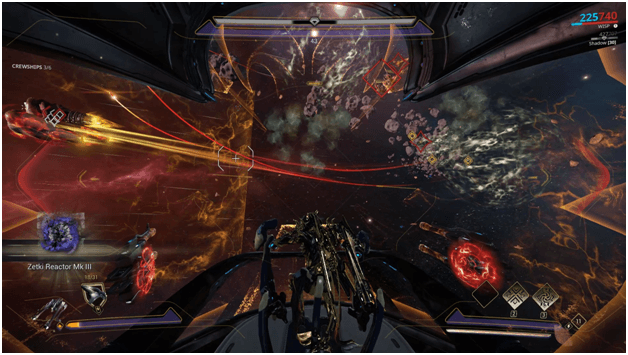 When finishing a Railjack mission, there is a chance for you to receive a component as a reward along with other resources.

Where To Get Railjack Components? 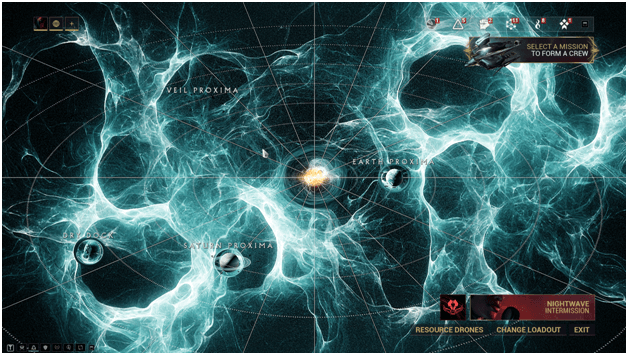 It is possible to obtain Railjack components in any mission but depending on the Proxima that you are doing a mission in, the drops and rewards may vary.

The following is the drop system for Railjack components: 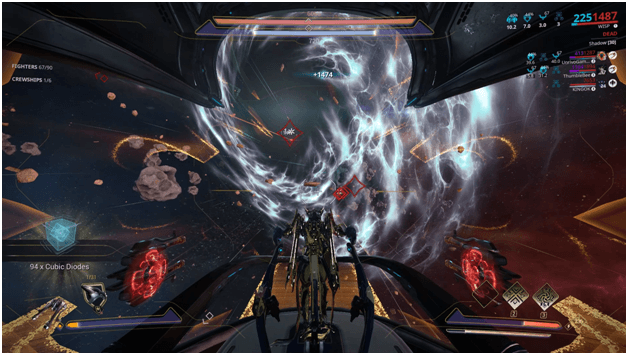 If you aim to farm Railjack components, your best choice is to choose the easiest mission that you can complete in whichever Proxima you are farming in.

Farming in Gian Point in the Veil Proxima is currently one of the best places to get tier 3 (MK III) components since it is easy to finish due to the fact that there are no additional objectives other than defeating the crew ships and fighters. 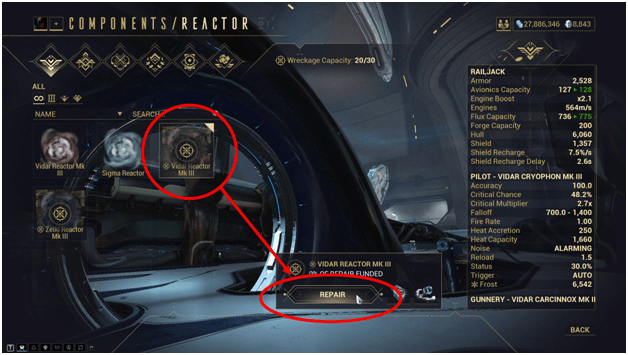 Component blueprints, known as wreckage that you obtain in Railjack missions will be stored in your Railjack inventory which is where you select the parts you wish to equip.

From the components menu, pick a component you wish to build and select repair to begin crafting it which will take 12 hours before it can be used but this can be sped up by using 20 platinum.

Resources will need to be provided in order for you to craft the Railjack component that you have selected.

Take note that having a full wreckage inventory will result in any other blueprints being scrapped and turned into Dirac. 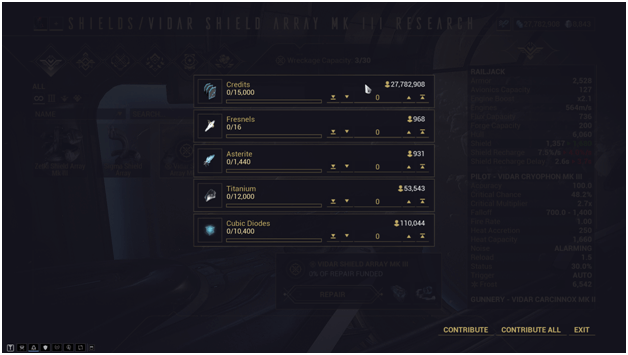 Components of the same tier will have the same cost in resources while higher tiers will require a larger amount.

Here are the following repair costs for the components: 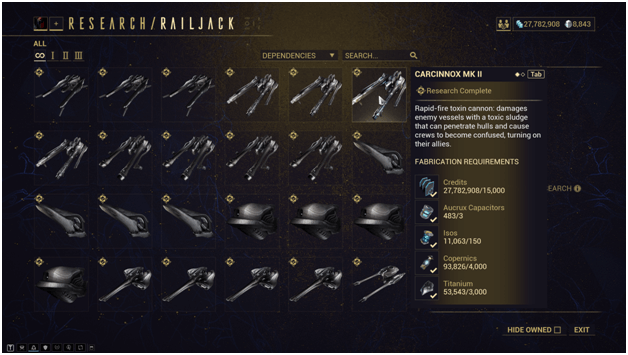 You can use the Lavan, Vidar and Zetki components once you have built them while the Sigma components must be researched in order to be acquired but will be usable right away. 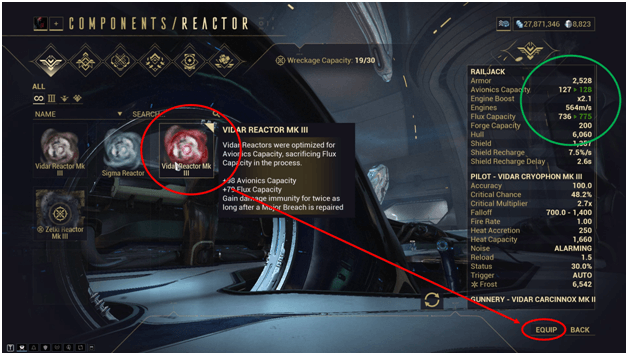 Once you have acquired a Railjack component and have repaired (crafted) it, you can equip it from its menu by simply selecting it and choosing equip or double clicking the component. 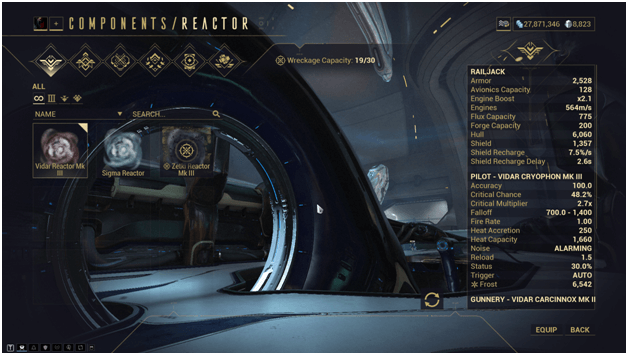 Different houses will have higher numbers when it comes to certain stats and each of the houses will also have their own bonuses when they are tier 3 components. 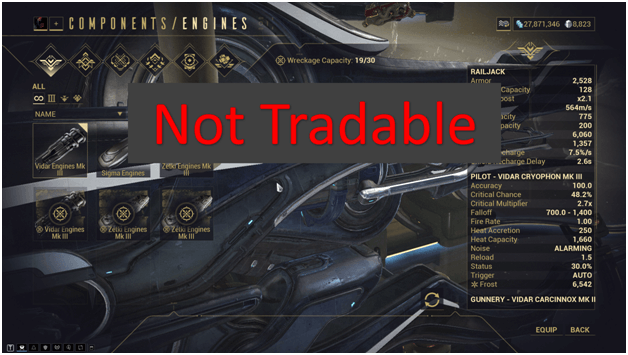 Railjack components are currently not tradable which will make it more reliant to actually go out and farm for the certain components you wish to have for your ship.

Since the stats of the components are mostly different regardless of being the same house and tier, farming for better components often will result in a stronger Railjack. 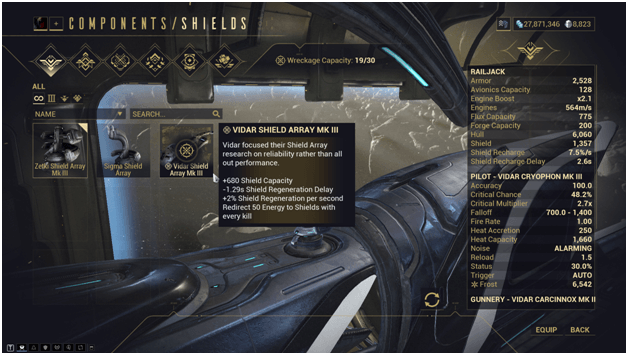 MK I Shield Arrays give an increase in shield capacity while MK II will add a reduction to the regeneration of shields and MK III will increase the amount of shields that regenerate. 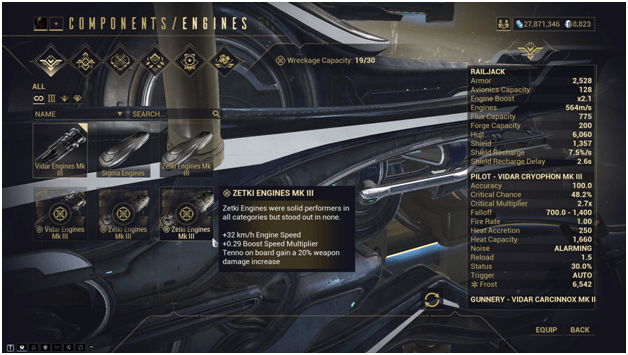 The higher the tier of the Engines that are equipped, the higher the total speed it has and the addition of increased speed and boost multiplier also come in to play with higher tier ones.

MK I Engines will have an increase in base speed of the Railjack while MK II will gain a boost multiplier which increases the speed when the ship uses its boost.

MK III has both the increase in base speed as well as the boost multiplier while also increasing the normal speed of the ship before applying the bonus stats. 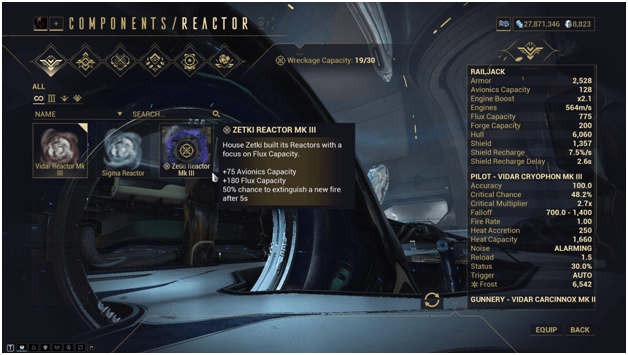 Lavan remains a lower tier but is more balance amongst the two while Vidar leans more towards Avionics capacity and Zetki to Flux Energy. 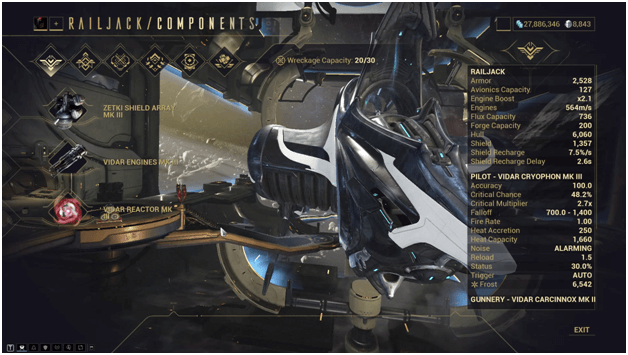 MK III components are the best of all of the tiers and this is because aside from the higher stats provided, there is also a bonus stat which is added.

Depending on the house and the component that is selected, there will be different bonuses that can improve the Railjack during missions. 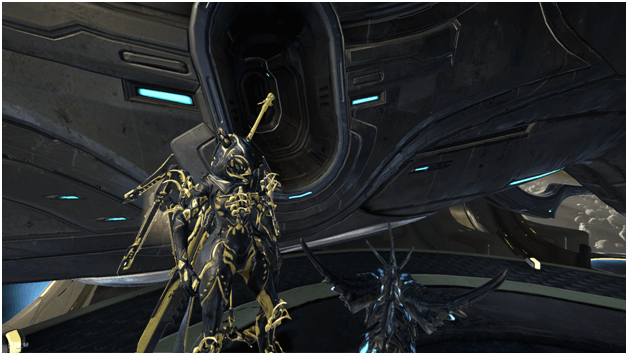