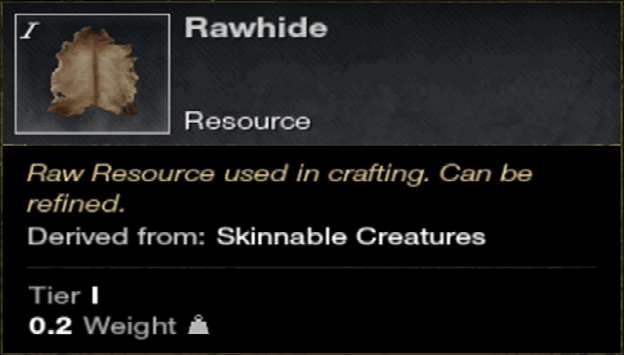 Rawhide is one of the most basic resources in the New World that you can easily get as you start the game and have killed a few creatures.

This is obtainable and related to the Skinning Trade Skill, which involves obtaining resources from creatures that you have killed.

Rawhide on its own is a basic material but can, later on, be used to craft more resources that are needed from crafting several pieces of equipment.

How To Get Rawhide? 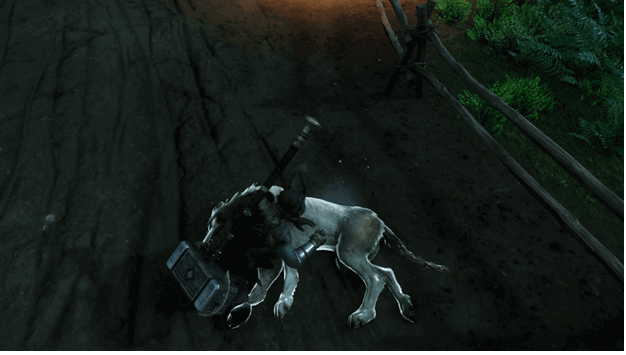 Rawhide can be obtained by skinning creatures that have been killed and the larger the creature as well as the higher its level, the more of this resource you will get.

The creature’s size can usually play a big role in farming Rawhide and you will most likely want to target medium to large creatures.

Later on, as you progress to higher-level areas, you will be able to obtain a fair amount of Rawhide from creatures that you kill.

Some of the best creatures for farming Rawhide include Wolves, Bears, Bison, Boar, Lions, Elk, Alligators, and other larger variants.

Most of Aeternum has Gold veins hidden all over but these are not easily found by most players, but you can find a lot in Brightwood, Mourningdale, and the Restless Shore.

Rawhide is refined at a Tannery to create refined resources as well as some of the Work Order mission items that you get.

You can also use Rawhide to make the Wooden Longsword weapon, which can be used by beginners if they are just starting.

The following can be crafted with Rawhide:

As you are starting in the New World, the amount of Rawhide you get may be quite small, even for some of the larger creatures that you kill.

Eventually, as you progress to more difficult areas, you will notice the amount of Rawhide that you receive will be much higher.

Rawhide is necessary for a lot of crafting due to the other leathers and materials that it may be converted into, which makes it good to have a high amount for later.