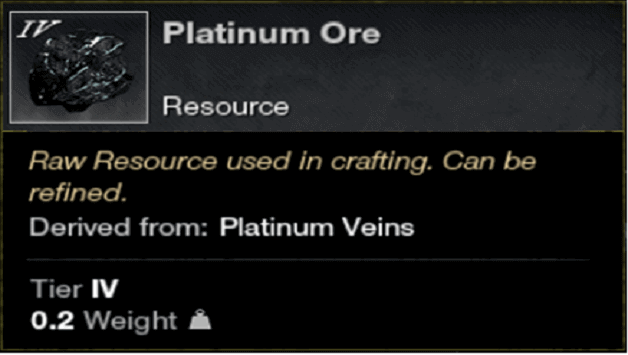 Platinum Ore is one of the higher-tier types of ore that you can obtain after you have progressed quite a bit in New World. This resource becomes handy when you need to make Platinum Ingots, which will, later on, be used in crafting different kinds of items.

You can distinguish this Tier 4 resource by the silverish color it has through its cracks, which are visible on Platinum Veins.

How To Farm Platinum Ore? 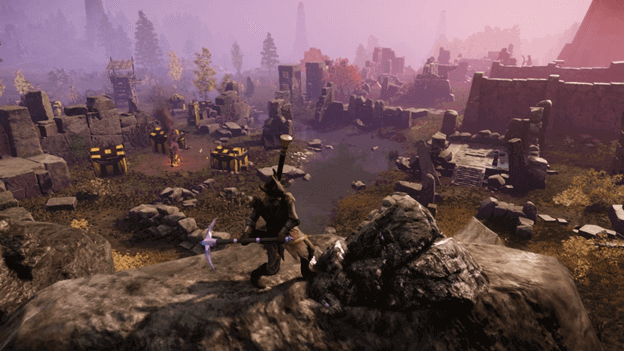 You can get Platinum Ore by using a Mining Pick on Platinum Veins, which are more common in higher-level areas in the game.

Although these are hard to find in lower-level areas, you can get this resource in some starting places but only in small amounts.

Below are some but not all of the best places to mine Platinum Ore in Aeternum and most of these areas are best explored when you have reached higher levels.

Platinum Ore is needed for smelting and can be used to make Platinum Ingots, which are later useful for Jewelcrafting, Weaponsmithing, Engineering, and Arcana.

Some of the popular Tier 4 weapons such as the Dowsing Blade, Tearsteal Rapier, Hulking Berserker’s Battleaxe, and more.

During your earlier travels, you are not likely to find a lot of Platinum Veins to mine Platinum Ore but you still may find them on lower-level territories.

There are a few nodes that can be found in Everfall, Windward, First Light, and more but sometimes other players tend to farm these as well.

Your best bet is to try to progress first so that you can later farm these when you can handle the enemies in the tougher territories or grab what you need in small amounts.