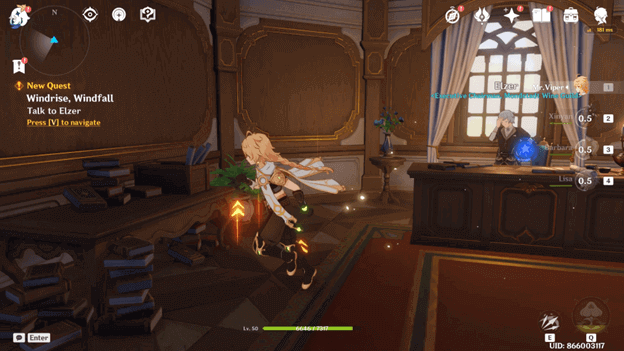 Elzer needs your help as the roads nearby the Dawn Winery have been blocked off which is causing problems for their business.

As the Knights of Favonius are currently occupied, Elzer has asked if you could help him in making sure the roads are cleared out.

During this quest, you will need to head to each road and check out what is causing the problems, getting rid of them in the process.

How To Get Windrise Windfall Quest?

The Windrise Windfall world quest becomes available once you have completed Prologue Act III – Song of the Dragon and Freedom.

You can start this quest by talking to Elzer, who is located within the Dawn Winery behind a desk shown on your map by a world quest marker. 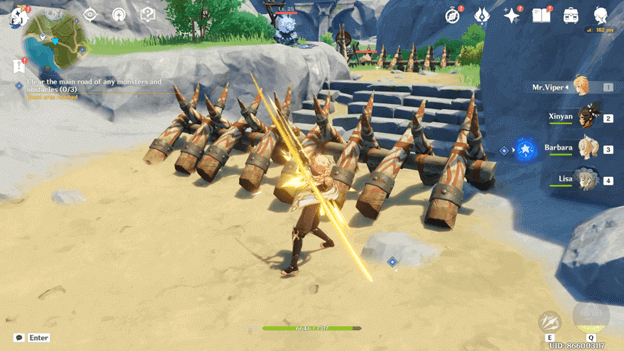 To start the quest, you will need to first speak to Elzer and he will explain the situation about what is going on in the area.

After talking to Elzer, the location of the roads with problems will be marked on your map so you can find them easily.

There will be three locations on your map that are marked, which will be northwest, north, and west of the dawn winery.

You will need to head over to each of the locations to clear out enemies as well as the obstacles that they have placed blocking the paths.

The following are the enemies you will encounter in each of the locations:

You will need to defeat all the enemies in each area and destroy the obstacles that are blocking the roads to consider it as cleared.

After you have cleared all of the areas, head back to Dawn Winery and speak with Elzer, who will thank and reward you.

After you have completed the Windrise Windfall quest, you will receive Adventure EXP and Mora as well as additional rewards. 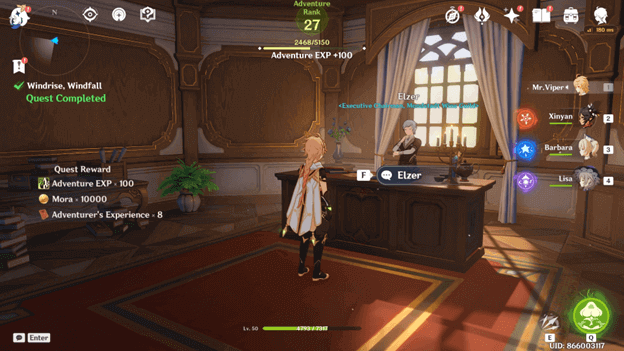 The Hilichurls have created some mischief around the surrounding roads of Dawn Winery for some reason but luckily you were around to help.

Now that the roadblocks and enemies have been cleared out, Dawn Winery should not be having any more trouble.

Elzer is grateful for your assistance but does believe he should have reported the incident to Diluc in the first place.