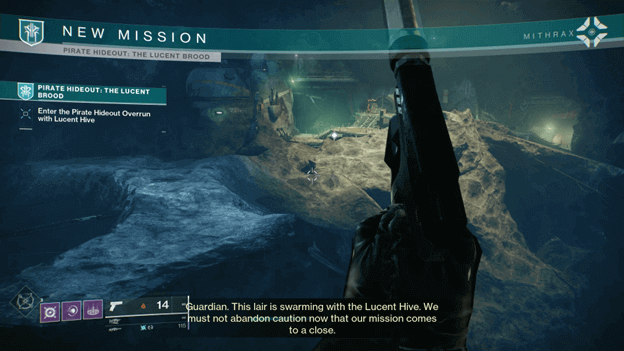 After recently completing an expedition, you have found the location of the last Relic of Nezarec, which is in the hands of The Lucent Brood.

It appears that as you were heading for the Pirate Hideout, Eido has gone off on her own to obtain the relic by herself.

Why she thought things could be handled without violence, but things will not go the way she had planned, and you will need to save her.

How To Get Pirate Hideout The Lucent Brood Mission?

You will obtain the Pirate Hideout The Lucent Brood mission during the 59th quest step of the Sails of the Shipstealer Seasonal Quest. This can be found in the destination menu when you are viewing the H.E.L.M. 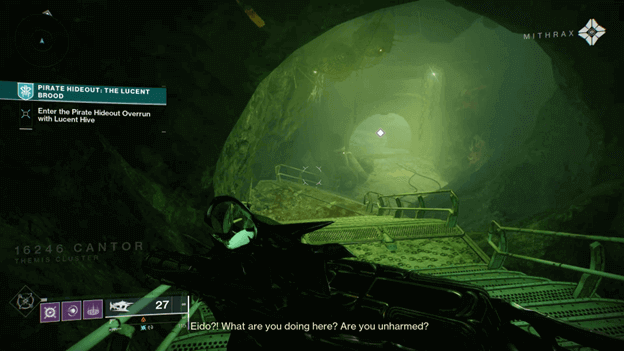 As you approach the entrance to the hideout, you will be told by Mithrax how important it is that you complete the mission but Eido will interrupt and say your presence is not required.

It appears she is already inside and has made an attempt to obtain the artifact, but after the comms begin, she is interrupted as the Lucent Hive is around.

2) Take Down the Lucent Hive

You will need to head inside the entrance and fight your way through the Lucent Hive to find Eido before harm comes to her.

The area will be full of Lucent Hive enemies and you will have to clear them out before you can progress to the next area.

Eido will not be talking through comms and you will need to hurry toward the waypoint to find out what has happened to her. 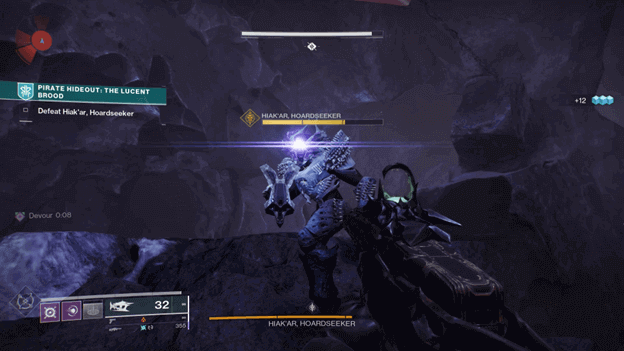 As you are searching for Eido, Hilak’ar, Hoardseeker will appear and you will have to fight him along with other Lucent Hive enemies.

Hilak’ar will fight alongside his crew and will fall back whenever you have reduced a portion of his health, which requires you to chase after him.

Once Hilak’ar has reached a certain point, you will need to fight him again until his health has been brought down by another portion.

This will need to be done until you have defeated Hilak’ar and once this is done, you will be able to head to the next room where Eido will be. 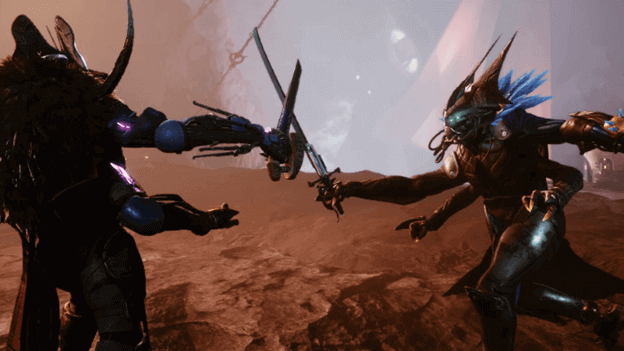 5) Break Down the Door

After defeating Hilak’ar, you will need to head over to the door and interact with it to break open it, which will cause a cutscene to play.

It is here that Eramis will be with Eido and Mithrax will rush in to attack Eramis, who he defeats but ends up sparing her life.

The mission will be complete after the cutscene.

Completing the Pirate Hideout The Lucent Brood will reward you with Glimmer as well as a legendary piece of equipment from Season of the Plunder. 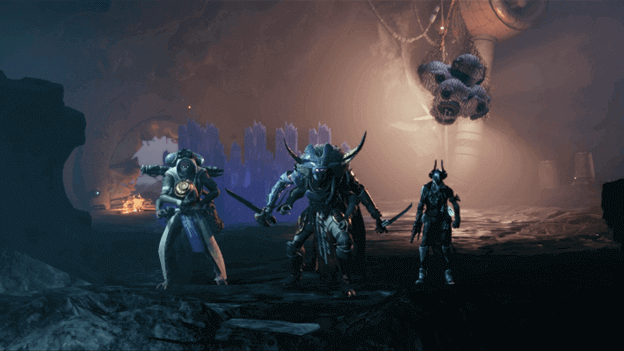 Eido may have rushed in to get the Relic but she was successful although things became rather violent when the Lucent Hive caught her.

Eramis and Mithrax had crossed blades but Mithrax had a change of heart and decided not to end her life then and there.

While Eramis has escaped, Mithrax was able to prove that he has changed, which may be a good step to fixing things with Eido.