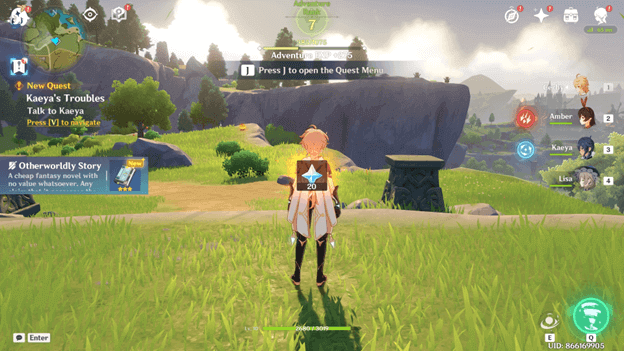 During Kaeya’s Troubles quest you will find out that Kaeya’s Grandfather is a pirate and apart from  that, there’s a letter left about the treasure according to his notes.

It is revealed that the treasure is buried in the Lost Arcadian Ruins, which you will need to find before a gang of Treasure Hoarders finds it first.

During this quest, you will be helping Kaeya figure out if there are any clues regarding the treasure, which may help find it even faster.

How To Get Kaeya’s Troubles Quest?

Kaeya’s Trouble quest is obtained after you have completed Prologue: Act 1 – The Outlander Who Caught the Wind and have reached Adventure Rank 5. 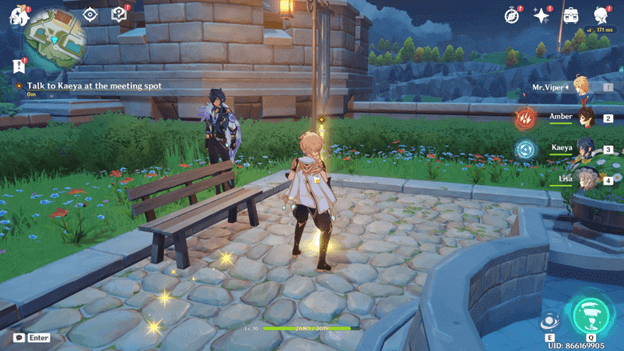 After approaching Kaeya to talk about a certain dilemma which he cannot discuss at the moment, he will tell you to meet him in the courtyard outside of the headquarters.

Once you have spoken to Kaeya, the Pavo Ocellus Chapter: Act 1 will have started and Kaeya will rush out of the headquarters.

2) Talk to Kaeya at the Meeting Spot

You will need to exit the headquarters and head to where Kaeya will be waiting by following a waypoint that leads to the courtyard.

He confesses a matter of fact about his grandfather as a pirate are also notes left by him which includes there the record of treasure.

You have been instructed to find clues and Paimon will suggest to go to the Adventurer’s Guide to see if they have any idea about this.

3) Go to Adventurer’s Guild and Listen to their Report

You need to go to Adventurer’s Guild member Cyrus, who will be marked by a waypoint to find out if they have any clues about this.

Once you have spoken to Cyrus, it will appear that they are unaware about the treasure and even ask that you report to them if you figure anything out.

During the conversation, a mysterious character will be shown briefly listening and will make a run for it, suggesting he has gotten the intel thanks to Paimon’s chattering.

You will need to head back to tell Kaeya that you asked around  the Adventurer’s Guild but no one knows about Arcadian Ruins.

After a conversation with Kaeya, he will tell you that he is getting intel from an informant that you will later need to meet up with.

The Kaeya’s Trouble quest ends after this conversation.

After you have completed the Kaeya’s Troubles quest, you will receive Adventure EXP and Mora along with additional rewards.

Additionally you will receive: 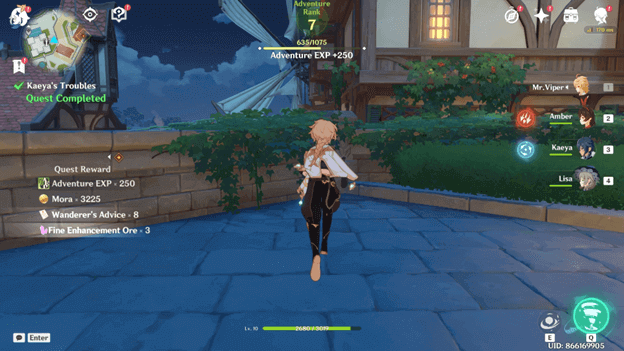 After you finish the Kaeya’s Troubles quest, you know Kaeya’s secret past of his pirate Grandfather, and you also find out about a magical sword.

Kaeya will send someone who can collect black market intel that seems to know about Arcadian Ruins.

As per black market intel rules they will send someone who we’ll meet to prevent leaks at the Whispering Woods.