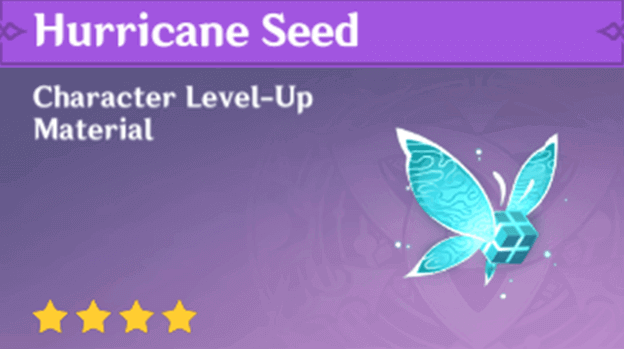 Hurricane Seed in ascension item in Genshin Impact that is needed for you to make your Anemo characters stronger after they have leveled up.

You can easily get this Character Level-Up Material by defeating one of the bosses in the game who are easy to access.

Depending on the type of ascension you will be doing with an Anemo character, these may be required in more amounts to make them stronger.

Where to Get Hurricane Seed?

How to Get Hurricane Seed? 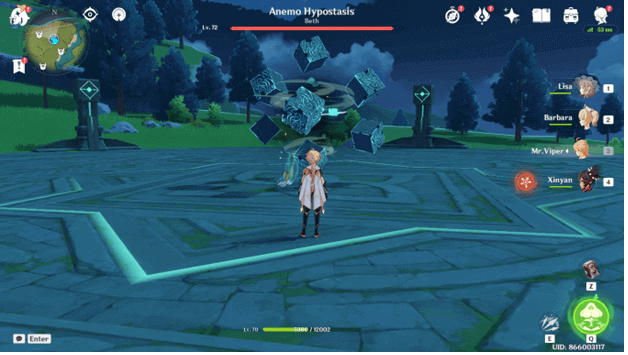 Collecting the Hurricane Seed and other rewards after defeating the Anemo Hypostasis will require that you have at least 40 Original Resin.

Hurricane Seed is one of the requirements for certain Anemo characters for their ascension and it will be consumed along with other materials to make them stronger.

Aside from being used to ascend your Anemo Character, there’s one item that can be crafted using Hurricane Seed called a Wind Catcher.

The Wind Catcher is a reusable Gadget that allows you to create a temporary wind current and requires 10 Hurricane Seeds along with other materials.

Characters That Use Hurricane Seed

There are currently 3 characters in Genshin Impact that require Hurricane Seed to Ascend and all of them are Anemo Characters.

Jean, Venti and Sucrose are powerful characters who are also good for other tactical reasons and having them ascended can be a great way to boost your team.

Hurricane Seeds may be needed in great amounts to bring these Anemo characters to their peak and will be worth the effort.

Defeating the Anemo Hypostasis is not a difficult task and the higher your world level is, the higher the chance that you will get more than one.