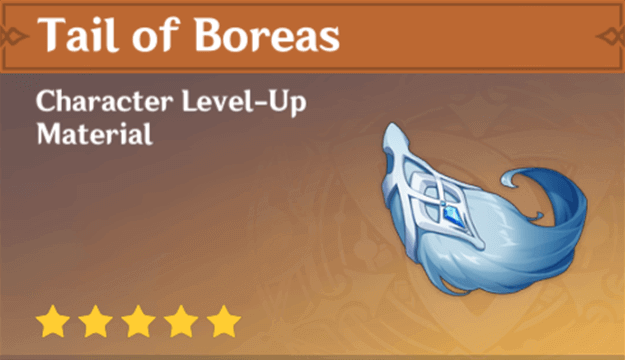 The Tail of Boreas is a rare Character Level-Up Material that is mainly used for upgrading the talent of certain characters. Obtaining this item can be challenging, if you are not prepared and it can be farmed with better chances based on the difficulty you choose.

If you want to bring your level of certain character talents higher, you will need to get your hands on this rare material.

Where to Get Tail of Boreas?

The Tail of Boreas is obtained by defeating Andrius, the Dominator of Wolves, who resides in Wolvendom. This boss becomes available after you have progressed in the game and is one of the weekly bosses that can be fought for rewards.

How to Get Tail of Boreas? 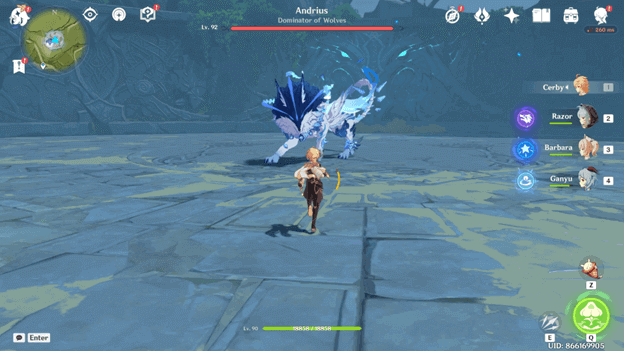 Fighting the Dominator of Wolves requires a bit of patience as the boss is quite tough and will have periods where it is almost impossible to damage it.

It is best to evade its attacks and strike at the opportune moment once he starts to slow down, allowing you to cause several elemental reactions.

There will be two stages during the fight, the second making it more aggressive, which is where you will need to be cautious.

Defeating the Dominator of Wolves will cause a Trounce Blossom to appear, interacting with it will require 30 Original Resin or 60 if you have used up your weekly reductions.

Characters That Use Tail of Boreas

You may use the Tail of Boreas to level up the talents of 4 characters in the game, all of them have different elements.

The following characters use Tail of Boreas:

Your world level will affect the difficulty of Boreas, increasing his level and the damage he can do to you, which means you need to be prepared.

During the fight, he will often slow down, which allows you to attack him but be prepared to dodge when he gets ready to slash at you.

Being one of the higher-tier bosses, you will only be able to obtain rewards from defeating him once a week and will need to wait for the weekly reset.