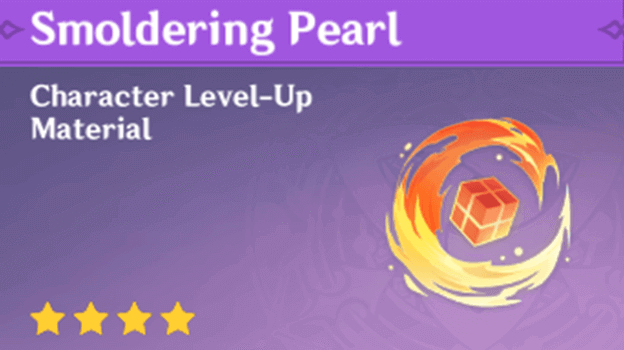 If you are on the hunt for a Smoldering Pearl or a few of them, you most likely may have Thoma or Yoimiya in your roster and might want to make them stronger.

Smoldering Pearl is a Character Level-Up material that is used for specific characters when it comes to bringing them to their full potential.

While this resource may not be abundant on most of the map, there is one place you can head over to one of the islands in Inazuma to obtain it.

Where to Get Smoldering Pearl?

The Smoldering Pearl will only drop from the Pyro Hypostases, which is a boss found on Kannazuka within the Inazuma region.

You can find the arena where the Pyro Hypostasis can be encountered Northwest of Kujou Encampment and can teleport near it if you have unlocked the Teleport Waypoint.

How to Get Smoldering Pearl? 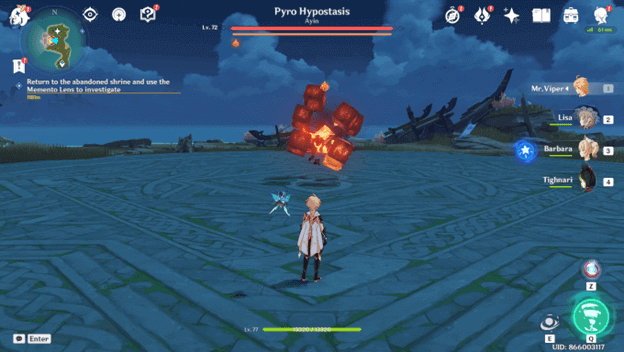 Obtaining Smoldering Pearls can be a bit challenging at first due to the Pyro Hypostasis being a bit tougher than most Hypostases that you may have met in the past.

It has a Pyro shield which protects it from damage that needs to be destroyed but this can be easily done by causing elemental reactions, especially Vaporize.

Once its shield is gone, you can start dealing damage and will have to prevent it from bringing the shield back when it attempts to refill it by causing elemental reactions.

Once you have defeated the Pyro Hypostasis, a Trounce Blossom will appear and you can obtain rewards by interacting with it, which consumes 40 Original Resin.

The Smoldering Pearl is a Character Ascension Material that can only be used for a select few Pyro Characters in Genshin Impact.

Once the eligible Pyro characters have reached a certain level, they will require Smoldering Pearl and other materials to ascend to higher levels.

Characters That Use Smoldering Pearl

There are currently 2 characters in Genshin Impact who use Smoldering Pearl to Ascend. They both are Pyro Characters.

By the time you reach Inazuma, you will most likely already have increased your world level, and this will give you a higher chance to get more Smoldering Pearls.

The Pyro Hypostasis can be quite tough, and it is best to make sure you have a character that can heal as well as a Hydro character.

Barbara is a great choice for this since she can cause Vaporize and heal her allies, making her excellent along with other characters who can trigger elemental reactions.