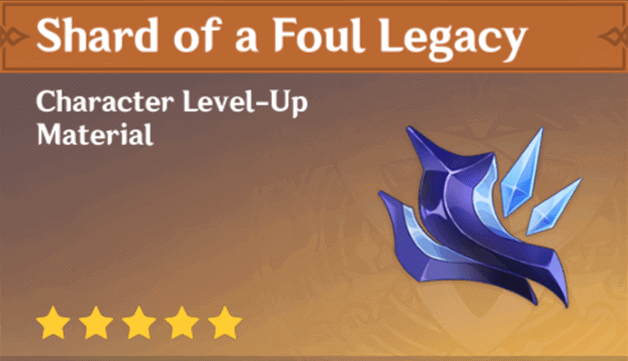 If you have gotten your hands on a few new characters, some of them may require the Shard of a Foul Legacy to become stronger. Such new characters may use this Character Level-Up Material to upgrade their talents to provide more benefits in combat.

While this material is rare, obtaining it is as easy as fighting a boss, but this depends on the characters you bring as some find him challenging to face.

Where to Get Shard of a Foul Legacy?

The Shard of a Foul Legacy can be obtained by fighting Childe in “Enter The Golden House” Domain, which puts you up against a fight you have done during an Archon Quest.

You can find “The Golden House” to the south of Liyue Harbor and may challenge the boss once a week for a chance to get a Shard of a Foul Legacy.

How to Get Shard of a Foul Legacy? 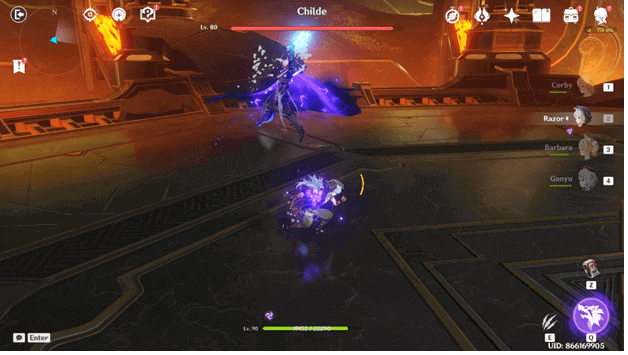 Fighting Childe will require that you get used to dodging certain attacks but since he is quite arrogant, there is a lot of opening.

Sometimes you can evade almost every attack and dish out damage while he is taunting you, allowing you to let in a few elemental reactions.

Bringing a healing character to your party can improve your chances of survival and bringing foods for healing or buffs can give you the upper hand.

Childe will have 3 different transformations and will become stronger each time with new attacks as you fight him.

Once Childe has been defeated, you will be able to interact with the Trounce Blossom to obtain rewards, which may include Shard of a Foul Legacy.

The Trounce Blossom will require 30 Original Resin or 60 if you have already fought 3 bosses within the current week.

Shard of a Foul Legacy Uses

Characters That Use Shard of a Foul Legacy

As of now, there are only 3 characters in the game that use Shard of a Foul Legacy when it comes to leveling up their talents.

The following characters use Shard of a Foul Legacy:

Childe can be quite the challenge due to his many forms and deadly attacks but if you get used to dodging them, the fight can be a walk in the park.

It is best to trigger elemental reactions often to deal higher amounts of damage as he can become quite durable at higher levels.

You may fight this boss once a week for rewards and will have to wait for the next weekly reset before interacting with the Trounce Blossom again.