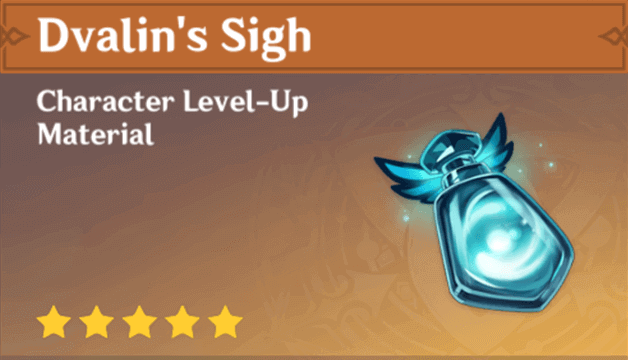 Dvalin’s Sigh is one of the endgame character level-up materials that can be used to upgrade the talents of certain characters.

This is a rare resource as you can only obtain it once a week and before doing so, you need to take on a powerful opponent.

With a good amount of Dvalin’s Sigh, you will be able to make your characters stronger than ever, allowing you to face tougher challenges easily.

Where to Get Dvalin’s Sigh?

To obtain Dvalin’s Sigh, you will need to enter the Memories: Storming Terror domain, which is where you will fight Stormterror.

You can find the domain in Stormterror’s Lair, which is also the place where they have already fought the dragon in the past during an earlier Archon Quest.

How to Get Dvalin’s Sigh? 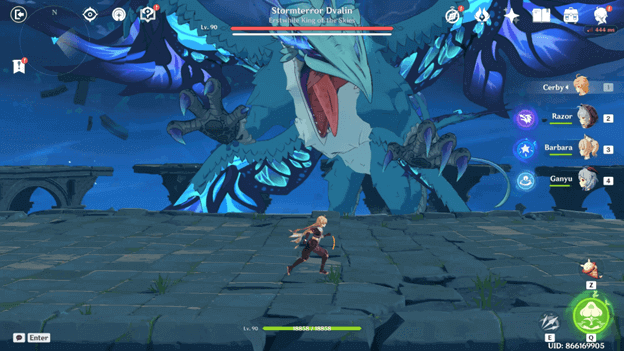 Dvalin’s Sigh may take a bit of time to obtain due to the length of the boss fight and this is based on what characters you are using.

You will need to break its shield by dealing damage to it whenever it gets close to the platform and avoid its other attacks.

Upon destroying its shield, you can start damaging its health when it is knocked out and may deal a significant amount if you climb its back to attack the crystal.

This must be repeated until you have defeated the dragon, which causes a Trounce Blossom to appear that you can interact with to obtain the rewards.

Using 30 Original Resin is required, and this will give you a chance to get Stormterror’s Sigh as well as other rewards.

Dvalin’s Sigh is required to upgrade the talents for a certain number of characters, which also includes your main one, the Traveler.

Aside from being used to upgrade talents, you can convert Dvalin’s Sigh into Dvalin’s Claw or Dvalin’s Plume with the use of Dream Solvent.

Characters That Use Dvalin’s Sigh

The following characters require Dvalin’s Sigh when it comes to upgrading their talents to higher levels in the game:

Having a good strategy for taking down Stormterror will make farming Dvalin’s Sigh a walk in the park, especially when you can deal a lot of damage.

It is best to memorize the few attacks that Stormterror has so that you can wait for the right moment to strike with an all-out attack.

With the limit on how many times you can obtain Dvalin’s Sigh (once a week), it is best if you fight this boss every week to get a good amount of rewards.