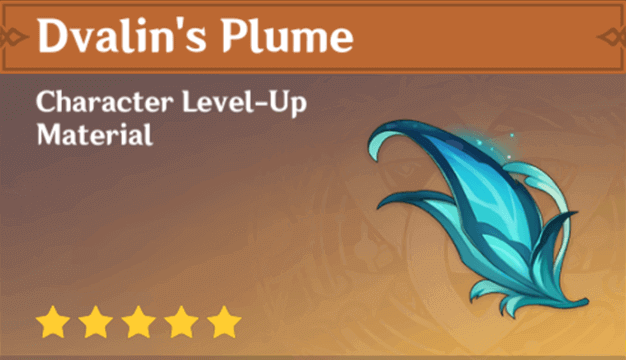 Dvalin’s Plume is one of the rarer materials that may take a while to obtain due to the limitations you have based on ingame resets.

When it comes to upgrading character talents in Genshin Impact, you will most likely be focusing on rarer Character Level-Up materials such as this one.

While this material is not easy to get a lot of, it can be obtained quite easily if you are prepared to take on a powerful boss.

Where to Get Dvalin’s Plume?

Dvalin’s Plume can be obtained by defeating Dvalin, also known as Stormterror, and confronting this dragon can be done via its domain in Stormterror’s Lair.

How to Get Dvalin’s Plume? 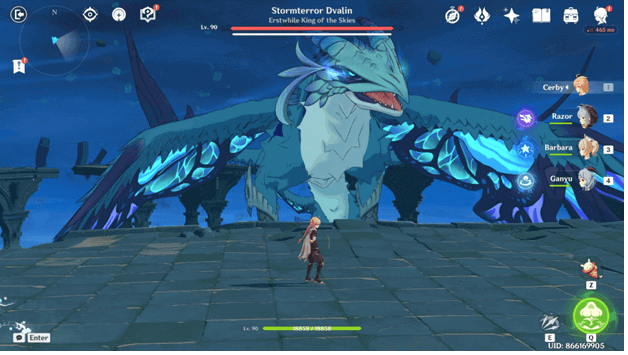 After entering the domain in Stormterror’s lair, you will immediately be set on to battle the dragon and will have to avoid its attacks and wait for an opportune moment to strike.

Your best bet in taking down this creature is to make sure you get enough hits whenever it approaches the platform to take it down.

The crystal on its back is its weak spot and once you have stunned Dvalin, you can climb on its back and attack the crystal.

This must be repeated until you defeat the boss, which later allows you to interact with the Trounce Blossom which will provide you with its rewards.

You will need 30 Original Resin to obtain the rewards from the Trounce Blossom, which may include Dvalin’s Plume as well as other rewards.

Dvalin’s Plume is used to upgrade the talents of a few characters in Genshin Impact, which is mainly once they reach their peak levels.

Aside from being used to level up talents, Dvalin’s Plume may also be used along with Dream Solvent to be converted into Dvalin’s Claw or Dvalin’s Sigh.

Characters That Use Dvalin’s Plume

The following characters can have their talents upgraded with Dvalin’s Plume:

Confronting Stormterror can be quite the challenge for newer players but once you have gotten a good team assembled, you can easily take it down.

It is a good idea to make use of elemental reactions to do good amounts of damage to it and save your Elemental Bursts for when the dragon has been stunned.

You will only be able to obtain rewards from defeating Stormterror once a week and it’s best to remember to do this with each reset.