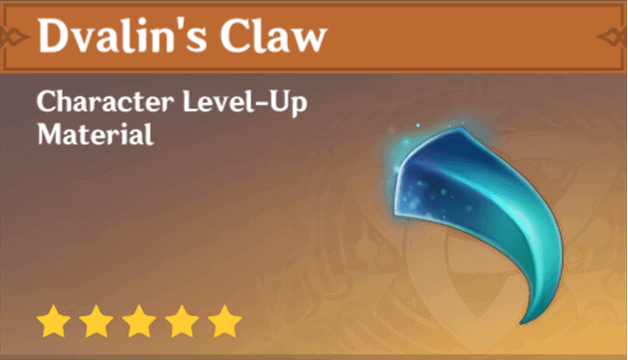 Some characters can become more efficient once you have upgraded their talents, but some of them require materials that are sometimes rarer to get.

The Dvalin’s Claw is one of these items because not only do you have to fight a challenging boss, but you only get a chance to get it once a week.

Certain characters require this material when upgrading their talents to higher levels and the rewards for doing so will make it much easier for you to take down your enemies.

Where to Get Dvalin’s Claw?

Dvalin’s Claw can be obtained from the Memories: Storming Terror domain of any level but is easier to get at higher difficulties. You will need to head towards its domain within Stormterror’s Lair to face off against Dvalin, also known as Stormterror.

How to Get Dvalin’s Claw? 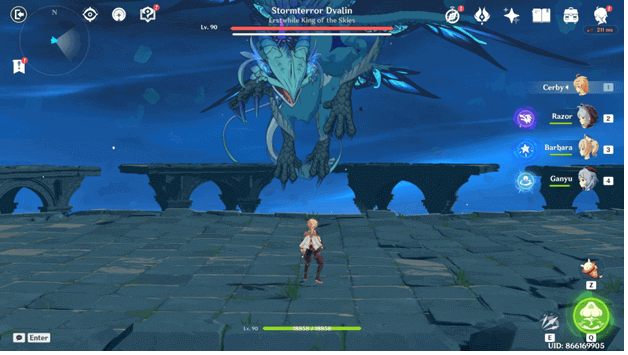 The fight will begin with you being attacked by Stormterror shortly after you arrive on one of the platforms.

You will need to wait for him to come within range but characters with bows can deal a small amount of damage to their shield by that time.

Once he is near the platform, you can attack him, which will deplete his shield and eventually knock him out so you can start to damage his health.

After Stormterror has been knocked out, you will need to climb onto its back to attack the crystal, which will deal a significant amount of damage to him.

Repeat this until Stormterror is defeated and afterward, you can claim the rewards from the Trounce Blossom for 30 Original Resin, which may include Dvalin’s Claw.

Dvalin’s Claw is used to level up character talents of specific characters beyond level 6, bringing them to their peak.

Aside from being used to level up character talents, you can also convert it into Dvalin’s Plume or Dvalin’s Sigh with Dream Solvent.

Characters That Use Dvalin’s Claw

There are a total of four characters that require Dvalin’s Claw when leveling up their talents beyond level 6 and they are the following:

Since Stormterror is one of the endgame bosses, you will only have a chance to obtain Dvalin’s Claw once per week.

It is best to fight Stormterror once a week to obtain its rewards just as you would with the other endgame bosses for good rewards.

While Storterror may be a tough opponent, bringing the right team and causing elemental reactions can make the fight much easier.